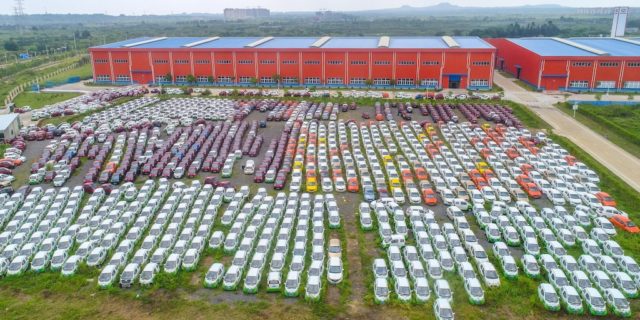 Kandi Technologies announced Wednesday that it will launch two electric vehicles in the US in August, and that the cars will be available for delivery by the end of the year.
Shares of the company have skyrocketed nearly 350% in the last two days.
The Chinese company is a competitor of electric vehicle-makers Tesla and Nio.
Watch Kandi Technologies trade live on Markets Insider.
Read more on Business Insider.

Shares of Kandi Technologies have surged as much as 350% from Tuesday’s close, fueled by the electric-vehicle maker’s announcement that it will launch two of its cars in the US next month.

Kandi Technologies is a Chinese electric-vehicle maker that competes with the likes of Tesla and Nio. On Tuesday, Kandi America, its US subsidiary, announced that customers will be able to put down $100 fully refundable deposits for two of its vehicles, the K27 and K23, starting August 18. See the rest of the story at Business Insider

The best blood pressure monitorsScience is discovering how to predict leadership success, and it starts with 5 personality traitsJeff Bezos is about to defend his Amazon empire before Congress. Here’s how the richest person in the world makes and spends his $178 billion fortune.

West Hartford Aims to Be Connecticut’s Next Foodie Paradise