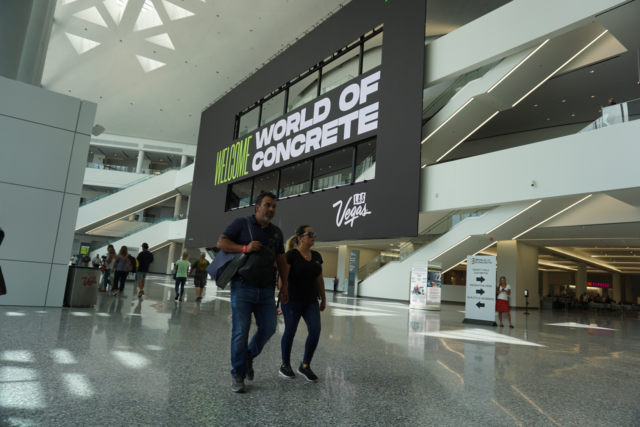 As one industry wit put it: “The construction industry closed down Vegas and now we’re opening it back up.”

It has been a long journey between the 2020 ConExpo — with its impending-doom daily news cycle — to the 2021 World of Concrete. As I took the new Loop tunnel from the Central Hall area to the new West Hall, the Tesla driver (alas, not autonomous yet) played the song “Flash Light.”  A catchy tune, one that captured the mood as we emerged out of the tunnel into the bright 90-degree-plus sun. 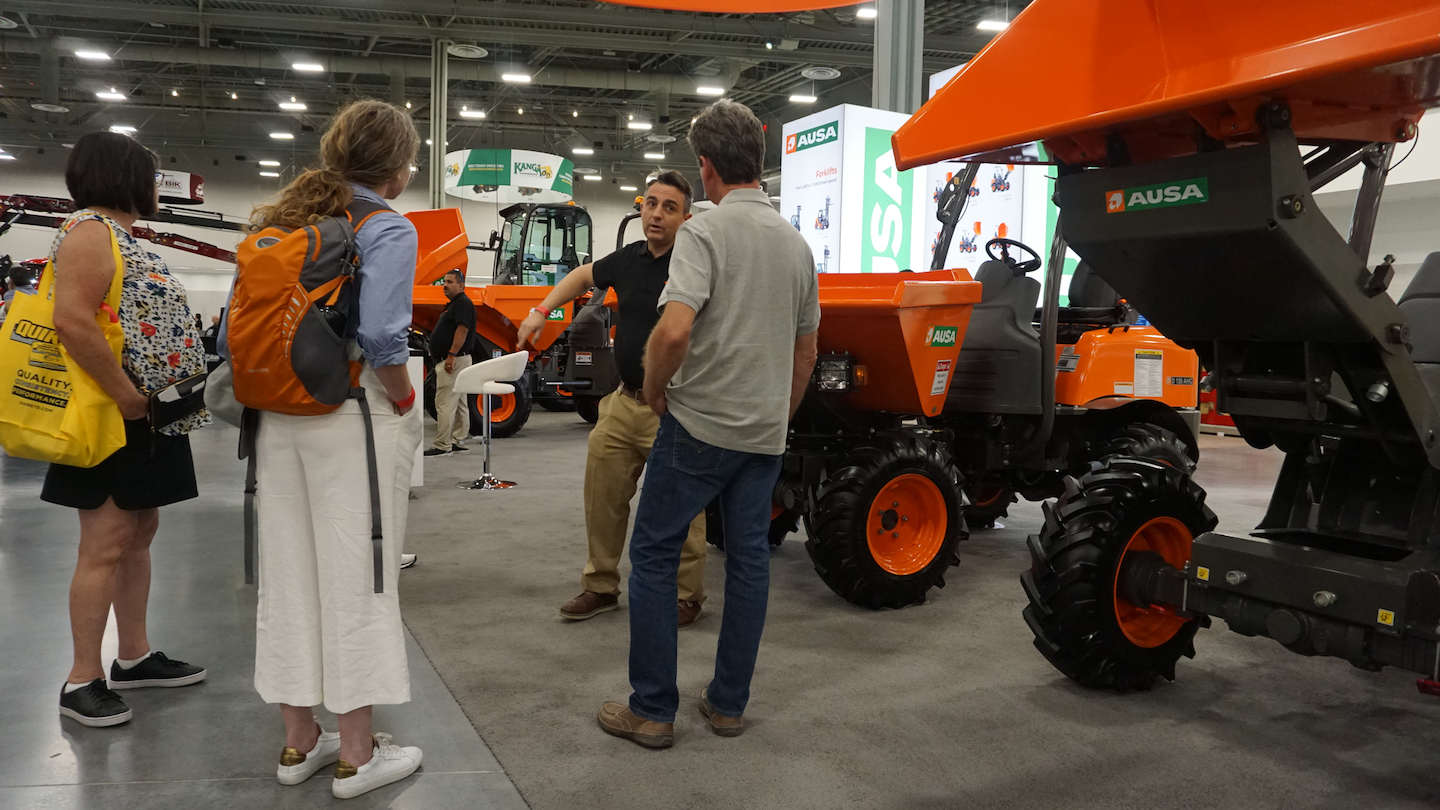 Show floor conversation at the 2021 World of Concrete.Equipment World

As trade shows go, it was a soft start. No stats have been released as of this writing, but one doesn’t need the data to know attendance and the number of exhibitors were down. One exhibitor told me with a shrug, “Well, we’re here.” Another exhibitor indicated that “98 percent of my visitors were other vendors.” I even heard that old low-attendance trade show saw of “we didn’t get many visitors, but the ones who showed up were quality.”

But, damn, I think everyone would agree that it was good to see and be seen. And most of us could see each other — following CDC guidelines, masks became recommended, not required. About 90% of attendees were happy to keep that irritant in their back pockets. 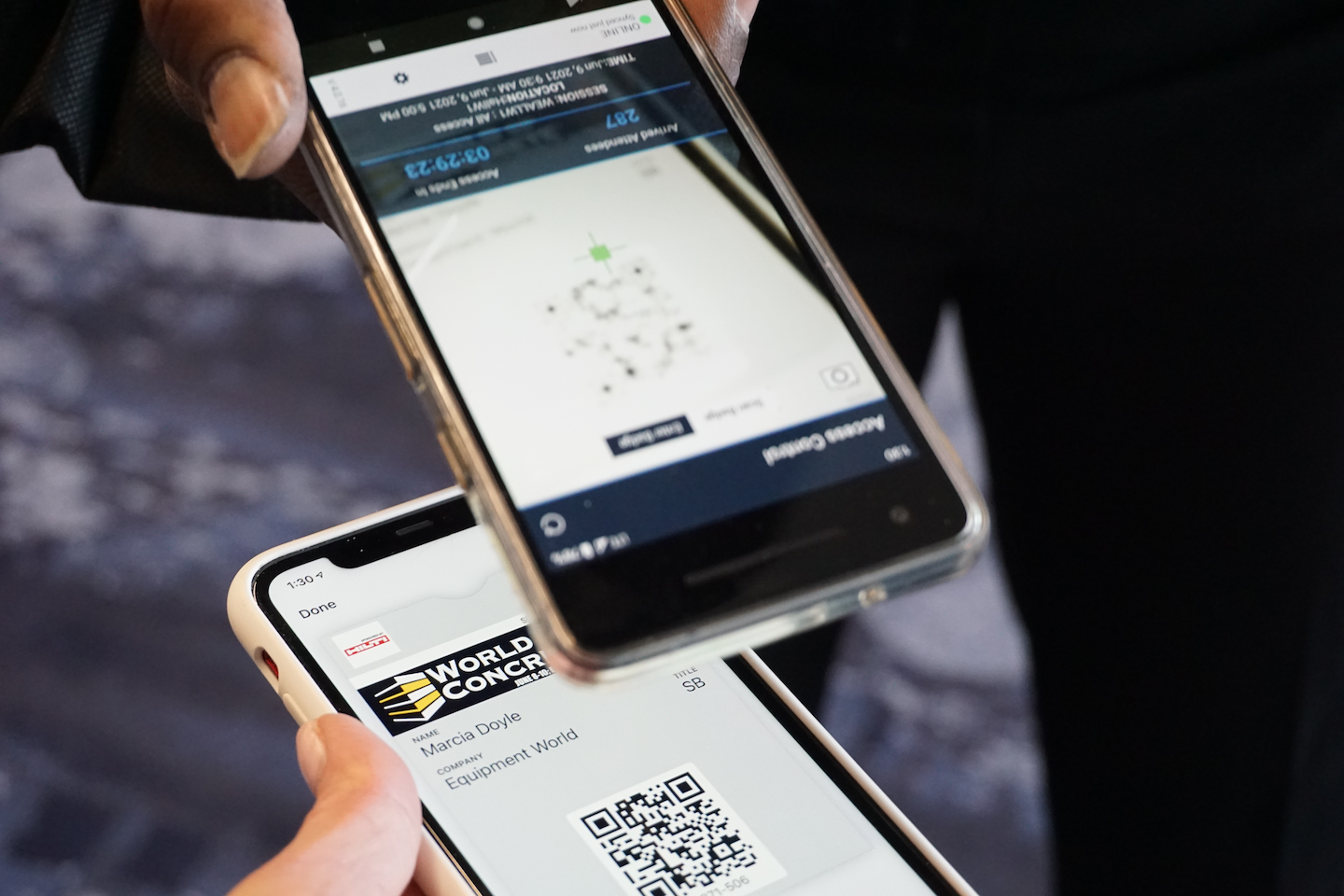 Phones out: the digital badge scanning process at World of Concrete.Equipment World

What was not loved (even though it was understood) was the digital badging process. All attendees were sent a QR-code badge, one they could put in an easily accessible place such as Apple Wallet. While deemed a pandemic necessity, not having that identifier around people’s necks was a distinct disadvantage. Was the person who just introduced himself named Tim or JIm? Where did they say they were from again?

Exhibitors could scan an attendee’s digital badge — after they fumbled to find it again — but that at-a-glance confirmation was gone. (So too, ahem, was the ability of exhibitors to identify when a competitor had invaded their space.) No, there wasn’t a registration line wait, but that was converted to an at-every-exhibit-hall individual scan … prompting those entering to dig out their phones once again. While humans can’t offer the deep data dive that is so sought after these days, their ability to quickly scan the badges of several people at once gives them the advantage at the hall entrances. 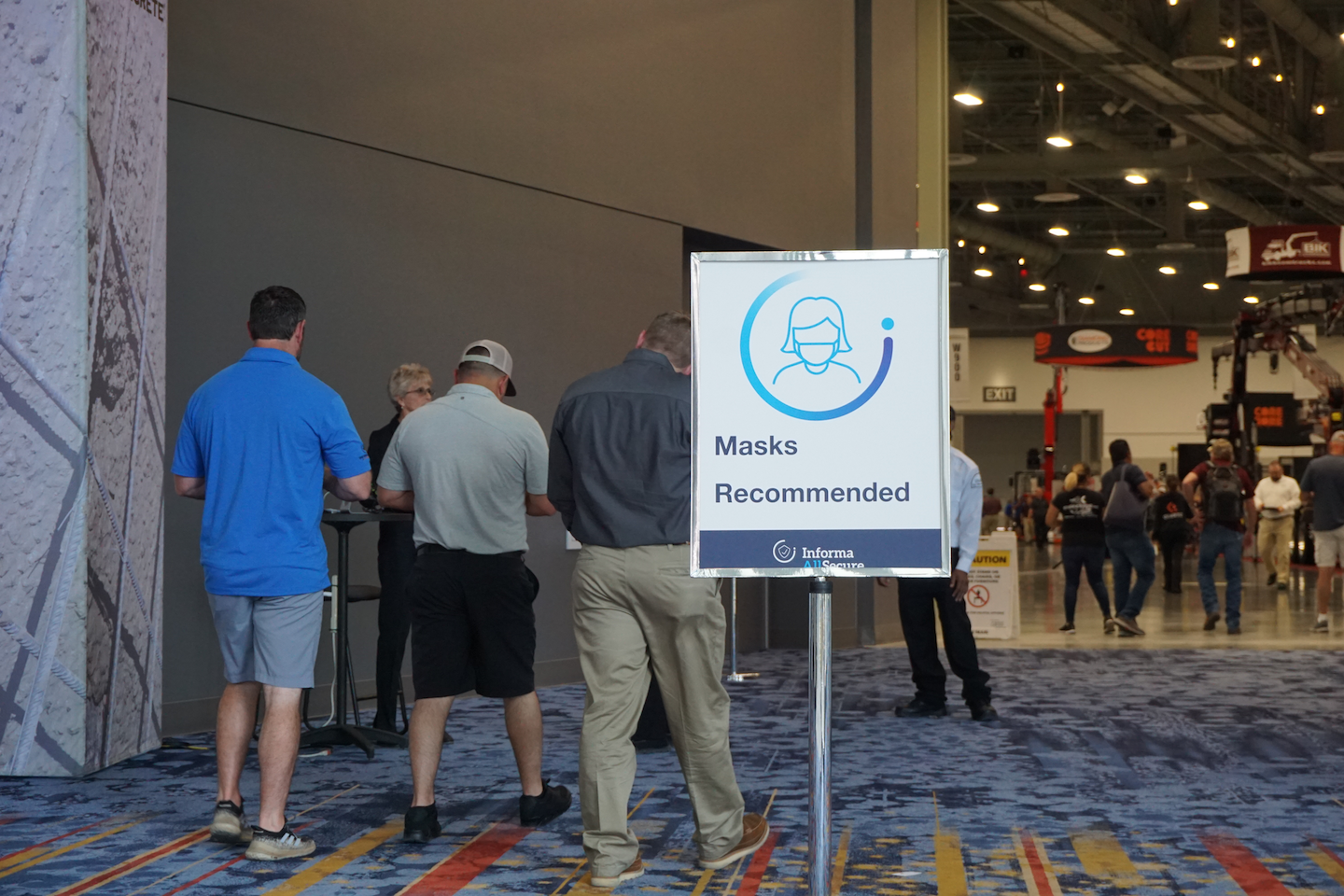 Equipment WorldWhen the pandemic kicked this show from January to June, show organizer Informa knew it was hitting the height of the construction season. That unfortunate reality was underlined when I asked a contractor — who had told me he was coming — if he was at the show.

“We are working seven days a week almost around the clock and unfortunately that was the one thing that had to give,” he texted. “We are literally booked up with eight months of work right now before we can even actually start any more work.”

While that may not be ideal for show organizers, it’s great news for the industry.