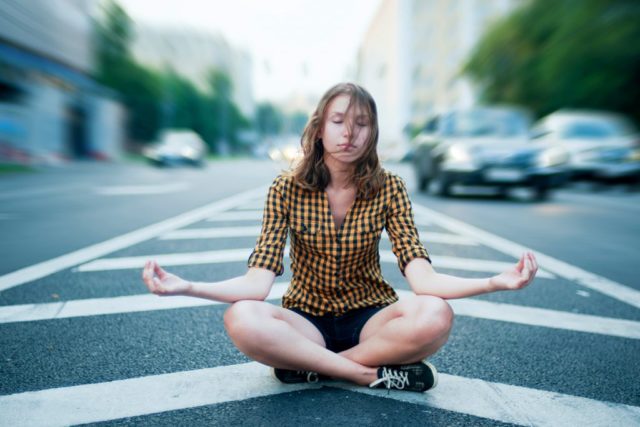 At its most useful, the gig economy can provide workers with new skills to apply to their careers or businesses. Some workers find their side hustle to be a welcomed escape from the monotony of their day jobs.

Gig apps like Airbnb, Uber, Lyft and Postmates provide on-demand work with a low barrier to entry, which can aid marginalized groups who have trouble entering the traditional economy.

This is the rosy picture we’re used to seeing — the Fiverr millionaires and the “Uberpreneurs” who broke their 9-to-5 chains.

The reality for most workers isn’t nearly so liberating. Gig workers often get stuck, unable to return to mainstream employment. Their Monday-night Uber hours creep in to Tuesday, then Wednesday and maybe the weekends, too.

The Effects of Hustle Culture

What is hustle culture? Turn on the television, to any episode of Shark Tank, and you’re likely to hear a monologue from one of the Sharks about how hard they work and how little sleep they get. Read the news, and you’ll find Elon Musk bragging about how he works 80 hours a week and so his employees should too.

You must be willing to pay the price! #Entrepreneurship pic.twitter.com/YCzIlWNKFB

Some people find this hustle ethic motivating. And others find it dangerous.

Dr. Alexandrea Ravenelle, an assistant professor of sociology at the University of North Carolina and the author of “Hustle and Gig: Struggling and Surviving in the Sharing Economy,” is in the latter group.

“It’s really different to be a millionaire or multimillionaire — or anything beyond that — and say ‘Oh, I work these hours,’” Ravenelle said, “because there are so many aspects of their lives that they are able to outsource that your average American isn’t.”

In other words, if you’re Elon Musk (CEO of Tesla) or Marissa Mayer (CEO of Yahoo) and you brag about how little sleep you get, or how you were back to work two weeks after giving birth, it implicitly affects the work-life balance of everyone else.

“Those unrealistic expectations affect how the workers view themselves,” she said.

According to a May report from Go Banking Rates, the biggest reason workers are flocking to the gig economy is to afford basic necessities their other job (or jobs) don’t cover. And the Federal Reserve’s Economic Well-Being Report shows that workers who rely on gig work are more financially fragile than typical workers.

A financial reliance on gig work paired with an oft-repeated narrative that it’s OK — or even noble — to work 50 or 60 hours a week on little sleep creates a “hustle-no-matter-what” mentality, Ravenelle suggested.

“When we have gig workers going from one job to another job and constantly running around and hustling,” she said, “that’s a prime situation for burnout.”

There are broader implications of focussing too much on, or even glorifying, work — a problem most Americans struggle with, especially millennials.

Trying to find your purpose in your job is risky business, said Jeremy Smith, an expert on purpose and an editor for the University of California, Berkeley’s Greater Good Science Center magazine. But Generation Y (aka Millennials) — now the largest generation in the workforce — is searching for meaning in work at a higher rate than previous generations anyway, according to Gallup research.

“Every hour you spend working,” Ravenelle said, “is an hour that has to come from something else, whether it’s leisure time, or contributing to your community, or spending time with your family and friends. Or even just getting some rest.”

But in researching for her new book, Ravenelle found that the average gig workers have much more to worry about than getting a good night’s sleep.

Much of the gig economy utilizes technology. Of course, there are the classic side gigs from years past, such as babysitting or lawn mowing. But the gig economy today is often synonymous with online platforms like TaskRabbit, Uber and Craigslist.

Neither scenario bodes well for gig workers in the long term.

For app-based workers, that often “means walking into the home of a stranger who, thanks to these apps, is entirely anonymous,” Ravenelle said. “Then these workers are working behind closed doors.”

And by “anonymous” she means it’s easy to use a fake name, picture or email address to become a customer on gig apps. Customers don’t go through as rigorous a vetting process as workers, which leaves customers with much more information on the workers than the workers have on them.

The thing about hustling is you’re kind of always hustling. It’s exhausting.

For her book, Ravenelle conducted more than 80 interviews with gig workers. Several people she spoke to had graphic stories, which spanned the gamut from sexual harassment to working with dangerous chemicals to being pawns in drug-trafficking schemes.

“There are no protections for these workers because they’re [independent contractors], and they’re outside the protection of workers comp. They’re not protected by OSHA,” she said. “It’s very much a sort of Wild West of working.”

FROM THE MAKE MONEY FORUM

See more in Make Money or ask a money question

Your Side Hustle Needs an ‘Exit Plan’

The gig workers that Ravenelle interviewed never thought that they would be spending their days chauffeuring people or running errands around town with little to no benefits for the long haul. They got “stuck” as she put it.

“All of the workers that I’ve interviewed who are stuck in the gig economy have college degrees,” she said. “People who thought they would leave… are still doing it” after a follow-up interview four years later.

After years of using gig-apps, workers are finding it hard to return to the traditional economy because of employment gaps on their resume, or the skills they picked up from their gigs aren’t relevant.

According to Chris Guillebeau, a best-selling author and host of the podcast “Side Hustle School,” sustainable side gigs shouldn’t be dependent on other apps or platforms.

Cultivate a side gig “that has the potential to be an asset for you,” he said in an interview with The Penny Hoarder. “Something you can use to get ahead.”

And when setting goals, Guillebeau warns of “analysis paralysis.”

“People tend to get hung up on this,” he said. “They think they have to have a life plan.”

Start your project, Guillebeau said, even if you’re not 100% sure, and give it 30 days. If you’re seeing results, good. If not, cut your losses and move on.

Ravenelle is also a proponent of having an exit strategy before diving into a new gig.

To avoid getting stuck in gig-app jobs, it’s important to ask yourself why you want or need the gig, and to set short-term, achievable goals before taking on additional work.

“How are you going to get out of what it is you’re doing? How long do you plan to stay? Is there a component of it that could be furthering your career?” she said.

Setting clear boundaries may be the best way to strike a work-life balance and to avoid getting sucked into neverending gig work. And, as much as possible, she said to try not to use gig work to cover basic necessities. If that’s where you’re at, a part-time job is likely a better option. At the very least, the pay is predictable and workers have basic rights if they get harassed or injured on the job.

So on the next episode of Shark Tank, when Kevin O’Leary brags about how much he works, remember that he has a team of people catering to his every need. His chores. His food. His calendar. For O’Leary, work is a choice. Sleep is a choice.

For the rest of us, in the real world, we have ourselves to take care of, and we don’t need a Shark telling us we need to skimp on sleep to be successful.

Adam Hardy is a staff writer at The Penny Hoarder. He writes about the gig economy, career advice and work-from-home jobs. Read his ​latest articles here, or say hi on Twitter @hardyjournalism.

This was originally published on The Penny Hoarder, which helps millions of readers worldwide earn and save money by sharing unique job opportunities, personal stories, freebies and more. The Inc. 5000 ranked The Penny Hoarder as the fastest-growing private media company in the U.S. in 2017.

Tesla’s Cybertruck is officially delayed to 2022