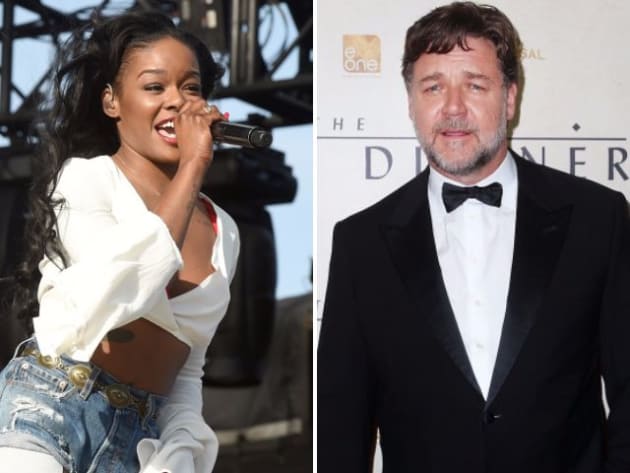 As you may remember, Azealia Banks’ feud with Elon Musk and with Grimes had a very real effect on Musk’s business interests.

Because of that, Azealia and Grimes are required by court order to preserve their texts.

So, what’s in those texts? Some truly wild insults that you have to read to believe.

His tweet about fiddling with his company’s stock price — all for a 420 joke — turned out to be a huge mistake.

And while he definitely can’t blame his own mistakes on Azealia Banks, she played a bizarre but pivotal role in the 2018 drama.

See, Azealia spent a few days crashing at Elon’s home while he was dating Grimes.

Azealia didn’t think twice about repeating everything that she allegedly saw and heard about the two of them.

Now, Elon’s reputation is hurting, Grimes got broken up with, and Azealia’s sickest burns may be evidence in a lawsuit.

Azealia shared (and then deleted) a glimpse at some of those texts.

One August morning at about 4am, Azealia mocked Grimes for having been dumped.

That’s mature — which is fair, because at 30, Grimes is three years older than Azealia. Yes, really.

Azealia wasn’t going to let it go so easily, however.

“Stop having a sore loser,” Azealia cautions. “And stop spamming me, weirdo.”

Grimes replies by repeatedly calling her a narc for having exposed her and Elon’s life.

“You don’t even have bone marrow sis,” Azealia accuses. “Or an adequate set of lips.”

The best that Grimes can come up with is to accuse Azealia of being fat.

One, she’s not. Azealia is many, many things, but fat is not one of them.

Two, like, are we still body-shaming people (or trying and failing) in this day and age? Apparently so.

Speaking of body-shaming, Azealia says that Grimes lacks hips, an ass, or any boobs of substance.

“You smell like a roll of nickels,” Azealia hilariously accuses.

Then the weirdest part comes out — because these women are feuding over who is more desirable to Elon Musk.

Grimes once again tries to hit back by attacking Azealia’s weight and suggesting that Azealia should avoid buffets.

That’s a sentence that none of us had ever needed to read, but here we are.

Azealia tells Grimes that she should get breast implants, lip fillers, and a burger.

Azealia replies:”You could not, darling.”

“You’re a fundamental white woman,” Azealia taunts Grimes. “I am, by nature, superior for you.”

That winds down, and Grimes tries to end the conversation a couple of times.

Azealia just goes for the jugular each and every time?

Grimes is a bit weird and everyone thought that she was really like, 19, but she’s also a beautiful celebrity.

It is indeed, so weird to watch both of these women compete — and, in one case, tear another to shreds over — Elon Musk.

That said, as a tech billionaire, Elon has made it crystal clear that he is an aspiring supervillain.

And Azealia is one of history’s biggest monsters.

Maybe they were only meant for each other?

Our biggest takeaway is to neverfeud using Azealia. Only Lana Del Rey can take down her .