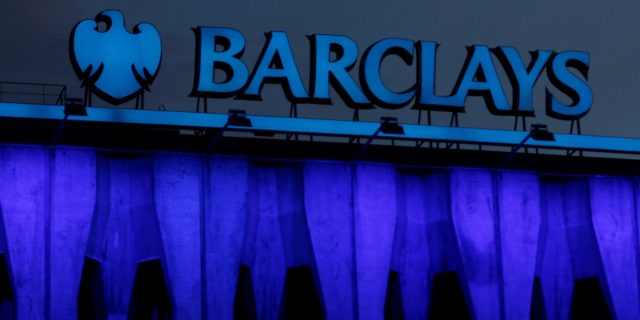 Barclays reported a 66% plunge in profits for the first six months of the year, hurt by declining business in its UK group.
Profits attributable to shareholders dropped to $899 million in the first half, down from $2.6 billion last year.
The British bank set aside £3.7 billion ($4.7 billion) in anticipation of bad loans related to the crisis period, with a £1.6 billion ($2 billion) charge in the second quarter alone.
However, Barclays trading division performed relatively better as it posted a 60% jump in trading revenues in foreign-exchange, rates, and credit trading.
Watch Barclays trade live on Markets Insider.
Visit Business Insider’s homepage for more stories.

Barclays on Wednesday posted a 66% drop in profits for the first half of the year as the pandemic disrupted services to the bank’s UK customers.

Profits attributable to shareholders dropped to £695 million ($899 million) for the first six months of the year, down from £2 billion ($2.6 billion) a year ago. See the rest of the story at Business Insider

NOW WATCH: How waste is dealt with on the world’s largest cruise ship

Deutsche Bank slashes its 2nd-quarter losses as investment-banking revenues surge 46%GOLDMAN SACHS: Stocks have never been more vulnerable to the failure of a few mega-companies — and the risks of a blunder are quickly piling upJefferies is telling investors to buy these 13 cheap, under-the-radar stocks in order to bet on an economic recovery

SEE ALSO: Bernstein downgrades Tesla and says the stock will tank 42% from its ‘mind-boggling’ valuation

Elon Musk says he has ‘no idea how to smoke pot’