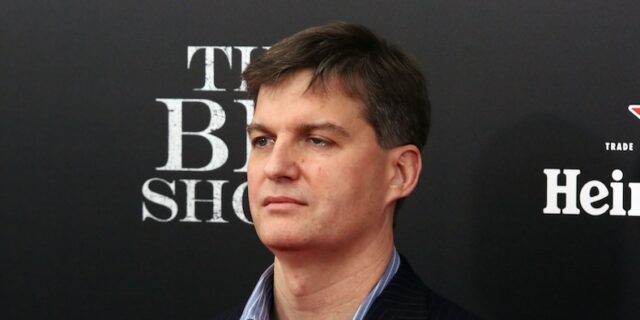 Michael Burry cashed out his GameStop shares last quarter, meaning he probably missed out on the Reddit-fueled buying frenzy that boosted the video-game retailer’s stock up as much as 2,500% last month.

Burry is best known for his billion-dollar bet against the US housing-market bubble, which was chronicled in the book and movie “The Big Short.”

His hedge fund, Scion Asset Management, laid the groundwork for the GameStop rally when it bought a stake in 2019. It still owned 1.7 million shares at the end of September.

However, Scion owned zero GameStop shares as of December 31, it revealed in a quarterly filing on Tuesday.

Burry’s firm likely left a huge amount of money on the table. Its GameStop shares were worth about $17 million at the end of the third quarter. Assuming it sold the entire position for $20 a share – the top end of GameStop’s trading range last quarter – it netted a cool $34 million.

If Burry had waited until late January and sold the shares at the peak price of $483, Scion would have raked in $823 million. Even if Burry didn’t cash out, the shares would be worth $85 million today.

Scion didn’t immediately respond to a request for comment from Insider.

Burry made several other changes to Scion’s portfolio last quarter. He sold its bullish call options on Google-owner Alphabet and Facebook – two of the fund’s largest positions in the third quarter – as well as Bank of America, JPMorgan, and Goldman Sachs.

Read More: Canadian regulators just approved the world’s first Bitcoin ETF. Here are the 5 things investors need to know about the outlook for a US version

On the other hand, Scion bought call options on Citigroup and Kraft Heinz shares, and took stakes in Wells Fargo and Molson Coors.

Overall, Burry concentrated Scion’s portfolio from 30 holdings down to 23 holdings last quarter, which helped to reduce its total value from $330 million to $225 million. He may have needed to free up some cash to fund his Tesla short.

Lost lessons from the invention of the interview