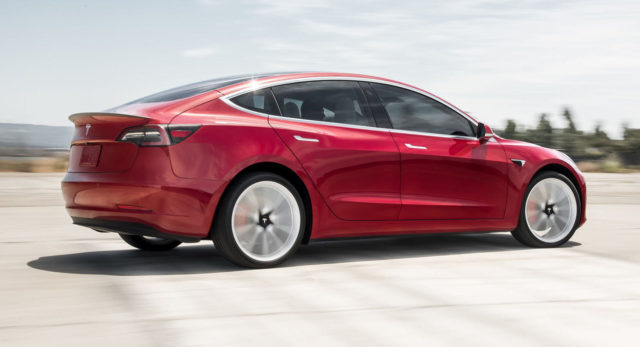 Bob Lutz, the retired veteran of the auto industry, was apparently impressed by the fit and finish of a Tesla Model 3 he spotted in a parking lot.

Lutz’s views of Tesla have been mixed for years but apparently he couldn’t help but praise the EV maker after inspecting a random Model 3 he found sitting in Ann Arbor, Michigan.

In an article on Road & Track, Lutz says that he was eager to see for himself if the wildly reported sketchy assembly work of the Tesla Model 3 was real but apparently the car in front of him left him “stunned”.

“Not only was the paint without any discernible flaw, but the various panels formed a body of precision that was beyond reproach,” Lutz writes. “Gaps from hood to fenders, doors to frame, and all the others appeared to be perfectly even, equal side-to-side, and completely parallel. Gaps of 3.5 to 4.5mm are considered word-class. This Model 3 measured up.”

Despite praising the manufacturing quality of Tesla’s entry-level model, Lutz added that he remains critical of the company’s business model and Musk’s strategy. He has expressed his concern in the past about Tesla’s inability to turn a profit, criticizing the company’s need to raise more capital due to its high costs but apparently he doesn’t have anything bad to say about the fit and finish of the Model 3.

Lutz added that small, even panel gaps require precise design and engineering, modern equipment but also leadership focus, “something that Tesla clearly has”. Elon Musk has tripled his wealth during the pandemic, joining a list of 12...