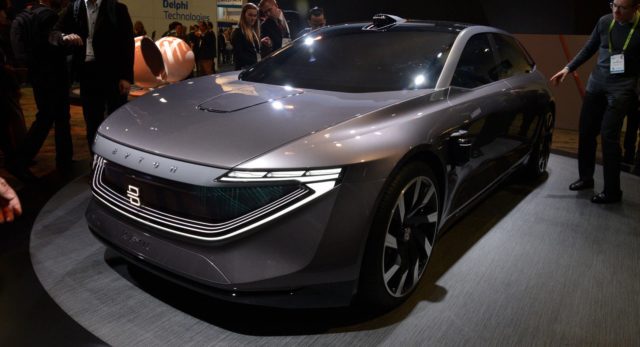 With auto development accelerating towards a totally autonomous and all-electric future, it’s no question that so many automotive theories present in this year’s Consumer Electronics Show have featured plenty of future technology.

Byton’two theories, both the M-Byte along with the K-Byte are actually perfect illustrations, as they not only seem as they’re out of a time frame which hasn’t come to pass, but they also tick all the perfect boxes when it comes to powertrain and driver support systems.

The image below was taken within the M-Byte, which as you can see, boasts a colossal landscape-oriented infotainment display, across its dashboard. Actually, colossal doesn’t actually do it justice. It’s a 49-inch full screen display that runs, pretty far, from pillar to pillar.

According to the EV startup firmthis display will actually make it in the production vehicle, minus the steering wheel display, which will most likely need to take a step backwards in favor of an airbag. The machine also comes with a customized model of Amazon Alexa, and will help monitor the pulse and blood pressure of the occupants.

As for outdoor features, even though the two theories come with “invisible” door handles and also side-view cameras, we are aware that the production version of the M-Byte will be more traditional in that way, ditching both.

While the K-Byte was developed to trailer a 2021 production EV sedan, the M-Byte crossover would be the one that will reach markets sooner, with production said to commence this year and U.S. and European sales slated to start in 2020.

Originally, buyers will purchase Level 3 semi-autonomous tech on-board the M-Byte, although Level 4 capabilities will arrive later on through software update. Cuphead, one of the toughest games ever, will soon be playable on Tesla dashboards