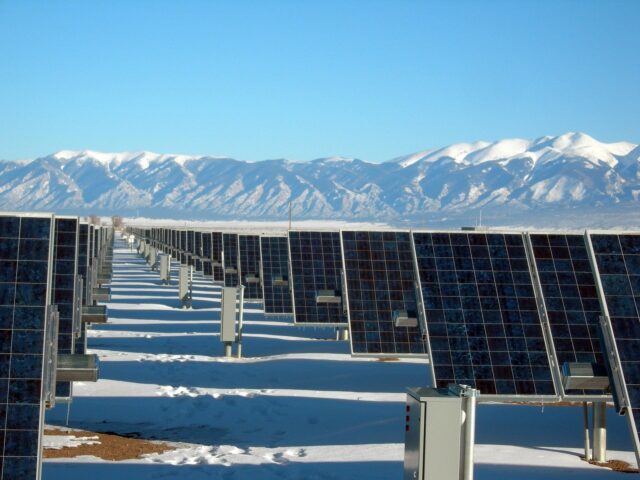 They sit on oceanfront property in Southern California, a fleet of aging gas-fired power plants that not only pollute the air but also kill sea lions and other marine life. They’re also capable of powering up to 2.8 million homes.

Until now, these nine generating units were facing a shutdown by the end of the year. But after two straight nights of rolling blackouts, these California clunkers could get a reprieve.

The State Water Resources Board will vote Sept. 1 on whether to add as many as three more years of life to the coastal plants. The postponement is “needed to ensure system-wide grid reliability,” the board’s staff wrote in a memo released last week.

The recent drama on California’s power grid is forcing the state to confront difficult questions about its commitment to an all-green electricity future.

For years the state has been in a sprint to remove carbon from its power supply. It already gets nearly one-third of its power from solar, wind and other renewable sources, and the Legislature is demanding more. State law requires that the grid must be 100% carbon-free by 2045. As more solar and farms spring up, traditional fossil-fuel plants get mothballed.

But now the blackouts have put Gov. Gavin Newsom and policymakers on the defensive about the state’s energy choices. Critics are chortling over the fact that wind power isn’t always reliable and solar naturally fades as evening arrives, leaving the state exposed to energy shortages during extraordinary heat waves.

“What we’ve seen over time is a starving away of the very electricity that keeps the lights on in California,” said Assemblyman Jim Patterson, R-Fresno, vice chairman of the Assembly’s Utilities and Energy Committee. “When the wind stops blowing and the sun stops shining, the people of California do not stop living their lives and cooking their food and washing their clothes.

Drawing a line between the heat wave and the recent explosion of deadly wildfires, he told reporters at a California Department of Forestry and Fire Protection media briefing Friday: “We are committed to a low carbon, green growth future. We are going to radically change the way we produce and consume energy for one reason. We believe in climate change. We believe in science. The last thing we need to do is double down on a future that actually created the conditions that we are trying to address here today.”

Yet Newsom said California can’t just fall victim to power shortages as it transforms the grid.

“We are in a transition and obviously reliability was stretched and strained … and continues to be strained,” he said earlier in the week. “We obviously cannot allow this to be a permanent state of anxiety.”

Ensuring reliability won’t be easy. While there are technologies available to store solar and wind power for a few hours, so they can be used in the evenings, these products aren’t widely available yet.

As a result, the grid could remain fragile for the foreseeable future. On hot summer days, when California relies on renewables for as much as half its power supply, the state will be left vulnerable when solar power fades in the evening and the winds turn fickle.

That’s what happened the evening of Saturday, Aug. 15. One night after encountering blackouts for the first time since the 2001 energy crisis, engineers at the Independent System Operator, the Folsom-based entity that manages the grid, were fairly certain they had lined up enough power. ISO officials even pushed back on a warning from PG&E Corp. that blackouts were coming.

Then a 400-megawatt fossil-fuel plant conked out and about 1,000 megawatts of wind energy suddenly disappeared. The state’s cushion vanished, and the ISO ordered a second night of blackouts.

“If the wind hadn’t run out, we would have been OK,” said Steve Berberich, the ISO’s chief executive. Yet Berberich has been adamant that “renewables haven’t caused this issue.”

So what is the problem? In a letter to Newsom, responding to the governor’s demand for explanations, Berberich and the leaders of the Public Utilities Commission and California Energy Commission pointed to a variety of causes, including California’s lack of adequate planning to replace the traditional generation that has been retired.

They also pledged to improve forecasting models that failed to anticipate mammoth, regionwide heat waves that can erode California’s reserve supplies of electricity.

“The forecasts and planning reserves need to better account for the fact that climate change will mean more heat storms and more volatile imports, and that our changing electricity system may need larger reserves,” the three wrote in a joint letter to the governor.

Fourteen years ago, the state suffered one of the worst heat waves ever recorded. When it was over, more than 650 Californians had died. And the state had set a dubious record: the most electricity ever consumed on the ISO’s grid, a peak demand of 50,270 megawatts on July 24, 2006.

Nonetheless, the state avoided blackouts that day. It also had enough power in the late summer of 2017, when another terrible heat wave rolled into the state and electricity consumption again topped 50,000 megawatts.

By contrast, the state ran short of electricity Aug. 14 and 15 even though demand was lower—several thousand megawatts lower—than it was in 2006 and 2017.

Before, California was able to buy electricity fairly easily from neighboring states to avoid shortages. Now those states, with growing populations of their own, aren’t as willing to share.

The other day, Nevada made an urgent appeal for conservation, something it hadn’t done since 2001. California, accustomed to importing about 10,000 megawatts from its neighbors on a hot day, has been lucky to scrounge up 5,000 or 6,000 lately.

Another big difference: California’s greater dependence on renewables and its shelving of large quantities of gas-fired generation. In 2014 natural gas provided 45% of the state’s electricity needs. In 2018 it was down to 35%.

Other traditional sources are going by the wayside, too: In 2013 Southern California Edison pulled the plug on the San Onofre nuclear plant, and a few years later PG&E Corp. said it would decommission its nuclear plant, Diablo Canyon. Its two reactors will go dark in 2024 and 2025. That represents thousands of lost megawatts.

Some in the energy industry say California’s blackouts are a natural consequent of its steady abandonment of traditional power.

“If policymakers’ ambitions get in the way of … practical operational requirements of the grid, we run into these kinds of problems,” said Todd Snitchler, CEO of the Electric Power Supply Association, a national trade group that represents traditional generators as well as renewable companies.

“Is California certain that it has reliable electricity? That has to be the threshold question,” he said. “American consumers have come to expect nearly 100% reliability.”

What can prevent more California blackouts?

The timing couldn’t have been better: Just five days after the first blackout, a New York-based company called LS Power said it had finished installing a massive battery farm in East Otay Mesa, near San Diego. The facility, the largest in the world, is capable of storing 230 megawatts of electricity.

The problem with electricity, by and large, is that it has to be consumed when it’s generated. Storage, in the form of industrial-sized lithium-ion batteries, could provide a significant answer to California’s energy problems some day.

Developers are flooding the state with ideas and cash. The same day the San Diego project opened, an Omaha, Nebraska, company called Tenaska said it was starting work on nine separate battery farms around the state.

Yet storage has its limitations. On most hot days, Berberich said all the renewable energy that’s being generated is fed directly into the grid and consumed immediately. There’s nothing left to be stored.

Ideally, Berberich said, California will build a lot more wind and solar power, so that some of the electricity can be put into storage. In addition, he said the state needs batteries that could soak up the sun during the spring and feed it back into the grid during the dog days of summer—what he calls “seasonal storage.”

“A lot of these technologies are in pilot, demo,” said Julia Prochnik of Long Duration Energy Storage Association of California, a trade group.

Storage advocates say the limitations aren’t just technological. Brad Heavner, of the California Storage & Solar Association, said major utilities such as PG&E Corp. haven’t done nearly enough to tap into the batteries that are already in operation in the state.

“We have these batteries sitting there, waiting to discharge power,” Heavner said. “The utilities are very slow in building their half of the solution.”

Utilities say they are embracing storage, though. Working with Tesla, PG&E Corp. is building a 180-megawatt battery farm by its giant substation at Moss Landing in Monterey County. In May the utility announced it will be developing additional projects over the next three years, many of them located adjacent to existing solar farms.

A decade ago the State Water Resources Control Board decided something needed to be done about 19 natural gas power plants dotting the Southern California coastline.

Between them, they were drawing billions of gallons a day from the ocean to literally cool themselves down. In the process, they were killing “millions of fish, larvae, eggs, seals, sea lions, turtles, and other creatures” every year, according to the board.

Environmentalists, meanwhile, were complaining that the gas-fired plants, some of them a half-century old, were contributing heavily to climate change and other forms of air pollution.

The water board imposed a stiff rule: The plants would have to reduce their seawater consumption by 93% or close. So far 10 of the plants have closed rather than spend the money to overhaul their cooling mechanisms, and the other nine are facing a Dec. 31 deadline.

But starting last year, the state’s energy regulators, led by the ISO and the Public Utilities Commission, have been urging the water board to back off.

“We are now going into a period where capacity will be tight for several years,” Mark Rothleder, an ISO vice president, told the ISO board last September.

The water board has been mulling those warnings for months. On Tuesday, its staff acknowledged the fragility of the grid. While its formal proposal was written before the blackouts, it made clear that it acknowledged the troubles that can occur when solar and wind energy fade, and when imports are harder to find.

Its recommendation: Allow three of the units to keep operating as usual through the end of 2021. The remaining six would get until December 2023. Its rationale: The delays would give utilities and grid operators enough time to line up the additional supplies that are “likely needed for peak usage on hot days through 2023.”

AES, a power generator whose three units in Redondo Beach would close in 2021 under the proposed timetable, is appealing to the water board for two more years. In a letter to the water board, AES officials said their plants helped minimize the blackouts in Southern California “while the darkness rotated through the northern state.”

Meanwhile, environmentalists don’t want to see any delays at all, saying the climate can’t wait for more green energy to be put onto the grid.

“It’s not OK to have this knee-jerk reaction,” Larissa Koehler, an attorney with the Environmental Defense Fund, said in an interview. “We don’t see any reason to delay implementation of cleaner, carbon-neutral resources.”

This document is subject to copyright. Apart from any fair dealing for the purpose of private study or research, no
part may be reproduced without the written permission. The content is provided for information purposes only.

Is Elon Musk and Vitalik Buterin The Reason For Dogecoin’s Listing At Binance? DOGE...