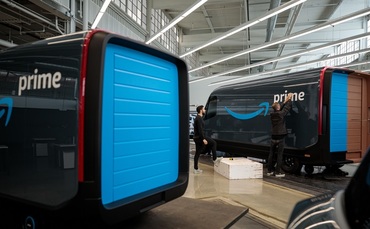 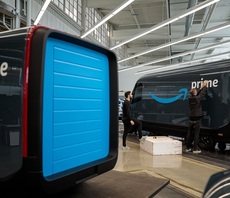 The truck rule follows another California law (passed in 2018) that says all new public transit buses sold must be zero-emission starting in 2029. The combination of these policies makes California one of the most aggressive regions in the world pushing electric trucks and buses.

Environmentalists hailed the decision, calling it a win that will help clean up the air for disadvantaged communities that live in areas with a large amount of trucks. For example, in the Inland Empire in Southern California, where there’s an Amazon distribution hub, growth in e-commerce has led to tens of thousands of trucks per day on the roads.

CARB estimates that two million diesel trucks cause 70 per cent of the smog-causing pollution in the state. Transportation emissions represent 40 per cent of California’s greenhouse gas emissions, and without taking aggressive steps the state will not be able to meet its climate goals.

The rule also could help kick-start an electric truck market, which has been slow to emerge. Adoption has been delayed partly because of costly and short-range batteries, and hesitancy from many traditional commercial automakers. But in the past year, truck makers such as Daimler and Volvo Trucks have started to take electric trucks much more seriously.

Nonprofit CALSTART predicts that 169 medium and heavy-duty zero-emission vehicle models will be available by the end of 2020, growing 78 per cent from the end of 2019. All-electric truck companies such as BYD, Rivian and Tesla are set to capitalise on the trend.

So who’s not so enamored with the rule?

Some traditional truck and auto parts makers: The Truck and Engine Manufacturers Association has been pushing against more stringent regulations in the face of COVID-19, citing concerns over added costs.
Some oil industry and low-carbon fuel companies: The Western States Petroleum Association, an oil industry lobbying group, has opposed the rule, saying it would eliminate promising efficiency and low-carbon fuel technologies.
Smaller truck fleet operators: Many are worried about the higher upfront costs to buy zero-emission trucks and new fueling infrastructure.

It’ll be a challenge no doubt. And potentially might be challenged itself.

But I’ll leave you with a quote from CARB’s Mary Nichols about the rule (from The New York Times). This might be Nichols’ last major regulation before she retires later this year: “This is exactly the right time for this rule… We certainly know that the economy is in a rough shape right now, and there aren’t a lot of new vehicles of any kind. But when they are able to buy vehicles again, we think it’s important that they be investing in the cleanest kinds of vehicles.”

This article first appeared at GreenBiz.com.