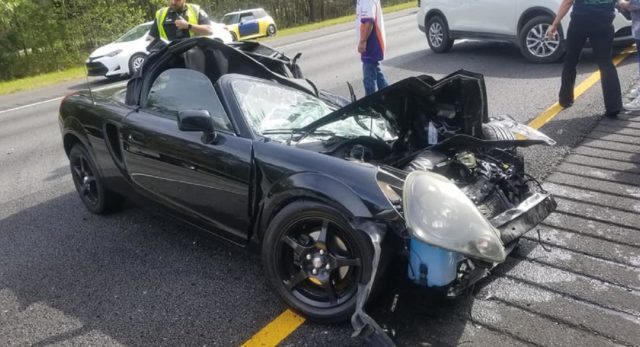 A growing number of car manufacturers are introducing their own crash-scene researchers to attend crashes involving their vehicles.

In a piece published by The New York Times, this practice, which started back in the 1970s by Volvo, is explored in detail.

The Swedish manufacturer includes a dedicated Traffic Accident Research Team in operation 24 hours per day which responds to incidents involving one of their vehicles within an hour’s drive of the Volvo headquarters in Gothenburg, Sweden. The group is automatically alerted by the Volvo On Call system.

At a crash site, researchers from Volvo will let local authorities do their work and once all crucial rescue operations are carried out, will start inspecting the vehicles, take photos and make different measurements. Volvo collects all of its crash data and has used this information to improve the safety of its vehicles. It will also occasionally take possession of cars for additional study.

Similarly, BMW has operated an Accident Research Program since 1977 and operates it in China, Germany, and the United States. This program looks at 3,000 data points in crashes between its vehicles. The brand even uses innovative software to recreate a crash and details about impact points, seat belt usage, deployed restraint systems, injury severity and accident location data is sent to the emergency call center.

Subaru also operates a team of field investigators to perform inspections at crash sites while many auto manufacturers, including Honda, do comprehensive research at locations across the United States. Tesla also regularly sends out teams of researchers to accidents involving its vehicles.

While auto manufacturers go about their post-crash research in ways that are various, all do it with the intent of using data to further improve the safety of vehicles. Brooks Laich Taking a ‘Journey’ to Explore His Sexuality Amid Marriage Trouble with Julianne...