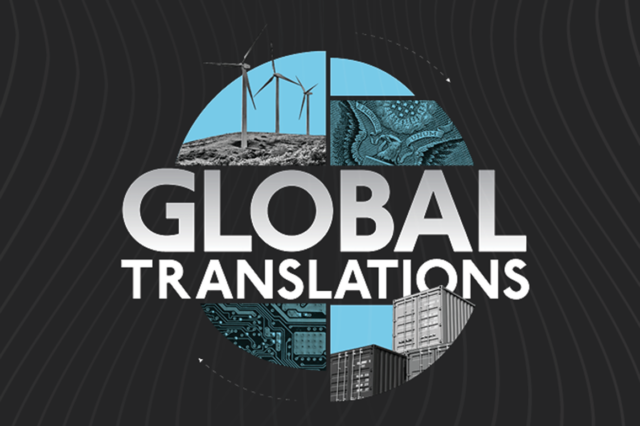 Welcome to POLITICO’s new Sustainable Finance Spotlight — an extension of the Global Translations newsletter. Each week we track major issues facing the globe. Sign up here.

Only five of 25 categories of stimulus spending had both positive climate impact and a high multiplier effect, the report said, meaning most recent stimulus measures either hurt the climate or helped the climate without spreading wider benefits, such as lasting jobs. When done right, the authors said green projects “create more jobs, deliver higher short-term returns per dollar spend and lead to increased long-term cost savings” when compared to traditional fiscal stimulus. Some of the most useful green investments overall were reported to be: clean energy, digital infrastructure and energy efficient building retrofits.

Beyond recovery packages, the Oxford report authors say the other main driver of emissions trajectories in coming years will be investment choices. Blackrock’s Brian Deese says the world remains “at the front end of an historic trend in investor preferences toward sustainability.” One reason for that is “the stuff that you do to be more sustainable makes you more resilient,” said Julie Gorte, senior vice president of Sustainable Investing for Pax World Funds and Impax Asset Management.

John Hoeppner, who heads sustainable investing for Legal & General, said that broader preparation has been a critical factor in companies coping with Covid-19, because almost no-one “had really thoughtful data that thought through the true effects of a pandemic.”

Companies that made progress on board diversity have been better able to hear and respond to all stakeholders, Hoeppner said. They also avoided serious practical problems: boards full of people who sit on several other boards have struggled to meet every day, as they often needed to during the early stages of the pandemic. “We get a lot of flak for our requirements on diversity. But it’s for this moment that we do it,” Hoeppner said.

Another big wake-up call for investors and activists should be 2020 emission trajectories. Emissions are set to drop by at least 5 percent in 2020, but “to get to zero by 2050 we will have to keep dropping at the rate we’re dropping this year,” Gorte said. But this year emissions are dropping because of exceptional economic shutdown rather than effective ongoing policy.

That makes renewable energy a surprisingly hot investment prospect amid the current low oil prices. Renewables are one way to meet stricter climate targets, and for the first time they aren’t an expensive luxury. “In the past, oil price declines hurt renewables,” Gorte said, “but today renewables are the cost-effective choice in two-thirds of the world.” That means that instead of renewables being cast aside as oil prices drop, in 2020 they’re emerging as the only viable long-term energy investment.

“A (new) gas plant costs around $2 billion. If the price of oil is already zero, you don’t look around and think fossil fuels is a good investment over the 40-year life of a plant,” Gorte said. Investment capital also tends to follow new high-tech, which is no longer in fossil fuel extraction. “The arc of technology is arguing for less and less fossil fuels, the high-tech today is in batteries and carbon capture and hydrogen power,” Gorte said.

The other high-tech energy source — nuclear power — is no longer economically viable in many situations. “There isn’t any nuclear in the world that hasn’t been subsidized,” Gorte said, but fewer governments are willing to subsidize and insure nuclear plants. The problems aren’t limited to cost. “You need clean water and it can’t be too warm,” Gorte said. That’s increasingly a problem in the countries that could otherwise be the next nuclear customers. The world’s strongest middle-income economies tend now to be in Africa and Asia, and tend to be getting hotter and drier at a faster rate than the rest of the planet. S&P Global says in a new infrastructure outlook report that companies and countries need to be “more prepared for low-probability, high-risk, and massively disruptive events.”

Hoeppner said the difficulties faced by fossil fuel companies in 2020 will be reinforced by other market trends in the coming year. Legal & General using a Climate Impact Pledge to name and shame the companies it invests in. “We are zeroed in on the metrics that signal if companies are ready for an energy transition, and we sit at the spot where we can help guide structural thinking. We can help decide who is going to survive,” Hoeppner said.

Buffet dumps all US airline stocks. During Berkshire Hathaway’s annual meeting, the billionaire investor said that the “world has changed” for the aviation industry due to the pandemic. Fortune’s Alan Murray also reported that airlines are the stock category that more CEOs would like to ditch than any other.

Green unseen in the long game: Just over half of S&P 500 companies use ESG metrics in computing annual compensation — but only 4 percent use it in long-term compensation, which is the majority of CEO pay.

Nordic but nice: Swedish Business Lobby is all in for green stimulus, joining their counterparts in Finland.

France and Netherlands call for green trade deals: Europe should modernize its trade deals to push for greener trade, France and the Netherlands say in a paper to their EU colleagues, obtained by POLITICO. The two countries argue that the EU’s stencil for trade agreements no longer fits with its professed goals of carbon neutrality and green growth.

When are oil and gas not fossil fuels? Investors, politicians and campaigners are incensed by draft proposals for the EU’s sustainable disclosure regime that consider the term “fossil fuels” only applies to “solid” energy sources such as coal and lignite, and not to oil and gas, the Financial Times reported.

Tesla’s British power move: Tesla has applied to be a power supplier in the U.K., the Telegraph reported. In 2017, Tesla built the world’s largest lithium-ion power storage facility in Australia, powering 30,000 homes.

Tesla Gigafactory Berlin to produce up to 2M vehicles per year: German report