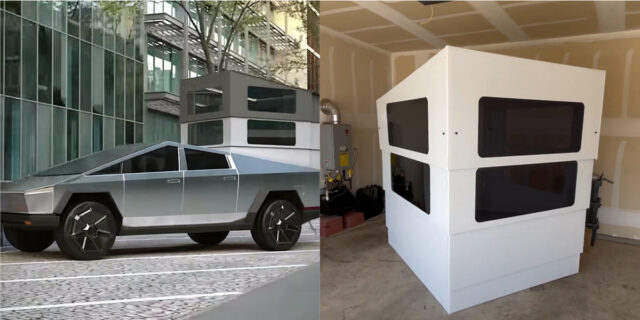 The crazy Tesla Cybertruck RV mod, known as the Cyberlandr, pledges to turn the all-electric pickup into a tight, but spacious, living quarters. Until now, the Cyberlandr was simply an idea with over $50 million pre-orders and imminent production status. Now, the company has released footage of its first functional prototype, revealing a real-world look at how the Cybertruck could become your Cyberhome.

The Cyberlandr aims to transform the Cybertruck into an adventure vehicle if it already wasn’t one, to begin with. Morphing the massive battery-electric pickup from a mode of transportation into living quarters isn’t easy, but Cyberlandr figured out how to make a bedroom, living room, kitchen, bathroom, and office when deployed while designing it to be compact enough to fit within the possibly solar-powered tonneau of the Cybertruck when it is collapsed. 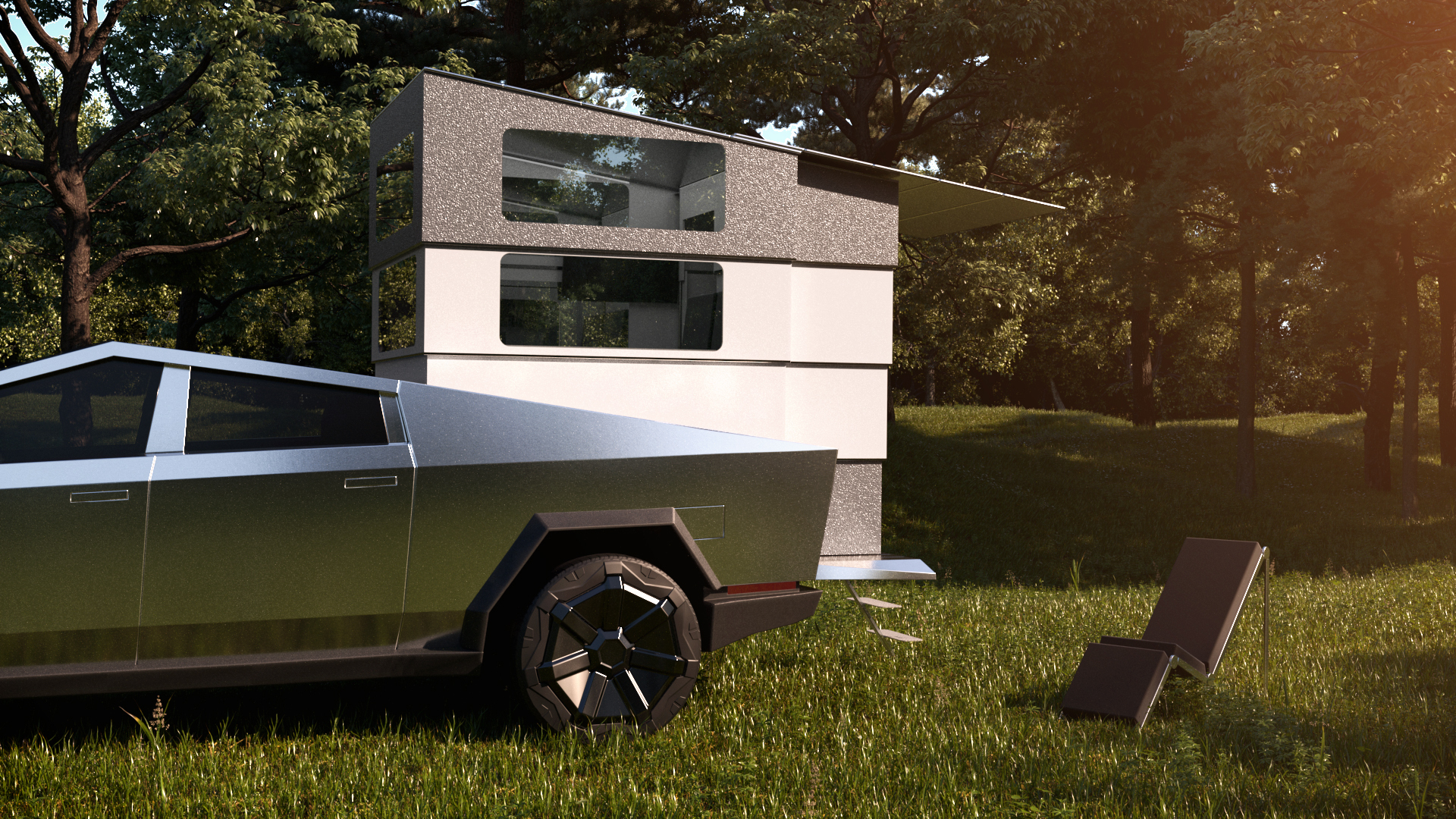 A new video of the Cyberlandr officially shows how the mod will house people by extending upward, creating a ceiling that simply rises when activated. Four sections of the Cyberlandr extend upward to create a compact living space, outfitted with the necessary rooms for a residence. It may not be the most spacious, but it is pretty awesome. Even Elon Musk thinks so, who gave the Cyberlandr his stamp of approval in early July.

“Debuting a functional prototype is a terrific step for CyberLandr and also for Tesla’s Cybertruck because it transforms a Cybertruck into a Lifestyle Vehicle. Whether you prefer wilderness or urban adventures, this supports your activities with a mobile tiny house. It also transforms the camper and RV experience by giving users the technology and comfort they expect, while still being able to fit in a normal parking space or a drive-thru,” Lance King, CEO of AI and real-time analytics for Stream It, Inc, the Cyberlandr’s parent company, said.

Teslarati initially reported on the Cyberlandr in late April 2021, when the product officially eclipsed the $50 million pre-order mark. Stream It, Inc. co-founder Bill French said, “We believe the enthusiasm is a direct result of people envisioning how this new adventure vehicle can improve their lives. People are telling us of many new uses for both wilderness and urban adventures. For example, parents at athletic matches, or the ability to boondock and overland to places previously inaccessible to a traditional RV. We estimate CyberLandr

will be used 2-3 times more than traditional RVs because it is so easy to take with you.”

Cyberlandr also announced that the launch promotion that saves buyers a minimum of $5,000 will end on September 30th, so order yours soon!

Check out the Cyberlandr’s functionality in its new ad below.