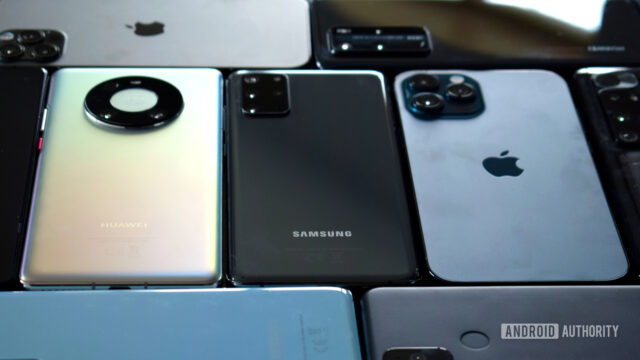 Good morning! By the way, Steve Wozniak didn’t detail his Privateer space startup last week at the AMOS Tech 2021 conference. So, we just know the space junk ambitions remain in stealth, for now.

Before we dive into today’s news, we’d like to thank today’s sponsor OnePlus! Save up to $219.99 with the OnePlus 9 Pro and the new OnePlus Buds Pro with this hot offering. One new flagship smartphone a year Smartphones have become very very good at what they do in their current form factors. For all the effort involved now, it means yearly smartphone releases are enough.

The evidence doesn’t take long to stack up:

OnePlus just announced that there’ll be no OnePlus 9T (or 9T Pro) this year. That comes after there was no 8T Pro either, though it did manage an 8T that was reviewed as good but confusing the lineup.
Apple moved away from its “S” releases in the same year, and has stuck solidly to one new flagship iPhone in September/October.
And Samsung couldn’t properly differentiate its Galaxy S and Galaxy Note series enough. In 2021, it went with just the S21 and its Galaxy Fold Z line, and left the storied Note series on the bench.

It’s not hard to see why flagships are sticking with yearly. Just as laptops and TVs only gently evolve each year, smartphones face the same maturity phase.

Each year, phones are continuing to get better and do more, but the technology maturity level doesn’t allow for giant leaps within months.
I saw this doing the rounds on Twitter via a wag and it’s simple but true (and replace with iPhone with any other series): “What’s next” is the question everyone can ask but few can answer.
Foldables are the next great form-factor, which you have to believe when you hear owners saying they’ll never go back to anything else. But it may be another few years before they’re mainstream.
Or another form-factor, like a rollable, may emerge as something better.
Otherwise, we’re back to the old arguments of AR/VR, glasses, wearables… which all seemed too limited by current-day batteries.
In any case, it’s something the best minds are working on, and pondering.
Apple has some $200B in the bank that it can’t spend fast enough on developing what’s next.

In the meantime, the next most obvious thing to ponder is if gaps between flagship smartphone releases will continue to widen, which doesn’t really make sense. Or, if the pace of the release cycle speeds up again.
The latter would take new tech emergence: screens, a computing power breakthrough, a new camera idea, or perhaps more likely, a battery breakthrough.
Otherwise, it’s the value-end that delivers more unexpected ideas.
And it does give you some security when buying a flagship, knowing it won’t be upgraded while you’re still getting used to it…
Roundup

OnePlus CEO Pete Lau announced “OnePlus 2.0” with a major forum post detailing how, finally, Oppo and OnePlus are going to run the same OS, with OxygenOS’ head, Gary Chen, now set to lead a combined effort which will mean a shared Android 13 experience. What it means is less standalone OnePlus, more sameness across Oppo and OnePlus. It’s hard to say how this might look in 2022, 2023, and beyond.

OK, evidence is really mounting that October 19th will be the Pixel 6 launch date, as Techtober looks like it’ll apply once again (Android Authority).

And in almost Techtober news, Amazon has set a date for its 2021 hardware event: September 28. No signs of what new or updated Amazon devices it’ll show off (Android Authority).

US officials might put Honor on the Entity List, which has apparently divided US government bureaucrats (Android Authority).

iOS 15 is now out for iPhones all the way back to the iPhone 6S, so something that affects a billion people or so means lots of articles and bits and pieces on what it all means. MacStories, as usual, has the most in-depth detail of what’s new with more than 20 pages of screenshots and detail around using new things like Live Text via camera, setting focus modes, scheduling notification summaries, and so on. MacRumors also has nice and helpful detail about how to use these new features, with videos. Here’s The Verge’s review, which includes iPadOS 15 and its more minor changes, too, and suggests the iOS 15 updates are mostly quality-of-life, and the iOS 14 update remains the winner in recent times.

Netflix launches free plan in Kenya to boost growth, with about a quarter of its paid offerings in the free version, which I’d guess is mostly its original content? (Android Authority).

Kena: Bridge of Spirits is a new PC and PlayStation 4 and 5 game getting great reviews (IGN).

It’s definitely 2021 around here: Sorare raises $680 million for its fantasy sports NFT game. Hm. Should we start an NFT game?? Here’s the idea: Buy dates you feel will be significant in tech in 2022. If you’re right, you get a lovely gold NFT star (TechCrunch).

Whoa: A radical new motorcycle design has hit the track for the first time (Interesting Engineering).

“ELIi5: Do you get the same benefits from sleep if you’ve had a nightmare?” (r/explainlikeimfive).

Here’s a fun chart race detailing the top 15 esports by prize pool from 1998 to now(ish), via Pie Chart Pirate:

Early years are all Counter-Strike and StarCraft, with both still present in the top 15 in 2020, too.
Later years are all Dota 2, and I still remember the arguments(Kotaku) as to why the enormous tournament, The International, was too big for Dota 2 when it offered up $20M. Now it’s at $40M and growing, even after Valve stepped back.
This year’s International 10, by the way, saw all kinds of Covid-19 related delays, and it’s now taking place in Bucharest in Romania, next month, with a live audience once again allowed.

“The End of Likes”: The Last Meaningless Proxy For Social Media Success?

What’s on with Tesla’s $7 bn gigafactory?

Can An Old, $22k Porsche Cayenne Turbo Take On The Tesla Model X?