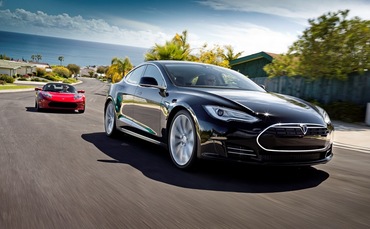 EV uptake continues to accelerate but price, access to infrastructure and driving range continue to deter many drivers, new analysis from RAC has found

A growing proportion of drivers intend to choose an electric rather than internal combustion car when they next switch vehicles – but high prices, inadequate infrastructure, and the limited distance reachable via a single charge continue to deter many motorists from embracing the electric vehicle (EV) revolution, a new survey from motor insurance firm RAC has found.

Nine per cent of the 3,000 respondents to RAC’s 2020 Report on Motoring said they intended to ‘go electric’ next time around, up from six per cent in 2019 and just three per cent a year earlier, signalling a significant step-up in demand for electric vehicles (EVs).

However, many respondents said they were still deterred by the higher price of EVs, with eight in 10 considering them too expensive when compared to their diesel or gas counterparts.

Accordingly, more than half called for increased financial help from the government to help bring green cars within their price range. Just over half of respondents said they would like to see VAT on zero-emission vehicles either cut or abolished entirely, while 48 per cent favoured a scrappage scheme to make switching from a fossil fuel powered to a battery-electric model affordable. Three in 10 backed an increase to the current plug-in car grant of £1,000 to take it up to £4,000.

The report also outlines other strategies beyond lower prices that could entice drivers towards buying a pure electric model. Key is access to charging infrastructure: with an estimated third of motorists unable to charge at home, the availability of public charge points is seen as critical to driving mass adoption. As such 43 per cent of drivers said they want the government to set a binding national target for access to public chargepoints, such as ensuring that 95 per cent of the population live no further than five miles from the nearest public point. Moreover, 28 per cent believe the price of charging at public chargers should be capped.

Similarly, many respondents expressed a desire for the range of EVs to improve before they would make the switch to pure battery models. The average desired range from the survey stood at 375 miles, roughly the distance from Cambridge to Edinburgh and a distance well in excess of average basic range for the top 10 pure electric cars sold in the UK, which stands at 235 miles, according to RAC analysis. Only one model – the Tesla Model S, with a price tag of £73,990 – offers a range of 375 miles and upwards on a single charge.

RAC data insight spokesman Rod Dennis said the survey clearly proved that “the single biggest barrier to a driver choosing an electric car over one powered by petrol or diesel has to be cost” and that as a result the government needs to take action if it is to stimulate uptake as the UK moves towards its 2030 ban on the sale of new petrol and diesel cars.

“Although good finance leasing deals and offers such as free home charging for a set period can help, it appears to be the case that the price of many new EVs remains prohibitively high for a lot of people, with most drivers keen to see more financial help from the Government to bring costs down,” Dennis said. “If the government really wants to stimulate demand for electric vehicles quickly, then it either has to boost the Plug-in Car Grant or remove, or cut, VAT for a fixed period of time. While removing VAT would lead to lower list prices, it would also cost the Government a lot more and may be more favourable to people choosing more expensive models.

“The current grant scheme is already in place so increasing it may be the easier option to implement. Either scheme may need to be more heavily incentivised over the next few years until such time as the list prices of electric cars fall of their own accord, as a result of manufacturing costs dropping.”

However, many EV advocates remain confident the sector is on track to address those consumer concerns that are hampering mass adoption. Scores of new models are set to be launched in the coming years and ranges are improving at the same time as costs are expected to fall as battery manufacturing capacity scales up.

Meanwhile, demand for EVs continues to grow rapidly amongst consumers and corporate customers. Global sales of EVs continued to accelerate through 2020, rising by 43 per cent to more than three million despite the huge disruption wrought by the coronavirus pandemic, according to the latest figures from Swedish consultancy EV-volumes.

As such sales of battery electric vehicles (BEVs) and plug-in hybrid electric vehicles (PHEVs) made up 4.2 per cent of the global car market in 2020, up from 2.9 per cent the previous year, the figures show. Sales did fall below 2019 levels between March and June, as Covid lockdowns hit hard, but they recovered strongly during the second half of the year and by December global sales had doubled compared to the previous year. In contrast, conventional car sales slumped by more than a fifth.

Tesla sold the most electric cars, delivering almost 500,000 units, followed by Volkswagen in second place in the global league table. EV sales more than doubled in Europe, as the region overtook China as the world’s largest EV market, according to EV-volumes’ analysis.

The Swedish consultancy also forecast accelerated growth would continue through 2021, estimating total annual sales of around 4.6 million, with 150 new BEV and PHEV models expected to hit the market.