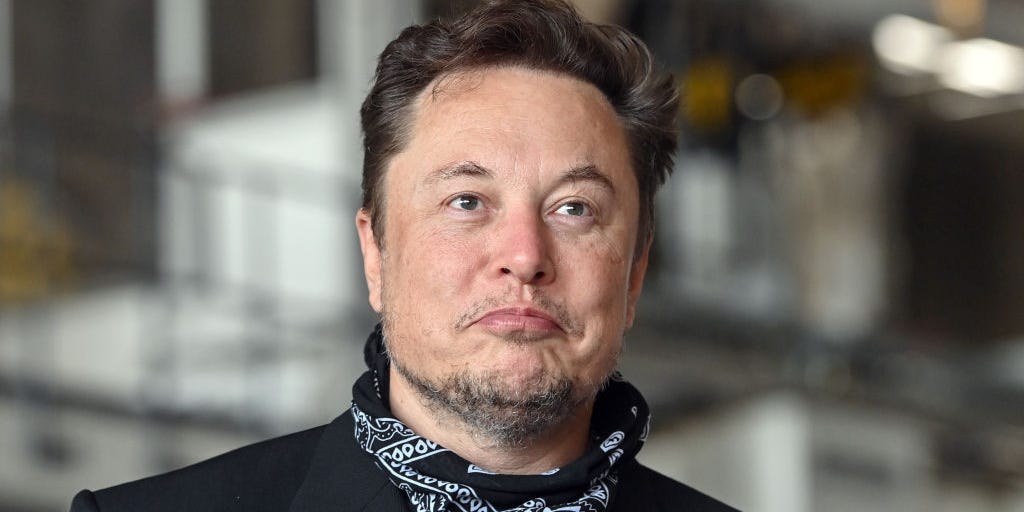 Elon Musk says dogecoin fees would have to fall for it to become a viable payment option.
His tweet came after AMC's CEO said the movie-chain operator may accept dogecoin for movie ticket payments.
Musk's latest tweet suggests he isn't sure about adopting dogecoin for Tesla yet.
Sign up here for our daily newsletter, 10 Things Before the Opening Bell.

Tesla boss Elon Musk said Wednesday dogecoin fees would have to drop for it to become a feasible payment option, after movie-chan operator AMC's CEO hinted he might add it as a method to pay for tickets.

"Super important for Doge fees to drop to make things like buying movie tix viable," Musk said in a tweet.

The billionaire CEO was responding to dogecoin creator Billy Markus, who is no longer developing the digital asset.

"Robinhood announcing wallets, AMC CEO not only talking about accepting dogecoin but saying it was the single most interacted with tweet he has ever made, the crypto market finally seeing some green," Markus had tweeted.

Cryptocurrencies had a weak start to the week with the total value of the market falling below $2 trillion, as the fallout from Evergrande's debt crisis delivered a huge blow to risk appetite, sending roughly every asset class lower. Bitcoin tumbled 8% to around $43,000 on Monday, while dogecoin fell 13% to 22 cents.

Most digital coins made some gains Wednesday, after Robinhood announced it would launch a crypto wallet by next year and AMC CEO Adam Aron responded to the Twitter poll he put out that sought input on accepting dogecoin in theaters.

"It's clear that you think AMC should accept dogecoin," Aron said. "Now we need to figure out how to do that."

Aron also appeared thrilled that Musk had liked his poll, and called him the "epitome of innovation."

Musk has been relatively quiet about cryptocurrencies ever since announcing Tesla would suspend vehicle purchases using bitcoin due to its impact on the environment. He previously hinted at adopting dogecoin for the EV-maker instead, but his latest suggestion about lower fees seems like he still isn't sure.

Dogecoin fees are made for the effort used in processing transactions on the blockchain. These fees can fluctuate, depending on how busy the network is. The dogecoin development team last month announced an update to the network, which claimed to enable upcoming fee reductions. Musk had reacted positively, calling it "good progress."

Dogecoin was last trading at 22 cents on Thursday. It's up more than 4,500% so far this year, according to data from CoinDesk.

Read More: Ahead of bitcoin's $3 billion options expiry this Friday, 5 experts told us how much the crypto and other leading altcoins can surge or fall from here: 'if markets bleed, they will bleed as a group.'

Tesla’s new chairman stands behind Elon Musk’s Twitter use: ‘He uses it wisely’