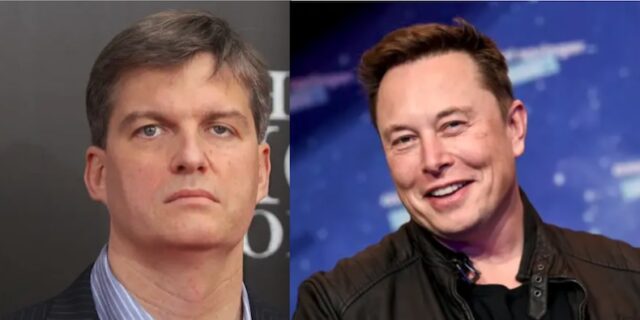 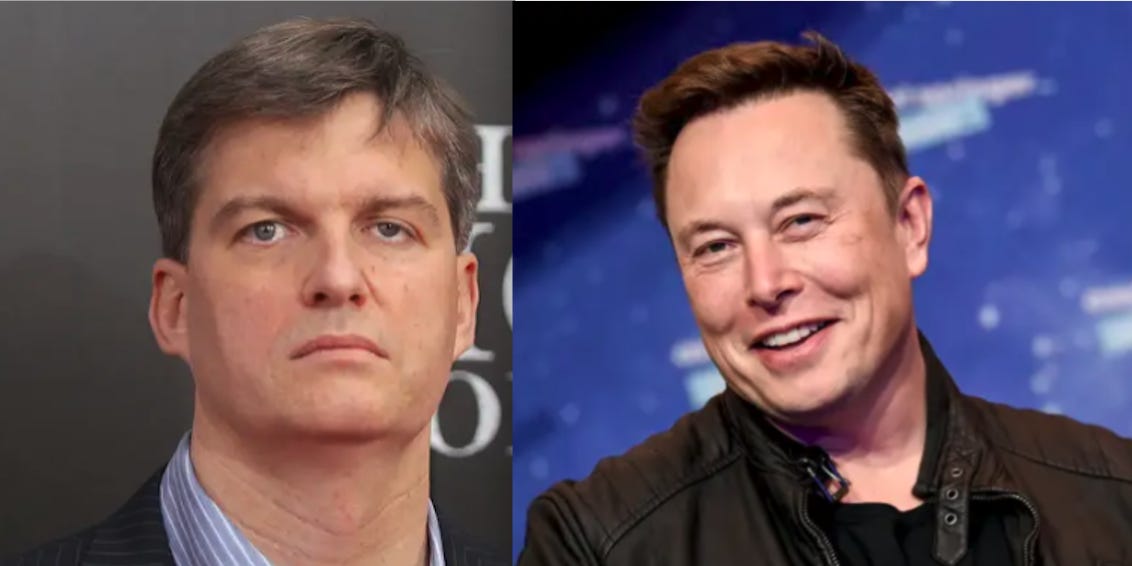 Tesla CEO Elon Musk has hit back at Michael Burry, calling "The Big Short" investor a "broken clock."
Burry has now deleted his Twitter again – but had strongly criticized Musk and the electric-car maker in recent days.
He has suggested Tesla benefits from taxpayer-funded subsidies and Musk just wants to take profit from its high stock price.

Tesla CEO Elon Musk has hit back at "The Big Short" investor Michael Burry, labelling him a "broken clock."

It came after Burry, who's famous for predicting the 2008 financial crisis, slammed Musk and Tesla, and said there was "more speculation than the 1920s" in the current stock market.

Burry has now deleted his Twitter account, but not for the first time. Recently, he has followed a pattern of activating his profile to tweet dire warnings about financial markets, before shutting it down again.

The Scion Asset Management boss has been a long-running Tesla skeptic, but he stepped up his criticisms in recent days after Musk started selling large amounts of stock. He said Musk really just wants to capitalize on its high stock price and suggested Tesla was benefiting from taxpayer-funded subsidies.

The tweet made clear that Musk thinks Burry's views of the market are stuck in the past. It was likely a reference to Burry's history of dire warnings about the current state of the stock market and about certain companies such as Tesla.

Despite the Scion boss' arguments that Tesla's stock price is a sign of a massive market bubble and that stocks could crash dramatically, both the equities market and the EV company have boomed over the last year and a half.

Burry's last post before deleting Twitter — apparently, on Monday — was of a Tesla stock chart. It highlighted the fact that Musk had said the price was "too high" at around $180, when the stock is now worth $1,013. "Just think about it," Burry said.

He has also argued that Musk "just wants to sell" Tesla stock to capitalize on the price, after the tech entrepreneur started offloading large amounts of shares, in part to cover tax obligations.

On Saturday, Burry directly tweeted Musk to suggest Tesla had grown so big in part because of "massive government and electricity subsidies on the backs of taxpayers who don't own your cars."

Despite Burry's criticisms of Tesla, the fund manager sold out of his bet against the electric-car company in the third quarter as he slashed his portfolio.

Insider has contacted both Tesla and Scion Asset Management, which Burry manages, for comment.

Burry shot to fame after making a billion-dollar bet that the US housing market would collapse just before the financial crisis, which was made famous by the Michael Lewis book "The Big Short."

Christian Bale played the Scion boss — who's also known for his irreverent attitude towards traditional finance and love of heavy metal music — in 2015 the movie adaptation.

New filings on Monday night showed that Musk had sold $930 million more of Tesla stock, taking his total sales in his recent round of selling to around $7.8 billion.

Read more: The founder of a Michael Burry subreddit explains 'The Big Short' investor's unique appeal — and reveals the stocks hidden in his tweets

Tesla Model Y Standard Range is a hit in China

Solar Powered Device Can Purify 19,800 Gallons of Water Per Day