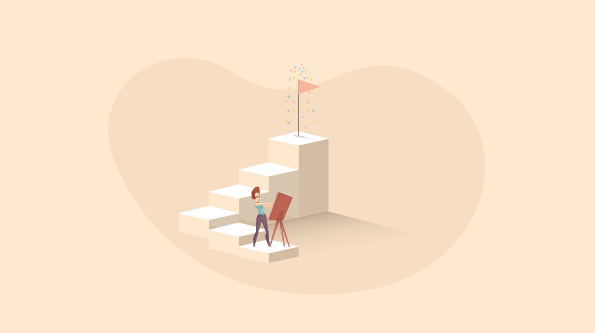 There are two crucial elements to successful people management: first, you want to reward your most capable employees, and second, a common reward is to promote them to a position with more responsibility. In many cases, that involves moving a high-performing employee from being an individual contributor to leading a team as a manager. Again, in many cases, employee promotion just makes good business sense.

But when you sit down with Jozef or Sally to talk to them about moving up the ladder, you see their faces scrunch up a little bit. Sure, a promotion to manager does have its perks. If you’re a manager, you’re a bigger deal. You have more say-so in decisions and can even lead change. It’s a huge step forward in your career arc. Your paychecks are a little fatter, too.

But there are drawbacks in their eyes: once you become a manager, your calendar is mercilessly packed with endless meetings. Your job no longer involves actual coding, blueprint drafting, or innovating technologies for LEED-certified buildings – all that stuff you live for is now in the rearview mirror. You’re just supervising employees to do all that on schedule while meeting quality standards.

“To build anything that matters at a certain scale, you need to cooperate with others and take advantage of the work of others in the good sense,” Nikos says. “No matter the size of the organization or your individual talent or contribution, ultimately, in most professions, you need to work with others.”

And this requires leadership. Someone needs to organize all that stuff, and successfully too. It’s a crucial aspect of growing as a company.

“I’m not saying that the only way to progress is to be a manager,” Nikos stresses. “But every so often, even for professions like engineering where you may be coding yourself, at some point, in order to be able to do bigger interesting projects, you need to be able to coordinate others to do it.”

Management is an opportunity, not a challenge

Of course, it’s not the only way. If Jozef or Sally would rather deepen their talents as an individual contributor, that’s absolutely fine. That’s their prerogative, and it’s in their right to do so. More so, you want them to be happy, because happy employees stay and they contribute hugely to your company – in fact, many successful businesses have comprehensive career maps for those who wish to remain as makers and individual contributors.

But, perhaps, through your discussions and interactions with Jozef and Sally, you’ve recognized that they just might be open to management, but they’re focused so much on the negative aspects of it (meetings, supervision, etc.) that they don’t see the opportunities. So, you want them to be ready and prepared for the move up (otherwise, you’ll fall into the infamous Peter Principle trap) and especially be motivated to take on their new responsibilities. Again, it’s about making sure they’re happy about a career change to management.

That’s on you, as their employer, to start a new discussion and have a chat with them about specifically that, so you both get what you want: they feel confident and positive about their new position, and you now have your strongest, most capable star employees spreading their wealth of talent to others in your organization. Everyone wins.

Here are four things to help you assure Jozef and Sally – again, through open communication – that welcoming this kind of employee promotion to manager could be the best thing they could do for their careers:

1) You still do what you love, but at a deeper, broader level

Let’s get down to brass tacks: a common misconception about management is that you’re no longer doing what you love, and instead, you’re just directing others to do it.

“Of course not – you’re still doing it,” Nikos says. “You are doing it through others. Making things is not only valid if you make them by hand yourself. It’s equally valid if you train others to do a good job at it.”

By becoming a manager of a team and coordinating the work of others, you’re afforded the opportunity to expand your skill set, Nikos stresses. “You’re actually learning at a deeper level how this is done.”

A carpenter, for example, is growing their knowledge exponentially beyond cutting wood and building furniture: “Don’t you think a good carpenter spends time looking at designs and modern trends in interior design or architecture, and ordering the best materials, and building relations with the suppliers? Of course. Isn’t that part of the job?”

And in turn, knowing the work in greater depth means broadening that knowledge throughout teams. In short, your expertise has expanded. Nikos explains: “All the things you were doing on your own, you can codify them so you can teach them to others, and you can actually check if others are doing it well, and you can help them develop.”

In addition to the powerful validation of hard work and skills, being tapped to manage a team means your knowledge is worth sharing with others. The company wants to replicate those successes throughout the team, and you’re being put in charge of that. So, you’re not “just” directing others to do the job. You’re still doing the work, but at a higher, more meaningful level.

2) You can’t build skyscrapers on your own

There are limits as to how much you can do as an individual contributor. For example, as Nikos indicated above, there’s only so much you can accomplish in an eight-hour day or a 40-hour week. To accomplish more, you need teams, and you need people to lead those teams.

“In the beginning, you can only do a small piece of work, then you can do a large piece of work, and at some point, you can even dictate how this work is broken up. Or,” he adds, “you can teach others how to do it, and manage a lot of people doing a larger piece of work. You could be building small houses, or you could be building skyscrapers. It’s the same profession, but if you’re not willing to manage other people, you’re not going to build skyscrapers on your own. Never.”

If you ask for extra time so you can finish the project on your own, that’s not a very feasible option, Nikos says. You’re actually selling yourself short in your career in doing so.

Nikos’ message is clear: “The ability to deliver something good should not – and cannot – be limited through your individual skill and individual capacity.” To take on larger, more significant projects – even skyscrapers – you need to lead a team.

3) You can build a legacy

In describing the importance of management, Nikos takes it to another level: “What did ancient civilizations do the moment they devised the art of management? They built huge structures; pyramids. Why? It was a demonstration of the power of management for them. It’s like saying, ‘You know what? I can get and coordinate a thousand people into doing this.’”

If that seems like an exercise in power, Nikos clarifies that that isn’t necessarily the case. It’s about heading up influential, successful, long-lasting projects like the Egyptian pyramids. “In order to be able to complete big projects and sustain bigger civilizations, humanity had to discover how to break down their work, to organize it, and to coordinate a lot of people into doing this.”

Let’s take modern examples of so-called pyramid-building. For instance, Steve Jobs and Steve Wozniak didn’t build Apple all on their own. They led a large team, and ultimately, an electronics empire that transformed many facets of modern society. Elon Musk wouldn’t have been able to build his SpaceX rockets or his Tesla cars on his own – he ultimately had to assemble a team of superstars to see those rockets and cars through to completion on a mass scale. And they didn’t succeed by accident – many years of hard toil were spent in garages and on couches in the office before they started to accumulate and lead large teams to make their visions a reality.

In fact, in a 2018 interview, Musk highlighted the importance of working with others to attain larger success: “If you are a manager or leading at any level at SpaceX, we stress that your team is not there to serve you. You are there to serve your team and help them do the best possible job for the company.”

Now: imagine if Jobs and Musk had decided they couldn’t work with others – let alone manage others – and instead tried to drive a project to completion (yes, we’re still talking about smartphones and rockets) as a one-man gang. Their expansive knowledge and skills may never have seen the light of day beyond their own heads. There would have been no Apple, no SpaceX, no Tesla.

Nikos asks us to imagine this scenario: “If somebody says, ‘Oh, I just know how to build those houses. I can’t tell you how. I just know it.’ Well, the moment this person dies, we’re done. Okay? We have to learn it all over again.”

4) Yes, you’re still in the trenches

One of the biggest pushbacks against transitioning from employee to manager is that you’re no longer in the trenches, working shoulder to shoulder with your colleagues. But, according to Nikos, that’s not necessarily the case in many professions. He addresses me – Workable’s Content Strategy Manager – as a good example.

“Your job is a good example,” Nikos tells me. “I find it really hard to imagine that in a journalistic environment, the chief editor does not do any writing, any research, or does not do their own reading. Most good editors are the ones that are fantastic writers on their own, and they write the editorials. They’re probably one of the best writers on the team. Yes, they manage others as well, but they’re also individual contributors. So this player-coach set up is really good in some professions.”

Not to mention, a good player-coach can inspire someone else to excel – which raises the profile of the entire team.

“This is how the establishment gets built. So in our mini-world, in all the things we do at the office, we are trying to replicate that to a certain extent.”

Becoming a manager is just doing the same work at a higher level. “I do not distinguish between the manager and the individual contributor in this sense. The manager is just a different stage of evolution of a professional,” Nikos says.

The art of managing managers

A major motive of business is overall output and the bottom line. To grow both exponentially, you want your best employees to develop and share their expertise with others. It won’t do simply to promote them to that position; the onus is on you, as the employer, to ensure your individual contributor is ready and, especially, willing to take on that task. Communication is the key to that.

Fittingly, that itself is a crucial talent of a successful manager; to enable and motivate your employees to become good managers themselves.

So next time you talk to Jozef and Sally about transitioning from employee to manager, you can assure them that it’s not a punishment for their hard work. Quite the opposite; it’s an incredible opportunity for them to build skyscrapers. In terms of employee development, that is a success, and your business will benefit as a result.

The post “Employee promotion to manager” time: 4 tips to inspire your stars appeared first on Recruiting Resources: How to Recruit and Hire Better.