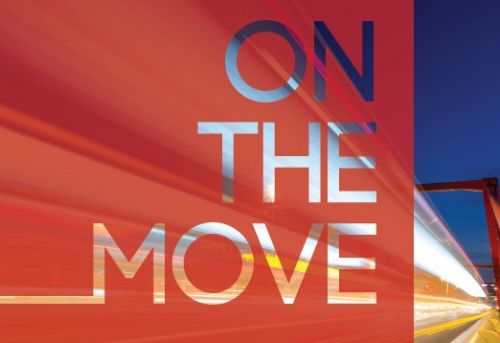 We start this installment of the Energy Jobs column in possibly the most active state for the energy industry.

This season, the California Public Utilities Commission brought on a brand new commissioner, Genevieve Shiroma. She was on the Agricultural Labor Relations Board, and also worked to the state’s Air Resources Board and invested nearly a decade together with an Sacramento Municipal Utility District. Shiroma joins a set of regulators that have their hands full because they oppose to institute a host of new policies and regulations to manage the utility-wildfire nexus.

Also in the Golden State, Governor Gavin Newsom lately called David Hochschild as seat of the California Energy Commission, in which he’s served as an associate since 2013.  Janea Scott was designated vice chair of the CEC, in which she has also served since 2013.

In federal regulatory news, Cheryl LaFleur declared she would not be seeking another term together with the Federal Energy Regulatory Commission and will depart sometime this season. The departure might allow for a shift in the equilibrium at the agency. Last year, President Trump has called Neil Chatterjee since chairman of FERC upon the resignation of Kevin McIntyre, who recently passed away.

In other resignations about the front, Asim Haque resigned as chairman of the Public Utilities Commission of Ohio successful on March 1. At a resignation letter which was warmer and more heartfelt than just about anything you find in the regulatory world, Haque mentioned, “I am a political independent, for which I joke means that I am a political nobody/nothing. I’m a first-generation American born son of (very brilliant professional) parents of Indian descent.  I had been born in Ohio, and I’ve never resided. ” He could be moving from his cherished Ohio to have a job with PJM outside of Philadelphia, where he will be manager of outside events and strategic policy.

We’ve made it this way, but now it’s no time for Tesla. CFO Deepak Ahuja is retiring, back again. He first retired from Tesla in 2015. He’ll be replaced by Zach Kirkhorn that had been Tesla’therefore VP of financing. Ahuja will continue being an adviser to Tesla.

Lyndon and Peter Rive, co-founders of all SolarCity, which was ultimately purchased by Tesla, were appointed to the board of Zola Electric (formerly Off Grid Electric). Zola is currently the highest funded off-grid energy accessibility company, according to Wood Mackenzie Power & Renewables.

Brad Hansen has left EnSync, in which he had been CEO, since the company has brought on a restructuring advisor, according to the Milwaukee Business News. Hansen is currently serving as CEO of an unnamed venture. EnSync is working on a stage to get behind-the-meter DER trading. It is facing delisting from the New York Stock Exchange.

Momenta Partners, an executive search firm dedicated to constructing technical teams in connected industry, is the host of the GTM tasks column.

One of its many busy searches, Momenta was engaged to find a product marketing manager.

The customer is seeking a talented individual to join the team as a Product Marketing Manager. Within this role, you’ll be accountable for the product positioning and messaging for our industry-leading dispersed energy source management platform. From determining positioning and naming, to conducting analysis and communicating product benefits, you will help form the product’s voice and help grow our client base. You’ll work with a cross-functional team throughout sales, corporate advertising, product development, and also engineering to match the features of EnergyHub’therefore merchandise with customer needs so as to drive earnings.

After more than eight years at EnerNOC, Christian Weeks is currently CEO at enVerid Systems. EnVerid says it is “commercializing our HVAC weight reduction engineering in commercial buildings. ”

Kate McKeever has joined the Energy Storage Association’s board of directors. She’s the manager of regulatory and institutional affairs at Enel Green Power North America.

In more utility-wildfire nexus news, Michael Wara, who heads up the Climate and Energy Policy Program at Stanford’s Woods Institute for the EnvironmentStanford will function California’s Commission on Catastrophic Wildfire Cost and Recovery. He’s right that the official appointment letter for the role was really fancy.

Simon Lonsdale, most recently the chief strategy officer of ChargePoint, has joined Amply Power as head of strategy and sales. Amply seeks to “accelerate and simplify the adoption of electric vehicle fleets: autonomous vehicles, trucks, automobiles, and buses. ”

City National Bank has launched an energy project financing team. The department will be led by Craig Robb, and will offer financial solutions to companies and entrepreneurs managing and developing energy jobs.

Solar project programmer Recurrent Energy has appreciated Timothy Allen because of its new managing director together with all the engineering, procurement and construction team. He joined Recurrent Energy out of Sempra Renewables, in which he served as a senior manager of operations and building, overseeing 1,200 megawatts of solar and wind projects and also 11 megawatts of storage.

Alexander Silin is currently sales manager for Highview Power for both Eastern Europe and the Middle East. He was at GE for approximately 25 years as GM of sales for GE Power in Western Europe, Israel and Turkey.