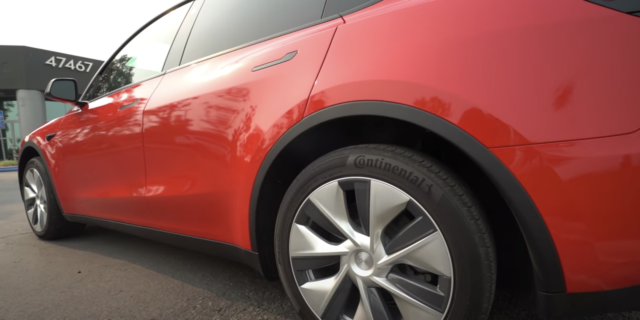 Tesla’s recently-released Acceleration Boost upgrade for the Model Y crossover is getting its first looks in a new video.

Tesla enthusiast and content creator Tesla Raj got together with his friend Tim, the owner of a Model Y Long Range All-Wheel Drive. Tim recently purchased the newly-available Acceleration Boost upgrade from Tesla, which is available through the company’s Smartphone App.

Although the Model Y LR AWD already sports an impressive 4.8-second 0-60 MPH acceleration rate and a 135 MPH top speed, the Acceleration Boost upgrade shaves an additional half-second off of the 0-60 time.

To prove that the Model Y’s performance did, in fact, improve after purchasing the Acceleration Boost upgrade, Raj and Tim executed a 0-60 MPH test before buying the $2,000 option. The test proved to be relatively accurate compared to Tesla’s listed specifications, and it ran from a standstill to 60 MPH in 4.84 seconds.

Tim then went into his Smartphone app and purchased the $2,000 upgrade, indicating that there is a 48-hour window where the feature can be refunded and removed from the vehicle’s software. This was a requested function from some owners who complained that their phones “butt-dialed” the app and purchased optional upgrades in the past. Tesla added refundable options for its upgrade packages in case this happens, or if an owner is not satisfied with the improved performance.

After the vehicle downloaded and installed the Acceleration Boost software, Raj and Tim ran yet another 0-60 MPH test, and the results proved that the upgrade did precisely what it said it would do.

The post-purchase test showed a 4.32-second 0-60 MPH acceleration rate, which was about a half-second faster than the car’s performance before buying the upgrade. Impressively, Tesla has given owners the option to make their cars a half-second quicker by merely purchasing a quick upgrade on their phones. The installation process only took Tim a few minutes, and the results frankly spoke for themselves. 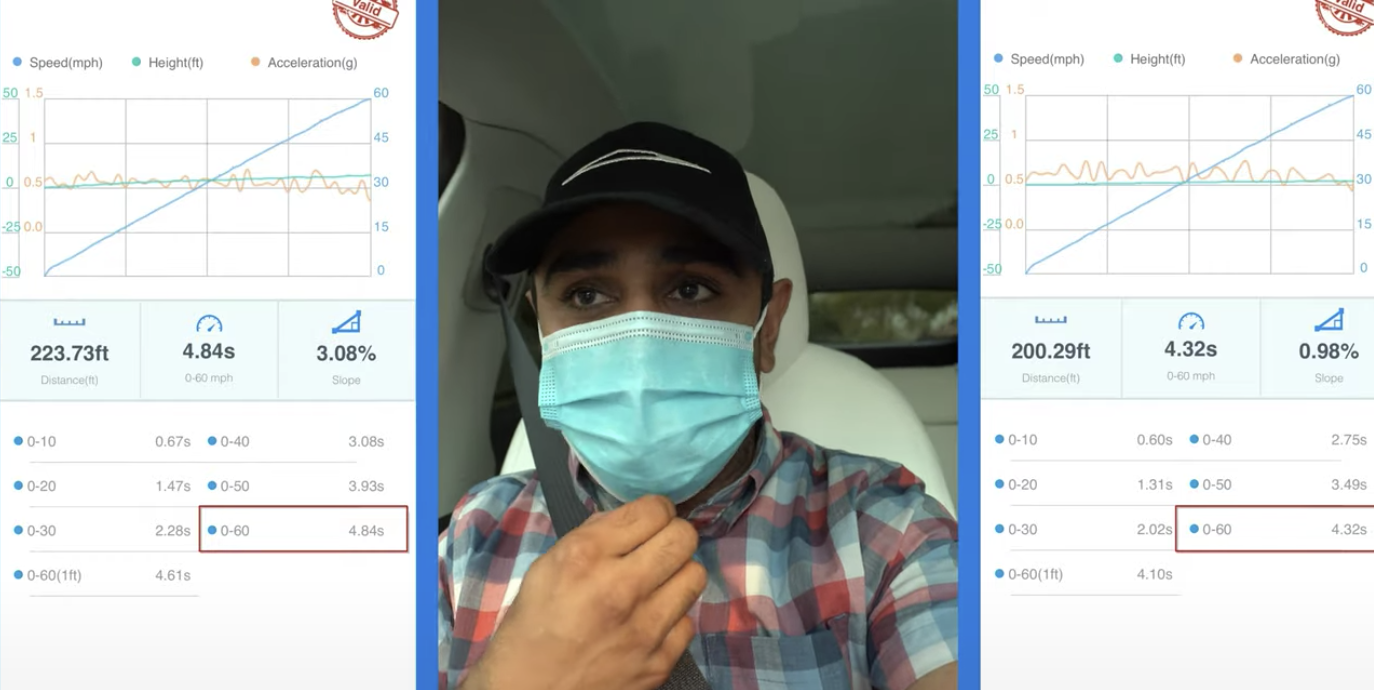 The pre-purchase times on the left are about a half-second slower than the speeds that were recorded with the Acceleration Boost on the left. (Credit: Tesla Raj | YouTube)

Only time will tell if the upgrade does more than what Tesla claims because some owners who purchased the Acceleration Boost for the Model 3 indicated that their new performance specifications were better than what was described.

With the Model Y being Tesla’s second mass-market vehicle, there is a good indication that it could be the company’s best car to date. While its body style is the most popular in the United States, it offers increased cargo space for travelers and parents, while giving increased and improved performance specifications for those who want a little more pep in the step of their daily driver. Tacking on the Acceleration Boost and coupling it with Tesla’s instant torque from the all-electric powertrain has ICE automakers shaking in their boots.

Watch the Tesla Model Y Acceleration Boost in action below, and let us know in the comments if you’ll be buying the optional upgrade.

College Admissions is a Regressive Tax on Low-Income Students