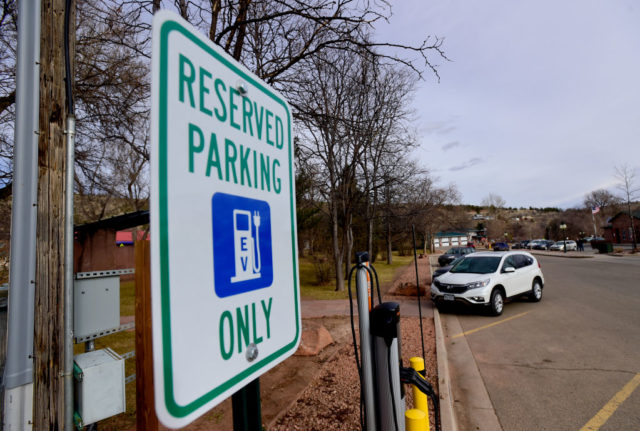 Electric vehicles are becoming more and more popular, with sales up a whopping 81 percent between 2017 and 2018. But lawmakers seem to encourage this trend, and as manufacturers present their own models, many conservative groups are actively fighting against it.

On Thursday, congressional lawmakers received a letter signed by 34 organizations urging them to oppose any expansion of tax credits for electric vehicles. Signatories to the letter include a number of think tanks that promote climate science denial, a group run by a former Koch lobbyist, and the newly launched Energy 45 Fund set up by a former Trump Environmental Protection Agency (EPA) official.

Addressed to Sens. Chuck Grassley (R-IA) and Ron Wyden (D-OR), in addition to Reps. Richard Neal (D-MA) and Kevin Brady (R-TX), the letter calls for the current electric vehicle tax credit “misguided,” and argues that expanding this initiative will “be a net harm to customers. ”

This comes after a bipartisan group of senators introduced a bill last month that could open up the tax credit to roughly three times as many people.

Currently, there is a cap on the number of tax credits the government can issue for vehicle purchases. Just the first vehicles would qualify for the full $7,500 credit, while cars would get half as much.

Thursday’s letter was spearheaded by the American Energy Alliance, the advocacy arm of the Institute for Energy Research, which is run by former Koch Industries lobbyist Thomas Pyle. Pyle has close ties to the government, and served as the head of the Trump energy transition team. Before stepping into that role, he sent a memo to a personal email list outlining his policy priorities; these included exiting the Paris climate arrangement and scrapping the Obama-era Clean Power Plan. Both of these have since been declared.

Additionally, there are a number of Koch-linked, fossil fuel-funded, climate denial groups one of the correspondence ’s signatories, including the Competitive Enterprise Institute, the Energy & Environment Legal Institute (E&E Legal), The Heartland Institute, Heritage Action for America (the advocacy arm of The Heritage Foundation), and the CO2 Coalition, whose motto is “Carbon dioxide, a nutrient vital for life. ”

The Texas Public Policy Foundation (TPPF) also signed on to the letter. The think tank has had somewhat of a revolving door with the Trump government with several staffers moving between TPPF and high-level positions in the Energy Department, Interior Department, and the EPA.

International market would save around $160 trillion by shifting to renewables, electrical cars

The Kochs — who’ve made their wealth largely from petrochemicals and fossil fuels — have a history of lobbying against electrical vehicles.

In 2016, they launched a front group called Fueling U.S. Forward — that Pyle was reportedly involved with — to promote fossil fuels. As HuffPost reported this season, the group planned to spend $10 million yearly “to boost petroleum-based transport fuels and attack government subsidies for electric vehicles. ” As of October 2017, it was uncertain whether Fueling U.S. Forward was still an active front bunch.

Regardless, other like-minded organizations have continued to lobby against the growth of electrical vehicles.

In Thursday’s letter — that echoes one shipped last September to Brady and another sent to former Nevada Republican Sen. Dean Heller last October — the groups argue that electric vehicle tax credits “overwhelmingly benefit the rich” and function as a successful “wealth transfer to California at the expense of all other states. ”

Incumbent Sen. Dean Heller (R) is running a tight re-election race, and his state is home to Tesla's factory.

Their argument presumes that only rich people buy electric cars, and highlights a continuing tension between Trump and California; a country that has continued to challenge the government ’s policies — such as automobile fuel efficiency rollbacks — in people and the courts, frequently successfully.

“We urge you to protect your components and all American families by opposing an expansion of the electric vehicle tax credit,” the letter concludes.

Yet, the correspondence ’s arguments are based on studies conducted by groups that have obtained fossil fuel funding; the Pacific Research Institute (PRI) — whose research is titled “Costly Subsidies for the Rich” — and the Manhattan Institute have taken money from ExxonMobil.

The findings also contrast recent studies that found a shift to renewable energy and electric vehicles would save the economy trillions of dollars. An International Renewable Energy Agency report found that the wave that was most cost-effective to attain a “ climate-safe future ” was through an accelerated energy transition to renewables and energy efficiency coupled with electrification of sectors like transport.

Global temperature increases that are dangerous are limited by doing so would not only help but would save up the global economy to USD 160 trillion in energy subsidies health costs and climate damages. ”

The decline in battery costs in part is currently driving the enormous expansion in electrical vehicles and renewables. And according to a Reuters analysis, automobile manufacturers are expected to invest more than $90 billion over the next ten years in electric vehicles.

Electrifying the transport sector is to decarbonizing the market — something politicians and activists alike recognize very important.

Los Angeles, a city plagued by traffic and air pollutionintroduced it’s version of a Green New Deal that aims to have 80 percent of its cars. Likewise Democratic Washington Gov. Jay Inslee, a 2020 presidential hopeful, last week unveiled his climate policy campaign proposal that calls for 100 percent zero-emission new vehicles over the next 11 years.

Don’t impulse shop. Use a system to buy the right stuff for you.