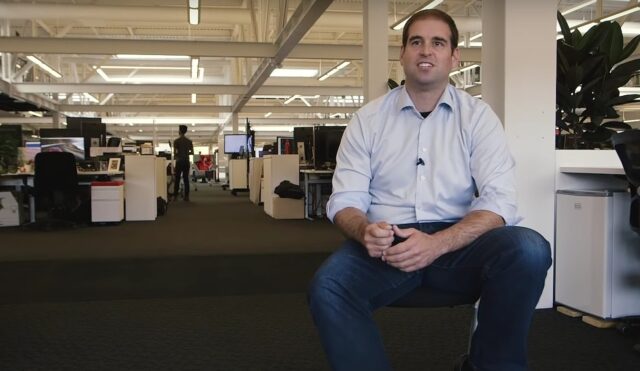 Redwood Materials, the battery recycling startup founded by former Tesla CTO JB Straubel, recently secured some funding from Amazon as part of the e-commerce giant’s efforts to reduce its emissions. Redwood is one of five companies that Amazon is investing in as part of its Climate Pledge Fund, which was announced last year and expected to cost about $2 billion.

In a statement about the five companies that received funding, Amazon CEO Jeff Bezos stated that firms like Redwood are “channeling their entrepreneurial energy into helping Amazon and other companies reach net zero by 2040 and keep the planet safer for future generations.” Amazon, for its part, appears to be interested in Redwood’s recycling technology, which could allow materials like lithium, cobalt, and nickel to be extracted from old smartphones and other consumer devices.

Redwood was founded by the former Tesla CTO in 2017 after seeing that the global shift to electric vehicles will likely cause unnecessary environmental damage from a surge in mining. Such a scenario would only happen, however, if there is no recycling system in place that would allow EV producers to reuse the materials that have already been used in their cars’ batteries. Speaking with the Financial Times, Straubel shared his vision for the transportation sector, which involves the mass adoption of EVs and a closed-loop battery recycling system.

Redwood Materials is building one of the biggest car battery-recycling operations in the U.S. to make electric vehicles more affordable. #BEV is proud to co-lead the company’s first fundraising round. https://t.co/JOTeFFLFEz

“(My vision is a) world where all of the transportation is done by electric vehicles and we have batteries powering a sustainable world. And all of those batteries are able to be recycled and remanufactured many, many times so that we can have a nearly closed-loop,” Straubel said.

This same concept stands just as true in the consumer electronics sector, according to the former Tesla CTO. Straubel remarked that while batteries are bound to degrade with repeated use, the underlying elements that comprise them remain sealed from the environment. This meant that the batteries’ materials, most of which are very valuable, could be broken down and repurposed once more. If this is accomplished, the former Tesla executive believes that mining would not be as necessary anymore.

“There are a phenomenal amount of cell phones in the world that currently are being discarded as trash or thrown into a landfill. It’s a massive, untapped resource. If we can recover 98 or 99% of those materials and reuse them, we don’t need very much new material to keep that whole process running… Even though the battery is internally degraded, all of the same materials are still in there — all of the same atoms of lithium, nickel, and cobalt. You can still harness all of those same materials, but they need to be reprocessed and brought back to a state where they could be used again and built into a new battery,” Straubel remarked.

The exact amount of funding that Redwood Materials has acquired from Amazon has not been disclosed by either company, through the former Tesla executive noted that there was a potential for “partnership on a number of different levels” between the recycling startup and the e-commerce giant. One of these levels may include aiding Amazon in building and developing an end-of-life process for consumer electronics that are sold through its e-commerce platform so that the devices and their components could be reused.

Redwood Materials has remained mostly in stealth mode since its founding, though signs have emerged that the company may be part of Tesla’s efforts to develop its own battery recycling processes. One of these involves an existing partnership with Panasonic to reclaim the scrap that is generated from the battery cells currently produced at Tesla’s Gigafactory Nevada facility. Reports have indicated that Panasonic initially started a trial run with Redwood to reclaim more than 400 pounds of scrap from Giga Nevada, and the results were so successful that the Japanese firm raised its contract to 2 tons not long after.