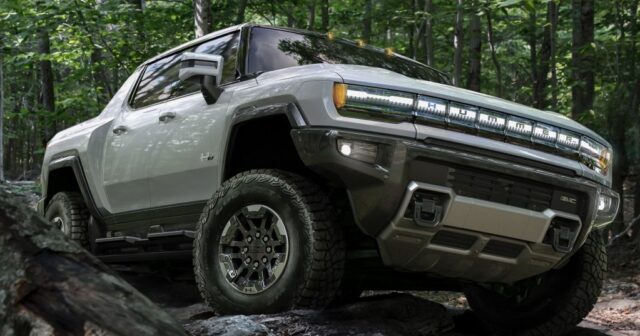 GM recently took the wraps off the Hummer EV, its first foray into the budding all-electric pickup truck market. Inasmuch as the vehicle’s five-minute video unveiling was compelling, it soon became evident that the impressive feats being showcased by the Hummer EV in its reveal were not necessarily real. Soon, a GM engineer reportedly admitted that the company doesn’t have a fully-functioning prototype of the Hummer EV yet, and the vehicle shown in the unveiling was computer-generated.

Yet despite this, the Hummer EV has garnered a significant amount of praise, even from veteran auto reviewers. Doug DeMuro, one of the most prolific car reviewers on YouTube, remarked that the Hummer EV seemed to be farther along in its development compared to rivals such as the Tesla Cybertruck and the Rivian R1T. This statement unsurprisingly caught the ire of the Tesla enthusiast community, and it did not take long before legitimate arguments against the Hummer EV were dismissed since they were coming from a “Tesla fanboy” angle.

you can’t even drive that thing coz it doesn’t work. simulation looks good tho

But let’s forget Tesla and the Cybertruck for a minute.

Even if one removes Tesla and its post-apocalyptic steel triangle on wheels out of the equation, the Hummer EV still fails to do justice to the EV efforts of rival automakers, both veterans and newcomers alike. This is especially notable when it comes to the all-electric vehicles that companies like Ford, Porsche, Rivian, and Polestar have created. Compared to the Mustang Mach-E, the Rivian R1T, the Polestar 2, and the Porsche Taycan—even the Ford F-150 Electric—the Hummer EV is barely more than CGI.

This was highlighted by electric vehicle veteran and enthusiast Sean Mitchell, who noted that the display unit Hummer EV showcased in the all-electric pickup’s early reviews had an electrical cord running from the truck to a plug. This is common practice for vehicles that are placed in displays, as it prevents batteries from being discharged. There is only one issue: the Hummer EV is supposed to be equipped with a massive 200 kWh battery, a pack that could, at least theoretically, power the truck’s electronics for weeks on its own.

With @rebellerally now complete, we want to thank @MMMotorsports and @rebecca_donaghe for treating the R1T to 8 days of all-out, real-world driving. Learn how this 2,000 km rally served as the perfect test ground as we continue validating our fleet. https://t.co/Jb1bf1WHXe pic.twitter.com/Yd0JUv0L3V

Granted, later comments from reviewers such as DeMuro noted that they did see a moving Hummer EV display unit during their initial review of the vehicle. This is a low bar, however, as a small motor and a small battery pack could have been used to propel the vehicle. This is something that has not been done by GM’s competitors. Multiple Porsche Taycans were driven onstage during the car’s unveiling, for example, and the Rivian R1T was fully-functioning when it was showcased for the first time. Even the Mustang Mach-E and Polestar 2 had working units that needed no electrical cord when they were unveiled.

With these in mind, as well as the fact that reports have pointed at the Hummer EV only being 18 months into its development cycle, it does seem to be a stretch to argue that the Hummer EV is farther along in its production than its competitors. The F-150 Electric, a truck that Ford notes will be produced in a few years, already has a prototype that is capable of pulling a train car that weighs 1 million pounds. The Rivian R1T, a truck that has spent years in development, recently completed an eight-day rally over 2,000 kms. That’s something that the Hummer EV seems to be capable of doing only in CGI, at least for now.

Watch Sean Mitchell’s take on the Hummer EV’s unveiling in the video below.

The post GM’s Hummer EV is getting a free pass–that doesn’t do Rivian, Ford, and Porsche justice appeared first on TESLARATI.

Are You Ready For Mansory’s Latest Tuned Porsche, Audi, And Ferrari Proposals?