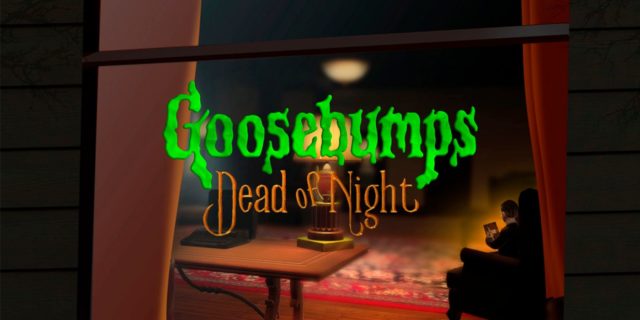 The phrase “family-friendly horror” is an oxymoron, but author R. L. Stine has mastered the art of writing horrifying tales for those young and old. The latest installment in the Goosebumps line of video games showcases Stine’s unique style of storytelling. Goosebumps Dead of Night would fit perfectly among the rest of Stine’s horrific stories if it weren’t for the game’s unpolished presentation. Seeing Stine’s classic monsters reimagined is one of the greatest facets of the game, but nostalgia can only carry a game so far.

Goosebumps Dead of Night is a console and PC port of the 2015 mobile game, Goosebumps Night of Scares. The story picks up where the 2015 Goosebumps movie left off. R. L. Stine, voiced by Jack Black, has been sucked inside a typewriter and the monsters from his novels have been set loose inside of his house. The player controls Twist, a young boy who has mysteriously found himself inside Stine’s mansion. Twist is tasked by Stine to collect the pages to the novel Night of the Living Dummy in order to catch Slappy, an evil dummy who is responsible for trapping Stine and setting all of his monsters free.

Immediately the fear of the unknown sets in. Stine’s mansion is patrolled by roaming monsters that will kill Twist if given the chance. The player can examine destroyed books to have Stine describe what horrors await the player in greater detail. The tension builds as more monsters are set free… but then quickly fades once the player learns how to elude each enemy. All of Stine’s monsters follow the same pattern, and their AI is easy to outsmart. If a monster sees Twist, all he needs to do is duck inside a hiding spot and the monster will eventually leave. Even when hiding in front of a monster they will forget they ever saw Twist. This makes monsters feel harmless, but it is still cool being able to see Stine’s creations come to life. 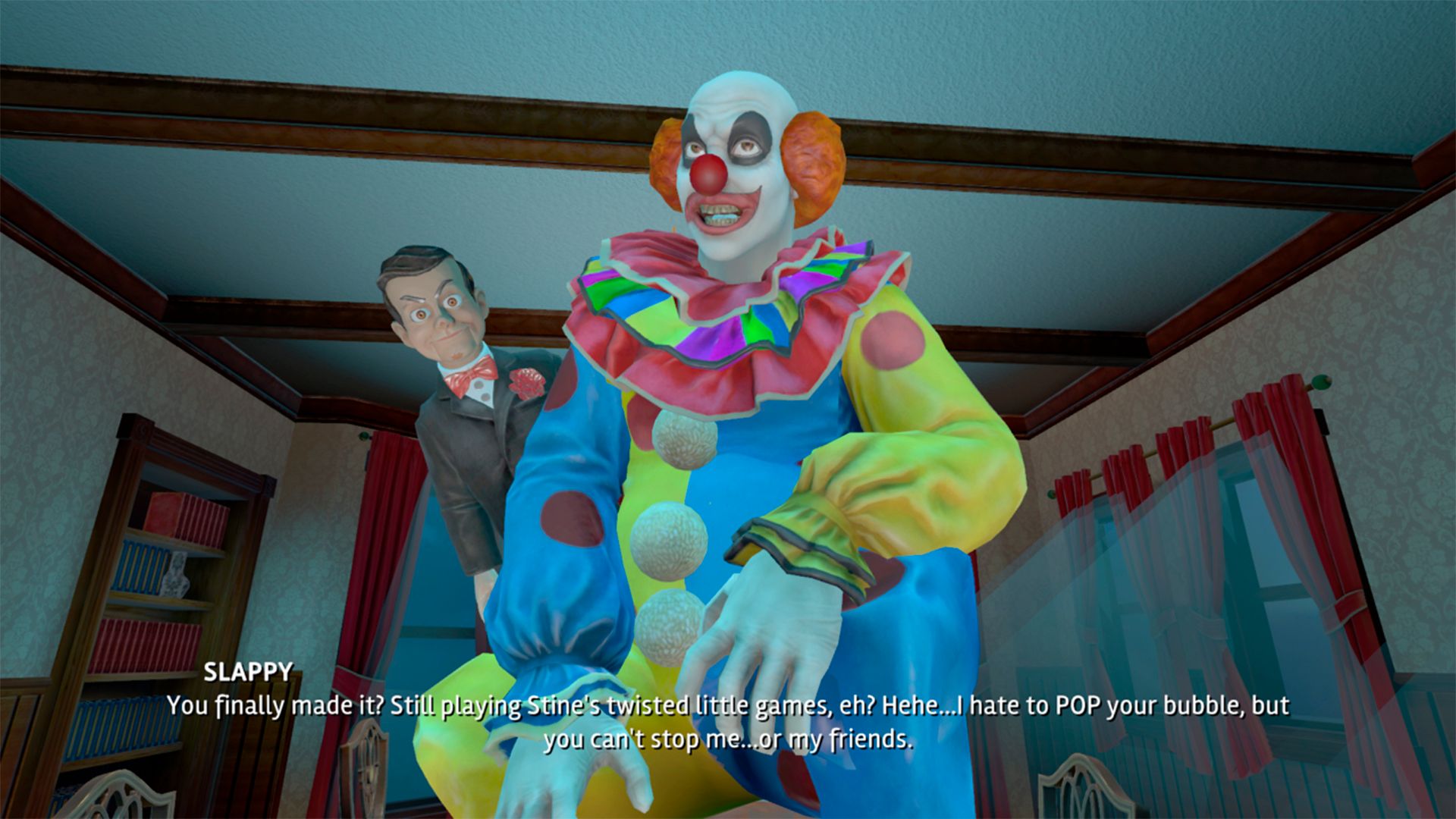 There are three chapters to play through, each taking 30 to 45 minutes to complete. The first chapter is comprised of collecting pages and hiding from monsters, while the other two follow their own storylines. After collecting all 10 pages in the first chapter, Twist fails to trap Slappy, resulting in the book being stolen by the haunted dummy. Twist then follows Slappy into the observatory to start chapter 2 – an overgrown laboratory home to Dr. Brewer, a mad scientist that helps Twist concoct a cure for the poison sprayed on him by Slappy.

The observatory feels as if it were a part of a BioShock game that didn’t make the cut. The story is interesting and there are bits of lore scattered around the lab that tell the story of Dr. Brewer and his daughter. While Brewer comes off as the good guy, it is revealed later that he has turned himself and his daughter into humanoid plants, and the poison sprayed on Twist is meant to do the same. This part of the game has Twist going on several fetch quests and completing puzzles but none are challenging to solve. The atmosphere and story are the strongest here but it’s the shortest portion of the game. 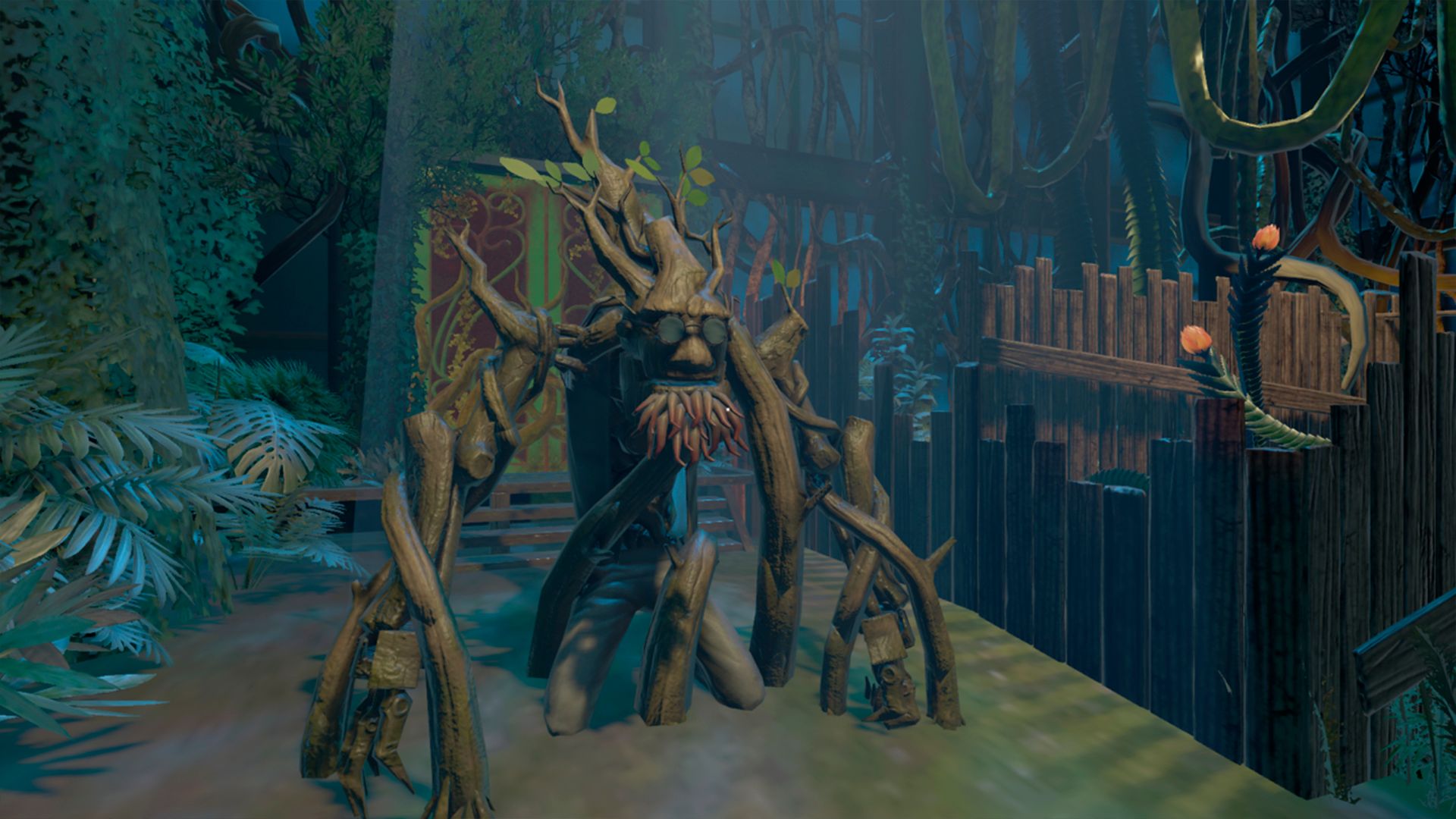 After defeating Brewer and curing Twist’s illness, the player follows Slappy to another part of the mansion which houses a giant Tesla coil. For reasons that are never explained, Twist is introduced to the disembodied voice of Nicola Tesla who thinks that Slappy is a spy sent by his rival, Thomas Edison. Twist is then given a laser gun and is asked to stop Slappy while traversing the Tesla coil and killing living gummy bears. Once at the top of the coil, a battle ensures between Twist and Slappy that is boring and requires the player to do little at all. Once Slappy is defeated the credits start to roll and none of the interesting plot points are resolved.

Goosebumps Dead of Night has an interesting story with some memorable moments that are squandered by how unpolished the final product is. While it is a port of a mobile game, it looks and plays like an unfinished original Xbox title. In some cases, the story and environments outshine the gameplay issues, but the game as a whole is a mechanical mess. 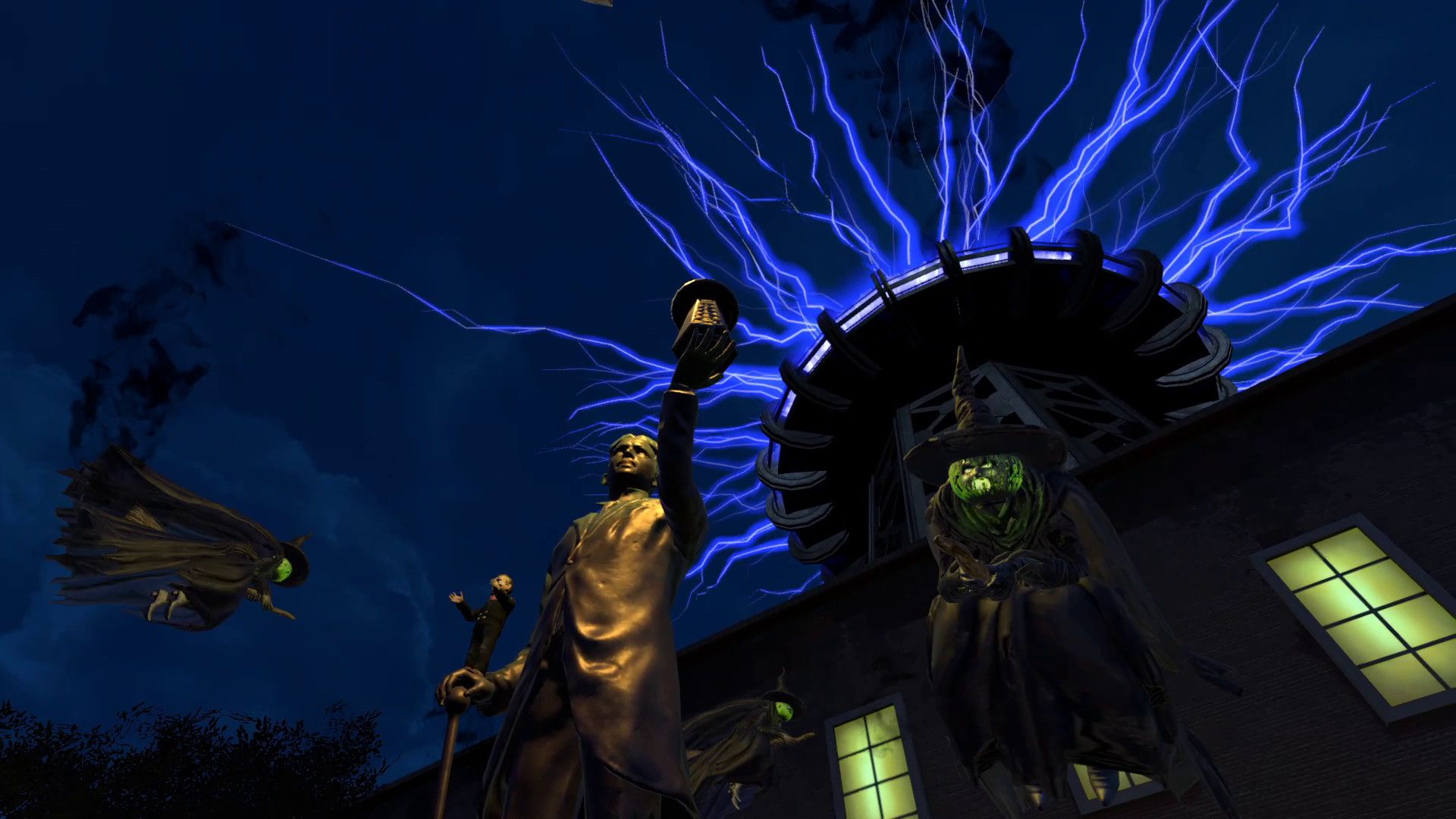 Goosebumps Dead of Night is a fun game to experience but an unenjoyable game to play. It’s hard to say suffering through the gameplay is worth the interesting storyline, but it’s easy to say that Goosebumps Dead of Night is not worth its $30 price point. Players can pick up an R. L. Stine novel for a third of the price and enjoy the same style of writing without suffering through an unpolished nightmare.

Goosebumps Dead of Night is available on Xbox One, PC, PlayStation 4, and Nintendo Switch. Screen Rant was provided a digital code for Xbox One for the purpose of this review.

Business Leader Imperative: What You Need to Know

Here Are The Tech Products Facing Supply Issues Due To Coronavirus