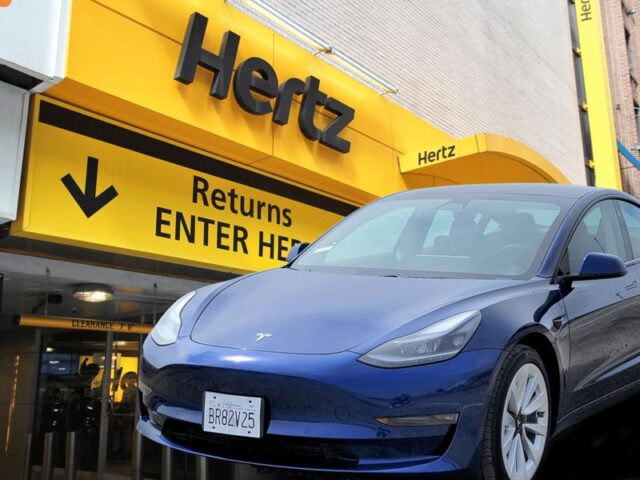 Uber drivers in the U.S. will be able to offer services with Tesla Inc. electric vehicles rented from Hertz Global Holdings Inc. from Nov. 1.

Hertz also said it signed up Carvana Co. to sell off rental vehicles it no longer wants.

Taken together, the deals represent a trifecta of aggressive and innovative initiatives with the potential to upend the car-rental business and hasten the transition to greener fuel sources. The car order on Monday, the largest-ever for EVs at $4.2 billion, was such as watershed moment that it propelled Tesla Inc.’s valuation past $1 trillion.

Fresh from a record order for 100,000 Teslas earlier this week, Hertz will supply up to 50,000 EVs to drivers for the ride-hailing giant by 2023, Uber Technologies Inc. said in a statement on its website Wednesday. Until now, Uber drivers have had to provide and maintain their own EVs.

The cars will initially be available through Hertz’s rental program in Los Angeles, San Francisco, San Diego and Washington, D.C., followed by a nationwide roll-out in subsequent weeks, Uber said, adding that it marks the largest expansion of EVs on a mobility platform in North America. A spokeswoman for Hertz in Germany wasn’t immediately able to comment.

Through the new deal with Carvana, one of the two biggest online car marketplaces, Hertz hopes to eliminate the discounting necessary when selling vehicles from its fleet through dealers and wholesalers. Consumers will be able to buy directly and pick up cars as soon as the following day. Carvana, home of the car vending machine, earns a commission.

Hertz is shaking up the car rental market barely four months after emerging from bankruptcy, as it piles into EVs and mobile technology. The Florida-based company’s $4.2 billion Tesla order sent the automaker’s market value past $1 trillion.

In the Uber agreement, Tesla rentals will start at $334 a week and fall to $299 or lower as the program gets underway, Uber said. Initially, drivers must have a 4.7-star rating or more and have completed at least 150 trips to be eligible.

Startups Weekly: The US is finally getting serious about 5G

Why we must think beyond GDP for sustainability

MY 4 MONTHS OF HELL WITH TESLA MODEL 3