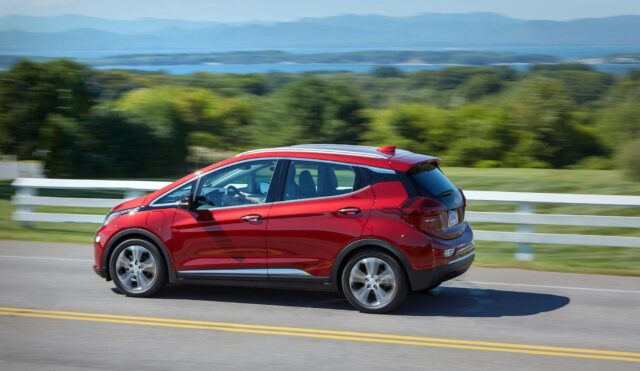 General Motors has already spent $800 million on recalls of the Chevrolet Bolt EV due to defective battery cells that caused fires, but the price has gone up once again. On Friday, the automaker announced it would funnel an additional $1 billion into additional voluntary recalls of the electric sedan “out of an abundance of caution.”

The Bolt EV was issued its third recall in a year on Friday, following one in late July and another from November 2020 as defective battery cells were causing some builds of the vehicle to catch fire. GM and its battery supplier LG Energy Solutions stated that “the simultaneous presence of two rare manufacturing defects in the same battery cell” could cause a fire if the battery pack is charged fully.

GM advised customers to do the following:

. Customers should, whether or not they received the current software update, return their vehicle to the 90% state of charge limitation using Hilltop Reserve mode (for 2017-2018 model years) or Target Charge Level (for 2019 model year) mode. If customers are unable to successfully make these changes, or do not feel comfortable making these changes, we are asking them to visit their dealer to have these adjustments completed.
Additionally, we ask that customers charge their vehicle after each use and avoid depleting their battery below approximately 70 miles of remaining range, where possible.
Out of an abundance of caution, customers should continue to park their vehicles outside immediately after charging and not leave their vehicles charging overnight.

GM’s Q2 2021 Earnings Call stated that it had spent $1.3 billion in recalls in Q2, with $800 million of that going toward battery bugs in the Bolt. As a precaution, GM is now applying additional models to the recall:

“General Motors is voluntarily expanding the current Chevrolet Bolt EV recall to cover the remaining 2019 and all 2020-2022 model year vehicles, including the Bolt EUV. In rare circumstances, the batteries supplied to GM for these vehicles may have two manufacturing defects – a torn anode tab and folded separator – present in the same battery cell, which increases the risk of fire. Out of an abundance of caution, GM will replace defective battery modules in Chevrolet Bolt EVs and EUVs with new modules, with an expected additional cost of approximately $1 billion.”

With the additional $1 billion going toward Bolt recalls, GM has spent $1.8 billion on the battery replacement offensive for the vehicle. It’s a good precaution, but it sure is getting costly for the legacy car company. GM also provided new instructions for customers in the new recall population:

1. Set their vehicle to a 90 percent state of charge limitation using Target Charge Level mode. Instructions on how to do this are available on chevy.com/boltevrecall. If customers are unable to successfully make these changes, or do not feel comfortable making these changes, GM is asking them to visit their dealer to have these adjustments completed.

2. Charge their vehicle more frequently and avoid depleting their battery below approximately 70 miles (113 kilometers) of remaining range, where possible.