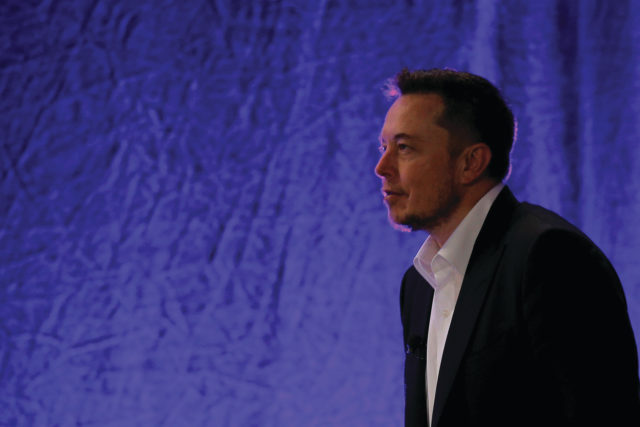 CEOs have been prominent amid the pandemic, huddling with President Trump, protecting their employees from harm if possible, conferring with industry colleagues about collective responses and, in many cases, sharing glimpses of their home life with colleagues via Zoom meetings.

One big thing CEOs haven’t been doing: Objecting vociferously to the government-ordered shutdowns of their businesses, mandated social-distancing requirements for outfits that are working, and the general destruction of the economy, their markets and their companies.

It isn’t clear whether the vast majority of business leaders are refraining from economy- and freedom-based critiques because they’re all in for “the science” of COVID-19 mitigation, whether they don’t want to anger constituencies such as employees and customers, or whether they’re simply cowed by the prospect of retribution by government and political authorities. But the voice of the CEO critical of the forced “pause” in the American economy has been all but missing.

That’s why Elon Musk’s passionate impersonation of Mel Gibson’s Braveheart character yesterday was all the more remarkable. The CEO of Tesla and SpaceX – who is used to making riveting and often controversial statements – took the end of Tesla’s first-quarter earnings call to call the lockdowns “fascist” and to appeal for Americans’ “freedom.”

“If somebody wants to stay in their house, that’s great,” Musk told analysts on Wednesday after Tesla announced its third consecutive quarterly profit, fueled in part by strong demand for its Model 3 compact all-electric car. “They should be allowed to stay in their house and they should not be compelled to leave. But to say that they cannot leave their house, and they will be arrested if they do, this is fascist. This is not democratic. This is not freedom. Give people back their damn freedom.”

Of course, Musk has been a coronavirus skeptic all along. About seven weeks ago, he tweeted, “The coronavirus panic is dumb.” And initially he defied expectations that he would close the Tesla plant in Fremont, California, finally relenting only after immense governmental and public pressure.

“My guess is that the panic will cause more harm than the virus, if that hasn’t happened already,” he tweeted at that point, about five weeks ago. A malaria survivor who was treated with chloroquine, he also promoted the highly controversial idea that it might be a remedy for COVID-19, a notion that President Trump also heavily promoted until being shouted down by some medical and public-health authorities, and political opponents, a couple of weeks ago.

Across his career, drill down just about anywhere into the Musk timeline and find equal iconoclasm, including his expressed wish to die on Mars someday after flying there on one of his SpaceX craft, his smoking marijuana on a podcast in 2018 and even the very founding of his electric-car company as a challenge to the automotive powers that be.

Given that there’s almost no other CEO like Musk, it might not be that much of a surprise that so few have risen to his level of public outrage over the shutdowns. At the same time, some other CEOs expressed understanding why more of their peers haven’t jumped on their own soapboxes about the forced lockdowns, which only now are being gradually eased in many states.

“We’re in uncharted waters,” Bob Chapman, CEO of Barry-Wehmiller, a $3-billion diversified manufacturer based in St. Louis, told Chief Executive. “I don’t know what I would have done as a government leader. We tend to criticize politicians, but you don’t hear anyone saying, ‘Let me tell you what I would have done.’ And if a CEO or anyone is going to criticize someone’s actions, you’re called to say what you would do, rather than just, ‘That was wrong.’”

NASA’s next Mars rover will pave the way for humans

West Hartford Aims to Be Connecticut’s Next Foodie Paradise