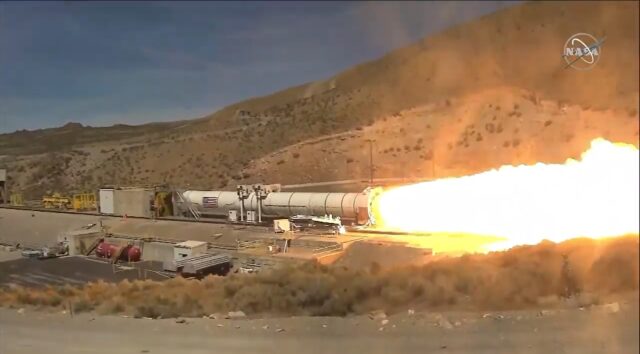 Building on the completion of other similar tests of the booster – named Flight Support Booster 1 (FSB-1) – which qualified it for flight as part of the agency’s upcoming Space Launch System (SLS), this most recent test used new propellant materials and verified that the ballistic requirements of its five motors were met. In a follow up teleconference, NASA and its partners confirmed the test accomplished its goals.

“NASA and Northrop Grumman have completed testing for the boosters used for the first three Artemis missions of the agency’s lunar program,” the digital press kit detailed. “FSB-1 builds upon prior tests of the rocket’s five-segment solid rocket booster to evaluate improvements and new materials in the boosters for missions beyond Artemis III.”

FSB-1 and its variants are primarily built by NASA partner Northrop Grumman whose facility in Promontory, Utah is where today’s test took place. The recent test firing burned for about two minutes and produced 3.6 million pounds of thrust. Its success is a nod to NASA’s claim that these are the largest, most powerful rocket boosters ever built for flight. Measuring 167 feet long and 12 feet in diameter, FSB-1-type boosters will fly in pairs along with the main SLS rocket body and cargo. 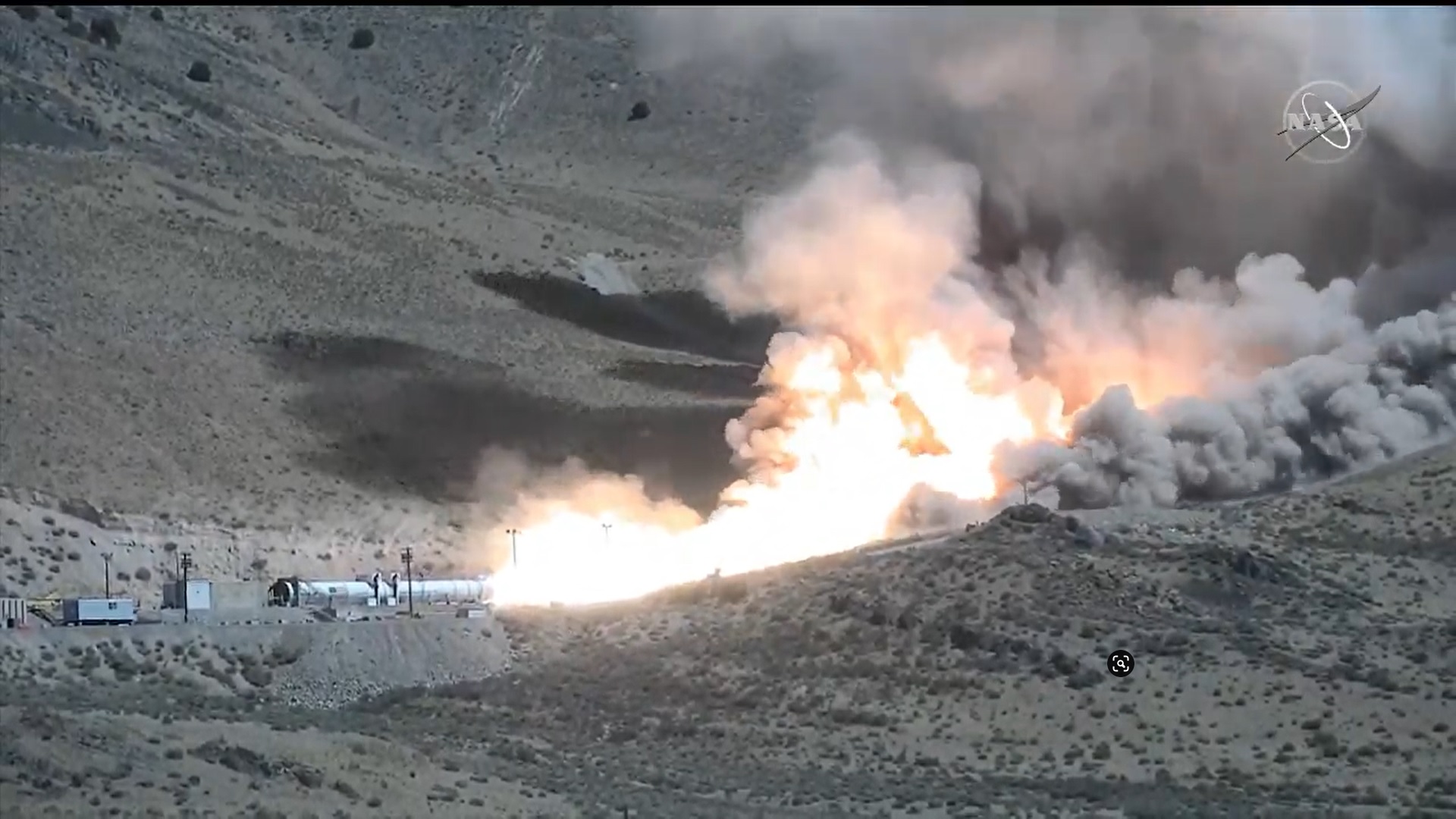 NASA’s Artemis mission is dubbed as the “twin sister of Apollo” and is aiming to return humans to the Moon by 2024. The agency has set out to develop a whole suite of technologies to support both a sustainable lunar-oriented mission and a subsequent Mars mission, engaging the commercial space community along the way. While the launch components of Artemis involve the traditional NASA path of using long-time contractors, other parts of the mission have been opened to other bidders whose contract winners have included SpaceX.

As an add-on to its success in launching the first astronauts to the ISS from American soil since the Space Shuttle’s retirement in 2011, SpaceX has also made headway in NASA’s competitive Moon race. The private space company has already procured four contracts to develop and lunar launch and landing capabilities for the agency, one as recently as the end of August. SpaceX also has multiple Moon-oriented launch contracts independent of NASA.

NASA’s SLS rocket seen in its Block 1 configuration with on Orion capsule on top. (NASA)

One of the SLS’s primary competitors will be SpaceX’s Falcon Heavy and Starship rockets. The company has already begun testing prototypes of its rocket-lander combination along with setting world records with its new Raptor engine. While SpaceX’s primary mission is to ferry humans to Mars for lifelong stays, the Moon is already providing paying customers for the venture.

Last year, CEO Elon Musk announced a private charter agreement between eccentric Japanese billionaire Yusaku Maezawa and the rocket maker for a lunar trip in 2023. SpaceX’s earliest NASA-backed trip to the Moon is set for 2022 while the agency’s own Artemis mission has 2024 on its calendar for launch.

You can watch NASA’s full Artemis mission booster test below:

Tesla’s most searched Google terms of 2020: Stock, Net Worth, and Baby Names