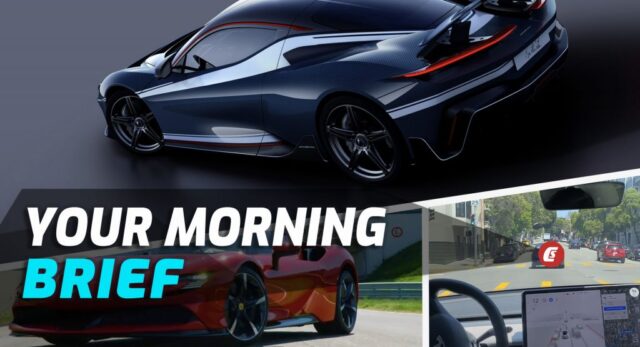 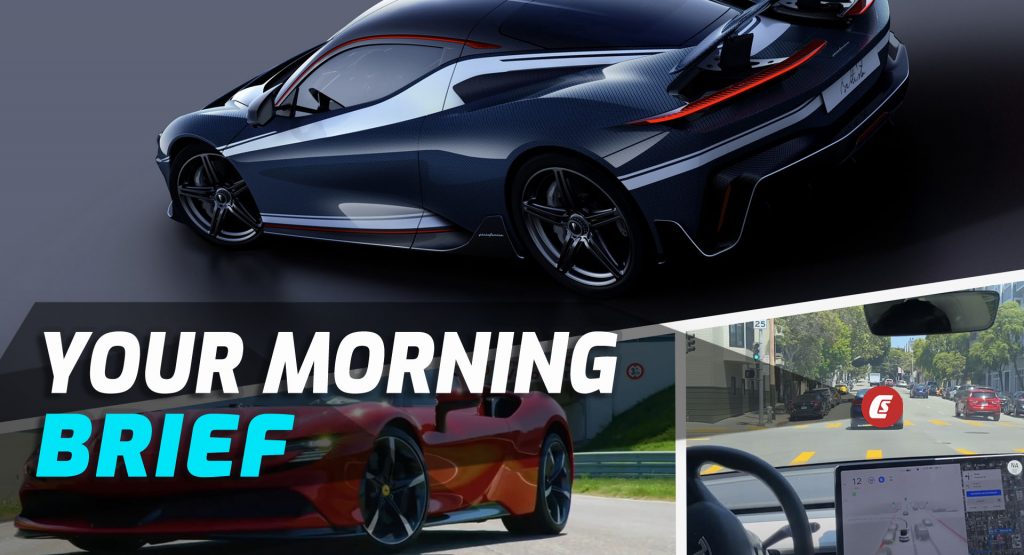 Chances are if you think Skyline, you’re going to think Nissan. In fact, the Japanese automaker went as far as to say that they will never give up on the nameplate. However, Ford has decided to trademark the name in the US, which could, if enacted upon, lead to some confusion. And a few angry calls from Japanese lawyers.

Inspired by New York City, this exposed carbon Pininfarina Battista is the first bespoke example of the EV supercar. Pininfarina says the exposed signature carbon with Blu Iconica thread is the first time such has been seen on a car, while the painted parts are all done by hand.

The Ferrari SF90 Stradale has dethroned the Porsche 918 Spyder as Car and Driver’s quickest-ever 0-60 mph (0-96km/h) machine. It did the sprint in just 2.0 seconds, 0.1 seconds faster than the Porsche.

BMW’s track record of reveals hasn’t been going too well, with its 2-Series Coupe surfacing nearly a year before the official debut. Now it may appear that a similar scenario has occurred with the next 3-Series. The image shows cut-out-less headlights, revised grilles, and a different front bumper.

Consumer Reports isn’t happy with the way Tesla is rolling out beta updates to their “full self-driving” mode. They argue that by giving owners access to a beta program, that “consumers are simply paying to be test engineers for developing technology without adequate safety protection.” While beta testing is commonplace in tech, Tesla is the only auto manufacturer to do so for self-driving systems, with most other companies doing so with trained safety drivers behind the wheels of prototypes and/or on closed roads. 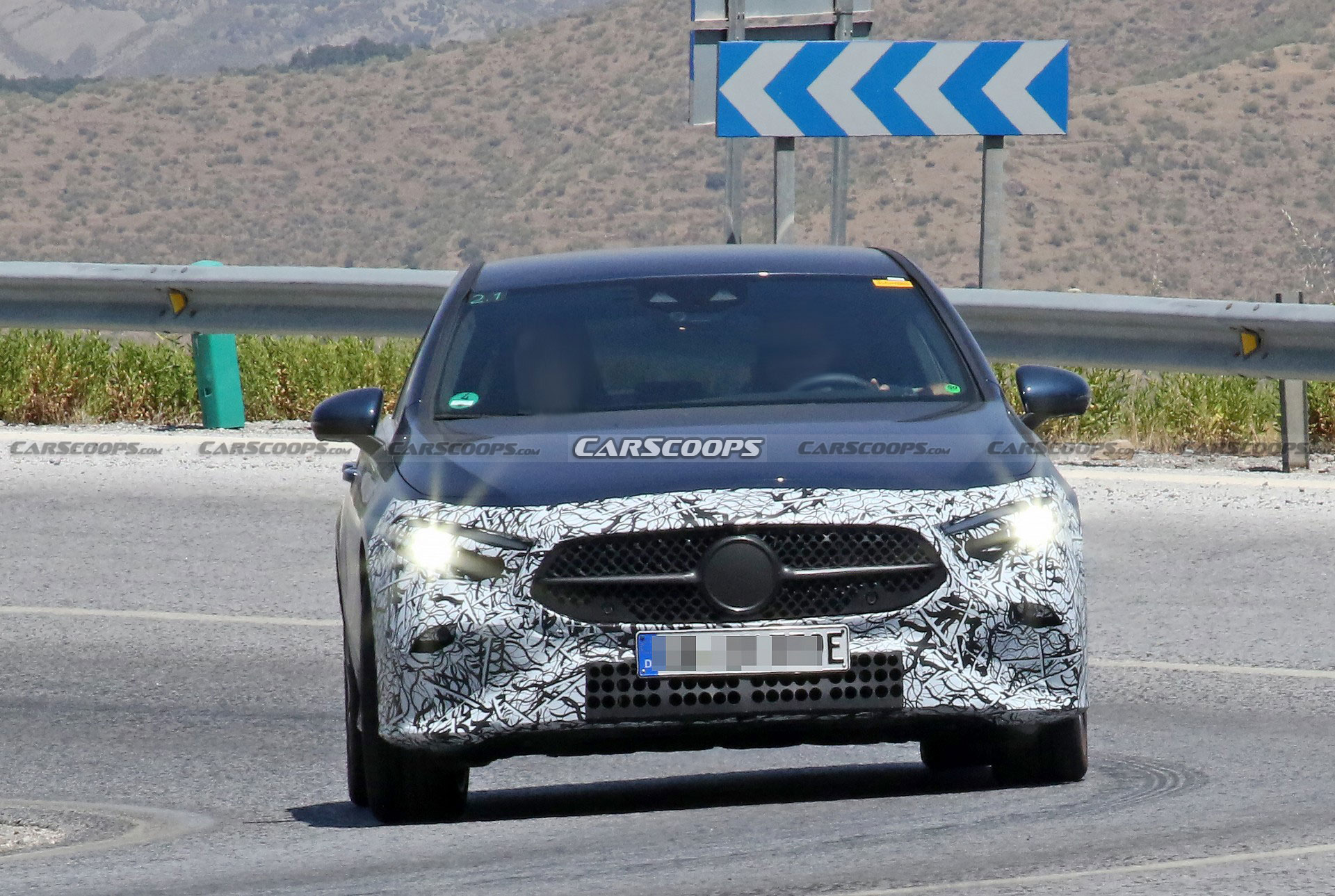 The A-Class will be subjected to a facelift in the not-too-distant future, with our spies snapping testers trialing the new cars. The facelift will include a new grille, bumpers, and might see Mercedes ditch the Renault engines too.

Flying Cars Are Coming, But They’ll Be Pricier Than Ferrari’s SF90 Stradale

No longer just a flight of fantasy, it seems that the world may be on the cusp of mass-produced flying cars. But, rather predictably, they’ll be far from cheap. In fact, some efforts suggest that one will cost upwards of $700,000, and that’s before you include a license and parking. 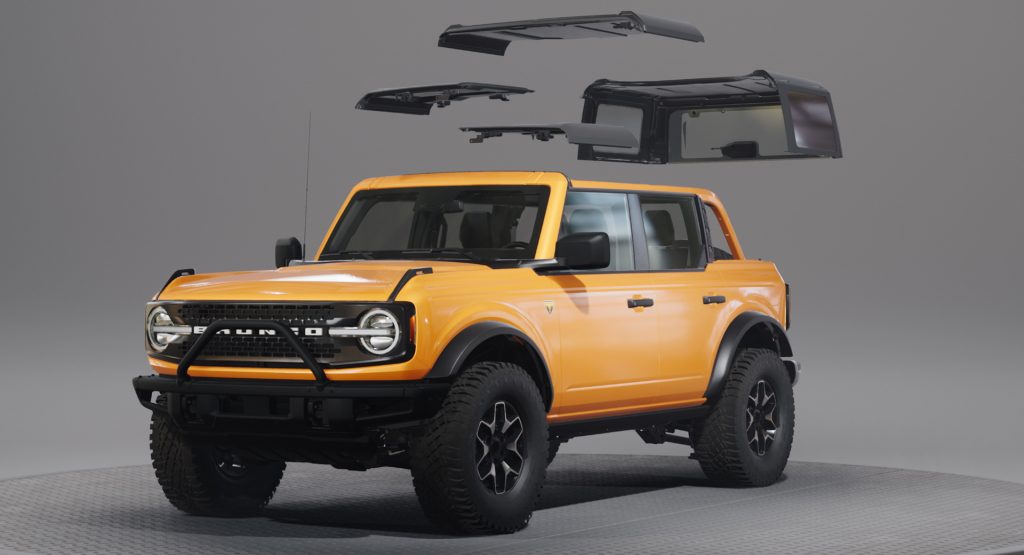 Ford’s supply issues haven’t only been confined to their chips. It extends to include their hardtops, with some owners having to accept a soft-top with a “hardtop prep kit.” Now though, according to some forum posters, some owners appear to be having issues with the quality of the hardtops in the wild, with scratches and splitting, as well as honeycomb structures showing, making the tops look prematurely worn.

Tesla To Open Its Supercharger Network To Other EVs This Year

One of Tesla’s greatest selling points, their wide-reaching Supercharger network, will be opened to other EVs later this year. The news was confirmed by Elon Musk on Twitter, and will see Supercharger locations across the world available for other brands of EV to use.

Reversing Honda And Chevy Rear-End Each Other In Perfect Sync

In what looks to be a totally avoidable, yet somewhat understandable, unfortunate sequence of events, two drivers appear to have perfected a synchronized reversing technique, only to rear-end each other at the end of it. Perhaps cruelly, one of the cars was reversing out of a repair center at the time.

Jeff Bezos Returns To Earth, Thanks Amazon Workers For Paying For His Trip To Space

Video: Jeff Bezos thanks Amazon employees and customers for paying for his trip to space.pic.twitter.com/HTLORzbfnY

Jeff Bezos has faced social media backlash after he held a press conference following his successful trip to space. He said, “I want to thank every Amazon employee, and every Amazon customer because you guys paid for all this.” The remarks didn’t sit well with many, as the web giant has come under criticism for providing inhumane working conditions, avoiding taxes, and busting unions.

Netflix In Move To Offer Games On Subscription

Netflix will begin to offer games at no added cost for its subscribers, as confirmed in a letter to subscribers. The streaming giant plans to first offer mobile-based titles, although no further details have been revealed, reports the BBC.

Tesla LM Is An Imaginary, Pumped Up, Track-Only Version Of The Second-Gen Roadster