Now various companies, including existing carmakers, are investing in fusions of those technologies, which we’ll see first as aerial taxis. But one firm thinks manned quadcopters could become toys we use for fun, much like we might go to a track day, or head out to a great country road in a sports car today.

Named after the 1950s cartoon set in a future in which George Jetson and his family would scoot around the skies of Orbit City, Swedish company Jetson has developed the ONE, a four-rotor single seat aircraft that costs $92,000, has a 63 mph (102 km/h) top speed, and can carry a 210-lbs (95 kg) passenger for up to 20 minutes.

That kind of battery life makes even a used Nissan Leaf seem look like an intercontinental touring machine, but the ONE is designed for short bursts of fun, can be charged in an hour using 230/240 V power (two hours using 110 V) and the batteries can also be swapped to minimize downtime.

Related: BMW-Powered AirCar Just Proved That Production Flying Cars Might Be Closer To Reality Than Ever Before

Incredibly, it is currently perfectly legal to fly the Jetson ONE in the U.S. without any training or pilot’s license because it’s classified as an ultralight aircraft. But the company’s founder and Chief Technical Officer, Tomasz Patan, says anyone buying one will get a two-day training course at one of the company’s experience centers, where they’ll be given a (hopefully not crash) course covering flight regulations and how to fly the craft.

There are also a few safety features to help keep you out of trouble, including Lidar sensors for obstacle avoidance, like you get on the autonomous Mercedes S-Class, an auto-hover function for use in emergencies, plus a rapid-release parachute. Jetson also says the 190-lbs (86 kg) machine is capable of flying safely even if one of its motors fails.

Speaking to Autoweek, Patan described the ONE as a flying sports car and said that while it was conceived as a recreation device, the company’s next generation machines will be engineered to work as proper transportation devices.

A $90,000 price might sound expensive for a toy, but plenty of people are prepared to spend that much money on a track day plaything, and Jetson has had enough interest to swallow up the entire 2022 production run. Get your name down now and you could bag one of just three build slots available for 2023.

Would you swap clogged roads for clear skies and spend $90,000 on a Jetson ONE over a conventional sports car? Leave a comment and let us know. 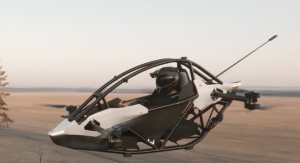 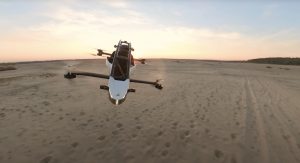 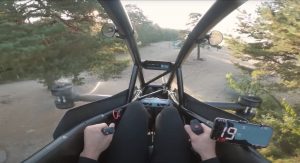 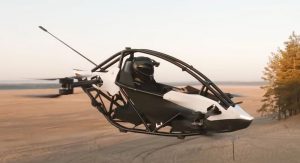 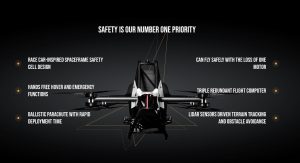 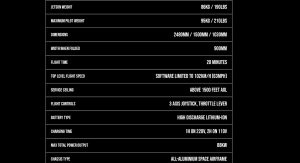 Elon Musk to host Saturday Night Live on May 8