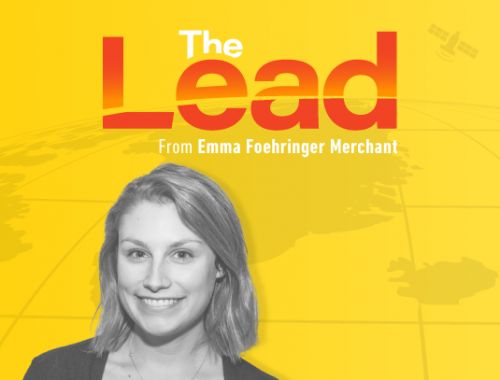 When a Sunrun bid won in a February ISO-New England wholesale capacity auction, it was seen by many as a landmark moment for distributed solar-plus-storage.

While the win encompassed only 20 megawatts, it affirmed the distributed solar industry’s growing interest in the virtual power plant model, where networked solar-and-storage provides an array of grid services.

Nearly a year later, Sunrun is providing more details on the challenges ahead in meeting its commitment to grid operator ISO-NE. At a presentation at Greentech Media's Energy Storage Summit last week, Audrey Lee, Sunrun’s vice president of energy services, also elaborated on why the company believes the VPP market is ripe for growth in the years ahead.

A first in New England

In February, ISO-New England ran its most recent forward capacity auction, resulting in about 35 gigawatts of capacity commitments. That capacity will supply six states in the region from 2022 to 2023, a schedule that allows enough time for new power plants to get built.

This year, Sunrun was among the winners of the auction, with a promise to provide peak capacity of 20 megawatts networked through about 5,000 homes. The win was the “first of its kind,” said Lee.

Because the capacity auction was new for Sunrun, the company bid conservatively. The solar-and-storage provider actually qualified more than 20 megawatts for the auction — the most onerous part of participation, according to Lee — but viewed the modest 20 megawatts as an on-ramp to grander energy service ambitions.

The company is still building up its battery deployments in region to the scale required for its winning virtual power plant. At the time that ISO-NE accepted Sunrun’s bid, in Q1 2019, the company had only installed about 5,000 of its Brightbox battery systems nationally — the number required for its 20 megawatts by 2022 commitment.

In its latest earnings call in November, Sunrun said that number has now grown to more than 8,000. In Q1, Sunrun said it expected to increase Brightbox installations by 100 percent in 2019. That forecast now has significant upside in California, where power shutoffs have pushed attachment rates in the Bay area near 60 percent. Across the state those rates have reached 30 percent.

Beyond just installing enough systems, though, Sunrun’s model requires working closely with utilities and the managers of wholesale markets.

Fitting distributed systems into a one-year capacity contract isn't as easy as installing batteries. Solar-and-storage systems last for decades and Sunrun uses 25-year leases, among other financing options, when selling to customers. Because forward capacity auctions only encompass one year of revenue, Lee recognized it can be difficult to forecast the economics of projects beyond that short-term contract.

“Part of the hedging strategy is to have multiple programs,” she said, like the capacity contract in conjunction with Bring-Your-Own-Device Programs, where customers enroll batteries with the utility to provide services. “It is nice for us to have multiple avenues for us to monetize these resources and also to not be captive to a market or a utility.”

The capacity contract builds on Sunrun's utility-focused efforts. Since 2017, Sunrun has worked with utility National Grid, whose service territory leaks into three New England states, on grid services including demand response. The company has also partnered on similar programs with Green Mountain Power, in Vermont.

For the New England contract, the systems will contribute both active and passive demand response, responding to dispatches from the ISO as well as allowing a customer to draw on the battery throughout the day to reduce overall consumption.

As it expands across the country, the virtual power plant model also needs buy-in from customers, who Lee notes are making most of the investment in the actual hardware. Though Sunrun has experience acquiring and signing on new solar, and now storage, customers, that equation changes somewhat when the company wants to use batteries for more than just individual backup.

Sunrun is still experimenting with the different incentives that can excitec onsumers in various markets, but Lee said promise of better economics — either upfront or over the life of the system — has been key.

Calculations for sizing a system are based on how much a customer can save based on market incentives. In California and the Northeast, Sunrun usually installs just one Brightbox. But an emphasis on self-consumption in Hawaii means Sunrun may install as many as four to six Brightboxes in a home. Lee called grid services the “cherry on top” in terms of savings.

“We’ve always believed in the value of batteries and the multiple revenue streams they have,” said Lee.

After its groundbreaking bid in New England, Sunrun has pursued services contracts in other markets in an effort to further prove the virtual power plant model and knock out traditional incumbent generators in the process.

“I’m just trying to eliminate fossil fuel power plants one-by-one — a lot of it is through markets,” said Lee. “We’d love to replicate the learnings we’ve had in ISO-New England in other ISOs throughout the country.”

In July, San Francisco-based Sunrun inked a smaller 500-kilowatt grid capacity contract with Northern California community-choice aggregator East Bay Community Energy. At the time, Lee told GTM that the company could reprogram its solar-plus-storage systems in the area to discharge power in addition to their traditional time-of-use and backup power applications. By 2022, Sunrun will install “several megawatts of solar” and 2-megawatts (500-kilowatts with 4-hour duration) of storage on 500 low-income housing units in the area.

Even more recently, Sunrun announced it would collaborate with software-as-a-service provider Open Access Transmission International on virtual power plant services for Hawaiian Electric. Starting next year, Sunrun and OATI will provide peaking capacity from 1,000 Brightbox systems on Oahu, Hawaii’s most populous island. Hawaii was the first market where Brightbox was available when Sunrun unveiled the system in 2016 and networking those systems allows the company to reap greater return on its investment, according to Lee.

“We deployed early in Hawaii and were able to go back and add additional value,” she said.

To get customers interested, Sunrun offered each customer a $200 enrollment incentive and a $50 donation to a charity in addition to credits on their bill.

Next, Sunrun is setting its sights on another part of California: Los Angeles, which has announced plans to reach 80 percent renewables by 2036. Part of that plan includes the closure of three large gas plants (though LA continues to invest in the resource) that represent more than one-third of the city’s gas portfolio. While the Los Angeles Department of Water and Power is already moving forward with solar-and-storage — approving a project with record-low pricing in September — Sunrun argues distributed systems could play a key role in the transition.

An analysis the company published this spring suggested that 75,000 home solar-and-storage systems would add to about 300 megawatts in peaking capacity, rivalling the size of a gas power plant.

“That penetration is really quite conservative,” said Lee, since deployment in LADWP is much lower than in other utility territories in California like Southern California Edison or Pacific Gas & Electric, according to Sunrun’s analysis of CAISO net-metering interconnection data from 2011 to 2018.

SunPower, for instance, has also bid capacity into ISO-New England. The company has also partnered with New York’s Consolidated Edison on a virtual power plant made up of 300 homes. CEO Tom Werner has begun pitching Sunpower as an energy services company rather than as simply a solar-and-storage provider.

Other residential solar-and-storage companies have also gotten in on utility partnerships. Tesla, for instance, has participated in virtual power plant projects in Massachusetts and Rhode Island with National Grid as well as in New Hampshire with Liberty Utilities, and in Vermont with Green Mountain Power.

More utilities are joining the crowd on developing VPP programs, as well, though they haven't always focused on residential. The American Public Power Association, a group representing non-profit, community-owned utilities recently recognized VPP projects in Colorado, from Holy Cross Energy, and a utility-scale plan in Texas, from the city of Georgetown, as indications of increasing interest in the model.

Last year Southern California Edison started operating the first phase of a virtual power plant designed by AMS, which the company claims at 62 megawatts will be the largest battery storage VPP in the world when fully completed this year.

The trend is only expected to grow as more proof cases crop up.