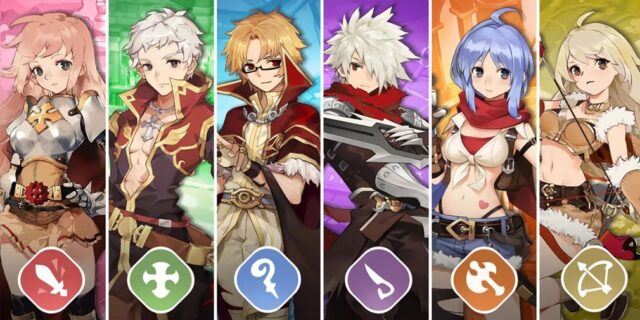 Ragnarok Origin is coming soon to North America for both iOS and Android devices, with pre-registration still ongoing. Korean developer Gravity’s latest MMORPG brings back all the nostalgia of the popular franchise along with cool new features, including the chance to win a Tesla Model S.

The classic Ragnarok Online IP has been winning hearts and appealing to the sense of wonder of adventurers since 2002, and Ragnarok Origin will continue that legacy with a closed beta date to be revealed soon. This mobile re-envisioning of RO adds improved graphics and revamped quests, along with all the colourful elements of the OG game that players have come to know and love. This includes fan-fave monsters and towns in the magical realm of Midgard, plus deep customization and six character classes.

Players who pre-register for the game ahead of the launch will receive milestone rewards as well as unlock additional prizes and a chance to win a Tesla Model S in real life. Other in-game goodies include 1x Ring For Beginners (stat-boosting equipment), 3x Boxes of Potions (consumable health, mana, and food items), 1x Gym Pass (permanently increases inventory capacity), and more.

Ragnarok Origin will be available to download on the iOS App Store and Google Play Store. It’s a free-to-play game with in-app purchases. I, for one, still remember all the feels I felt when I played the OG title for the very first time, from the sound of the squishy Porings bouncing around outside Prontera to the trumpets and fanfare that blasts through the speakers each time my character levels up.

If you’re feeling particularly lucky, you can sign-up for the pre-registration event over on the official website – who knows? You might just score a shiny dream car at launch.

Want something similar? Check out our list of the top 25 best RPGs for iPhone and iPad (iOS)!

The post Ragnarok Origin, Gravity’s latest MMORPG based on the hit franchise, is giving you the chance to win a Tesla Model S appeared first on FA TECH.