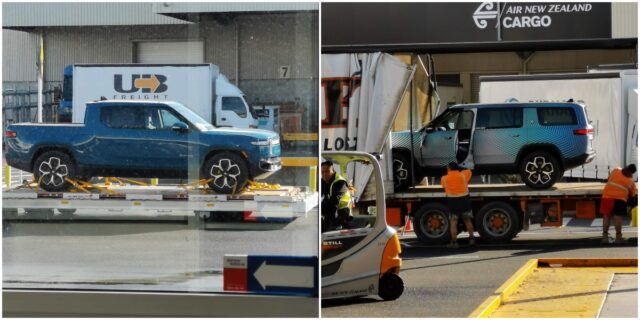 Rivian has sent the R1T pickup, the R1S SUV, and its electric delivery van to New Zealand. The reasons are unknown, but it seems that the vehicles could have been sent there for cold-weather testing as the climate in North America heats up for the Summer months.

New photographs of the vehicles were captured by an unidentified source and shared by u/RobDickinson of the r/Rivian subreddit. The two consumer vehicles are seen being unloaded off of haulers or trucks, while the all-electric van hides discretely behind a small box truck.

The reason for the vehicles being sent to New Zealand is likely cold-weather testing, according to some members of the r/Rivian subreddit. New Zealand’s Southern Proving Grounds are a widely popular location for automakers who want to test cold-weather performance as North America begins to heat up for Summer. 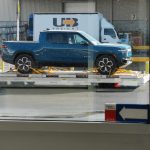 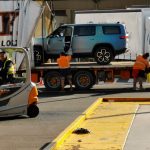 According to the Southern Hemisphere Proving Grounds website, the location is an award-winning automotive proving ground that is located in the South Island of New Zealand. It is ideal for automakers to ship vehicles there as the prime months for testing occur from June to September. The climate gives automakers an advantage as an additional winter season provides reduced development times for companies that are aiming for their products to be released soon.

Rivian has already accomplished considerable amounts of testing in winter climates, as well as in challenging off-road terrains and long-distance endurance road trips. The company has also performed various testing for semi-autonomous features, including hooking up LiDAR rigs to its R1T in Palo Alto where the company is performing routine real-world testing.

Rivian has slated the R1T for its first deliveries to begin in July, meaning the wait for the highly-anticipated all-electric pickup will finally be over next month. It seems that Rivian could finally be ready to roll with deliveries, especially as recent photos from its production facility in Normal, Illinois, showed plenty of R1T bodies sitting in shelves waiting to be placed on a chassis.

The post Rivian sends its R1T, R1S, and electric van to New Zealand for cold-weather tests appeared first on TESLARATI.