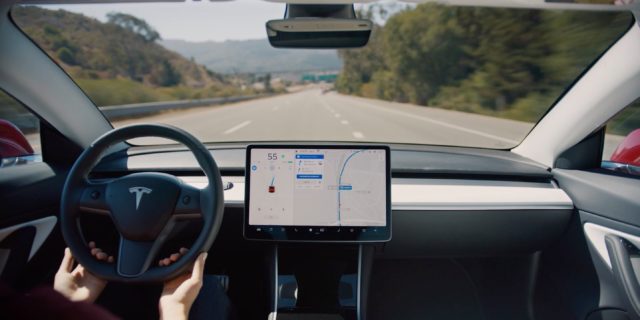 Tesla has been making bold claims about future autonomous driving plans lately, most recently holding an “liberty investor occasion ” where the company laid out plans for its future complete self-driving technology.   At that event, Tesla said they would be prepared to roll out a completely autonomous robotaxi fleet as early as next year, depending on regulations.

Now, CEO Elon Musk pushed that deadline forward a bit, also said that Tesla’s long-planned autonomous cross-country roadtrip would really occur later this year.   Tesla has made claims in the past about enabling cross-country Autopilot traveling, but the news today is that not only will it be feasible for Tesla to do so on their own to demonstrate their technologies, but any Tesla owner (*with FSD software) will be able to do the same.

END_OF_DOCUMENT_TOKEN_TO_BE_REPLACED

The article Self-driving cross-country trip possible for everybody with a Tesla this year, says Musk appeared initially on Electrek.