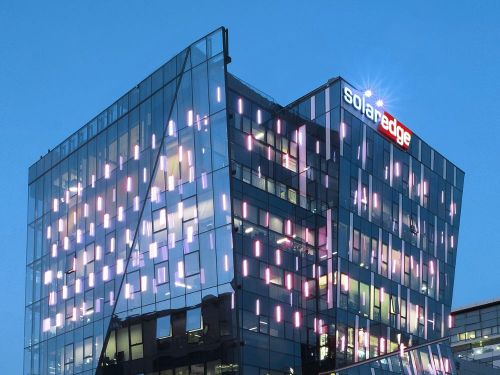 SolarEdge has just taken another step to extend beyond its core solar power business into other grid border technologies — specifically, the electric vehicle space.

On Monday, the Israel-based company declared  intends to acquire a majority stake in SMRE, an Italian EV drivetrain, charging and telemetry technology supplier. Under the terms of the price, SolarEdge will acquire 51% of SMRE for about $77 million, including approximately $39 million in cash and the remainder in SolarEdge shares, and then make an offer to buy the business ’s outstanding shares on the Italian AIM stock market.

SolarEdge shared few different details about the purchase in its Monday announcement, beyond noting that it expected that a 1- to 3-cent per share decrease in earnings in the first quarter on account of the costs of devoting about 1.1 million shares of stock and also incorporating SMRE’s operations. More information will come through SolarEdge’s fourth-quarter 2018 earnings telephone.

If finished, it’ll be the biggest purchase yet for SolarEdge, at a year which ’so observed the global inverter and PV optimization tech vendor make some big purchases. It’s the very first directed especially at the electric vehicle sector — but not its initial foray into EV charging, which started with its launching of a joint solar inverter-EV charging device last year.

However, the purchase of SMRE is a much bigger step into the EV field. SMRE premiered in 1999 as an industrial tech technology supplier. In the past 3 years the firm has acquired electric powertrain supplier IET, launched joint ventures in battery technologies and electric go-cart propulsion, and gained control of Gruppo Sistematica, a software provider for industries including transportation, solar power and smart lighting.

“The purchase of SMRE is another step in implementing our approach to sustainable growth by having an additional rapid growing and technologically synergetic marketplace whilst bumping into new fields beyond the solar world,” said SolarEdge CEO and creator Guy Sella, at a launch. “We think that combining SMRE’s immense experience and complete powertrain technology together with SolarEdge’s advanced battery and power technology, demonstrated operational excellence and global reach places us to become a market leader in this important market. ”

SolarEdge, which competes against microinverter makers like Enphase and Huawei from the rooftop and ground-mount solar PV area, has also been making major acquisitions and investments in the energy storage area. In October, it announced plans to invest $88 million to buy a 75 percent stake in Kokam, a South Korean lithium ion battery with over 200 megawatts of electricity storage systems deployed worldwide. And May it announced an $11.5 million acquisition of Gamatronic Electronic Industries Ltd., an uninterruptible power supply systems supplier for industrial and commercial companies around the globe.

The Israeli company has also established a cloud-based virtual energy plant management platform, one which may turn its fleet of solar optimizers and inverters into nodes of a distributed energy source control platform. In Vermont, utility Green Mountain Power is tapping SolarEdge’s capabilities to handle a small but increasing fleet of smart homes equipped with Tesla Powerwall batteries, grid-controllable water heaters, Nest thermostats, along with smart EV chargers. From the Netherlands, utility Eneco is utilizing the company’s platform for its own CrowdNett house battery offering, and in Australia, utility AGL chose SolarEdge, along with Tesla and LG, to roll out its own long-awaited residential digital power plant project.

SolarEdge has long partnered with behind-the-meter battery providers like Tesla, and it is a partner from the Vermont and also Australia projects. It’s made some moves into the house energy management marketplace with its observation system, in addition to innovations including smart water heater modules.  At Precisely the Same moment, it’s moving into the utility-scale inverter market, promising to possess over 200 megawatts of utility-scale electricity electronics installed.