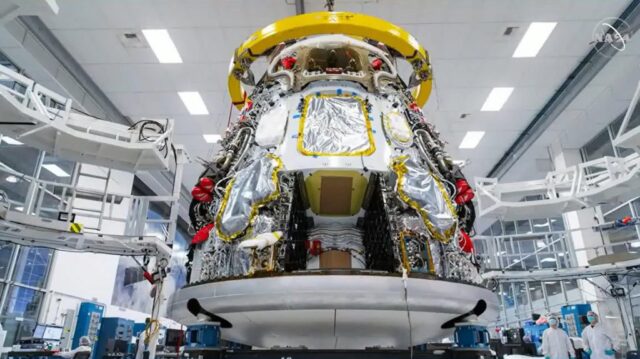 The SpaceX Crew Dragon capsule destined to complete the company’s first operational mission to the International Space Station (ISS) – designated Crew-1 – has been delivered to SpaceX processing facilities in Florida. As previously reported by Teslarati, the C207 capsule was in the final stages of wrapping up integration at the SpaceX factory in Hawthorne, CA in early August. Over the weekend, capsule C207 completed the trek from California to Florida and arrived at SpaceX facilities at Cape Canaveral Air Force Station on Tuesday, August 18 according to a NASA Commerical Crew blog post.

Ahead of shipment from California, capsule C207 was outfitted with a trunk section featuring upgraded solar panels intended to extend Crew Dragon’s previous limitation of ~120 days in orbit. The upgraded solar panels should extend the limitation and mitigate the amount of solar cell degredation that occurs while in orbit allowing the Crew Dragon – and astronauts – to remain in orbit for as long as six months meeting NASA’s long-duration mission requirements.

The capsule was also equipped with all necessary hardware including the re-entry heat shield, Super Draco emergency ascent abort thruster system, and parachute landing mechanisms prior to shipping out to Florida. The capsule will undergo final check outs and testing – such as acoustic testing – while at SpaceX’s Florida processing facilities prior to being mated with its Falcon 9 booster in SpaceX’s Horizontal Integration Facility at Kennedy Space Center’s Launch Complex 39-A. 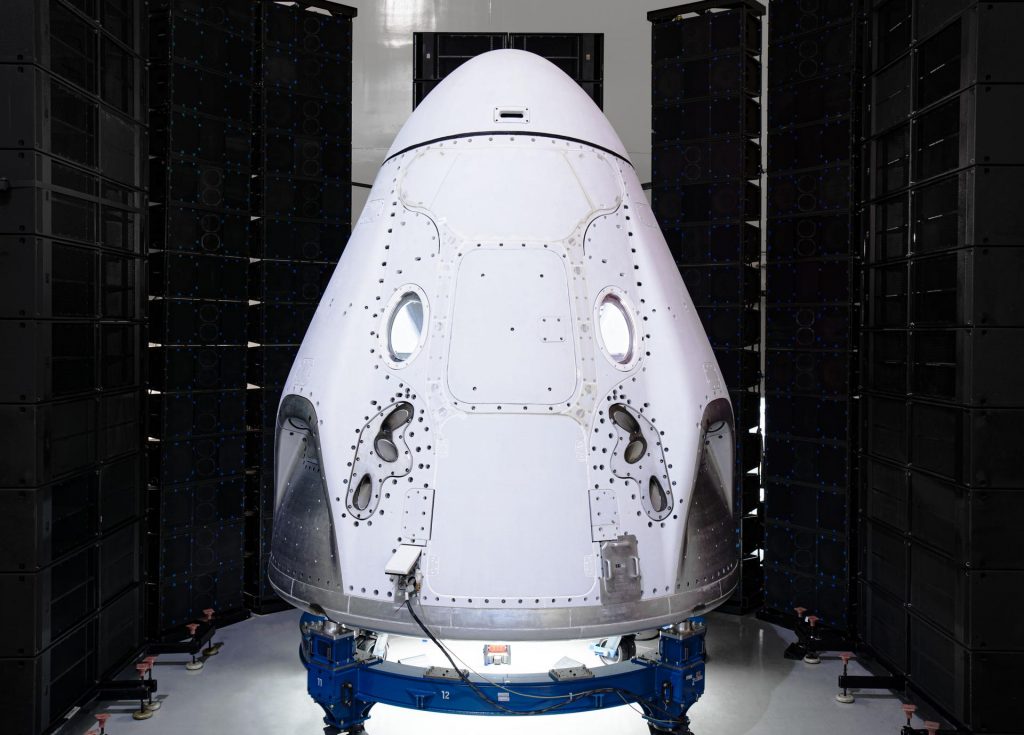 Ahead of its debut crewed mission to the ISS in May 2020, the Demo-2 Crew Dragon capsule was photographed prior to acoustic testing as part of its final prelaunch processing in a SpaceX facility at Cape Canaveral Air Force Station in February 2020. (SpaceX)

The arrival of the astronaut capsule follows the delivery of a brand new Falcon 9 booster. The booster (B1061) made the trek from SpaceX testing grounds in McGregor, Texas back in July before arriving at Cape Canaveral Air Force Station. Before shipment the booster successfully passed a static fire acceptance test of its nine Merlin 1D engines on a test stand at the Mcgregor facility.

Falcon 9 B1061 completed a static fire acceptance test in Texas in April 2020 and arrived in Florida for Crew Dragon’s next NASA astronaut launch on July 14th. (SpaceX) 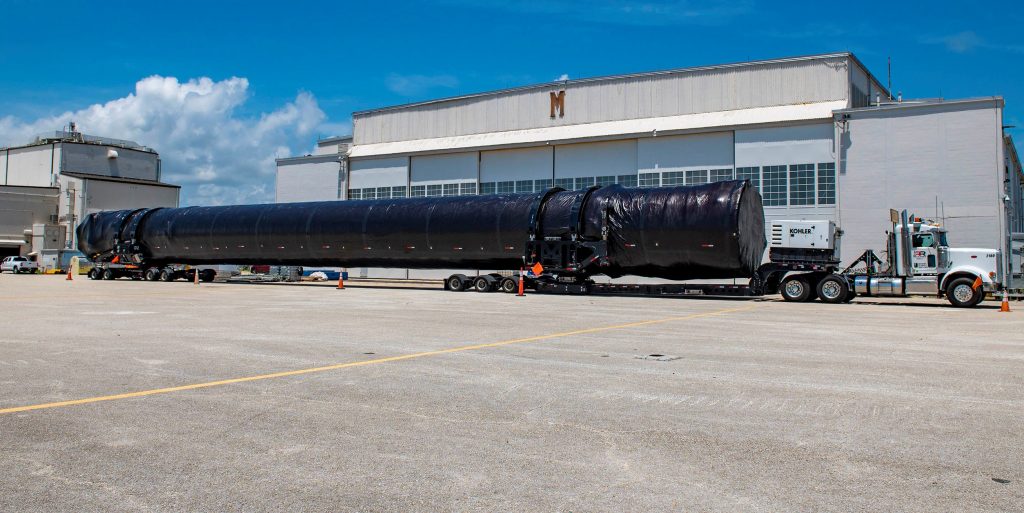 Falcon 9 B1061, the booster NASA refers to above, arrived in Florida on July 14th ahead of SpaceX’s second astronaut launch ever. (SpaceX)

In the blog post, NASA also stated that the Falcon 9’s second stage outfitted with a single Merlin Vacuum engine also passed acceptance test firing at the McGregor facility on Tuesday August, 18. The MVac engine of the second stage was previously succesfuly static fired back in April as confirmed on the company’s Twitter account. The recently test fired completed second stage is expected to ship to Florida in the coming weeks. The arrival of the second stage will mark the delivery of all SpaceX Crew-1 flight hardware.

The McGregor team also completed a static fire test earlier this week of Falcon 9’s second stage engine for the Crew-1 mission, which will propel Crew Dragon toward the @space_station once the first stage separates and reorients to land back on Earth pic.twitter.com/QYaMgLQeLg

NASA and SpaceX are currently targeting no earlier than October 23rd for the launch of Crew-1. As previously reported by Teslarati, the late October launch date is a slip of a few weeks from the previously identified no earlier than late-September timeline. The extra time is likely a result of neccessary testing and time needed for NASA to complete the operational status certification of SpaceX’s human spaceflight system.