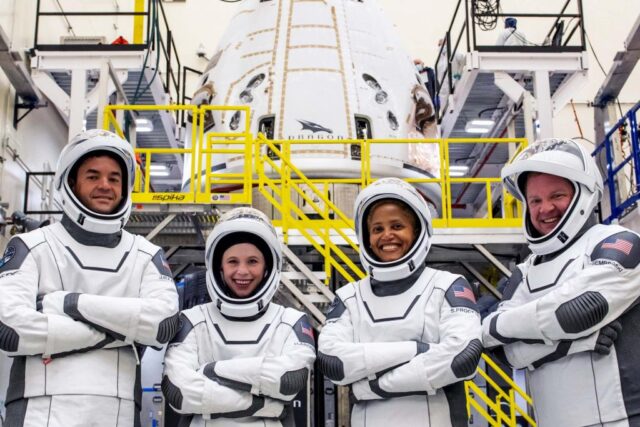 SpaceX’s first fully private astronaut crew have revealed the first real look at a unique part of the Crew Dragon spacecraft that will carry them to orbit just two weeks from now.

Known as Inspiration4, the mission is the brainchild of Shift4 CEO, founder, and billionaire Jared Isaacman and will be the first orbital astronaut launch dedicated exclusively to space tourism. Unlike the side ventures of billionaires Jeff Bezos and Richard Branson, both of which cap out around 100 km (~62 mi) and Mach 3 (~1000 m/s) with vehicles that have minimal utility outside of their tourism roles, Inspiration4’s four-astronaut crew will be headed to orbit – 590 km (~365 mi) at Mach 20+ (>7500 m/s) – in a spacecraft designed and used to ferry NASA astronauts to and from the International Space Station.

A step further, aside from its more symbolic role in the potential future of orbital space tourism, Inspiration4 will also check off several major technical firsts – each impressive in its own right.

I have never seen a more innovative & impressive organization than @SpaceX . Six months from idea to fully analyzed and flight-ready hardware!..They are making science fiction a reality each day and @inspiration4x is proud to be a very small part in the history they are making. https://t.co/0Sdo4sBTm6

The crew of Inspiration4 stopped by @SpaceX's Dragonland in Florida to check out their ride and go for a “Dragon Test Drive.” Final preps for the crew, spacecraft, and rocket continue ahead of liftoff in 15 days! pic.twitter.com/Nmy8dg0W20

First and foremost, perhaps the most unique technical aspect of Inspiration4 will be the custom-built ‘cupola’ SpaceX has replaced Crew Dragon’s docking port with. Plans for the large transparent dome were revealed in March 2021 and according to Isaacman himself, SpaceX effectively took the idea from paper concept to real-world human-rated hardware in just six months. Initially shown off in an official render, Dragon’s ‘dome’ was portrayed as a completely uninterrupted glass-like hemisphere where the spacecraft’s docking port would normally go.

As a free-flyer mission with no need to rendezvous or dock with a space station, once-flown Dragon capsule C207 had no need for that module on Inspiration4 and SpaceX seemingly agreed. Six months later, the end result is practically identical to the renders aside from four black heat shields that will protect parts of the dome from the heat of Dragon’s four most important Draco thrusters. Regardless, the dome itself still appears to be uninterrupted, almost certainly making it the largest single-piece window ever flown to space when Inspiration4 launches later this month.

Additionally, Isaacman confirmed that SpaceX has also installed a custom camera inside the retractable nosecone the dome (and normally the docking port) is cocooned inside during ascent and reentry. In just the right position, that camera should be able to take some truly spectacular photos of Dragon’s four astronauts (Jared Isaacman, cancer survivor and PA Hayley Arceneaux, science communicator Sian Proctor, and raffle-winner Christopher Sembroski) silhouetted by Earth, space, and the stars. 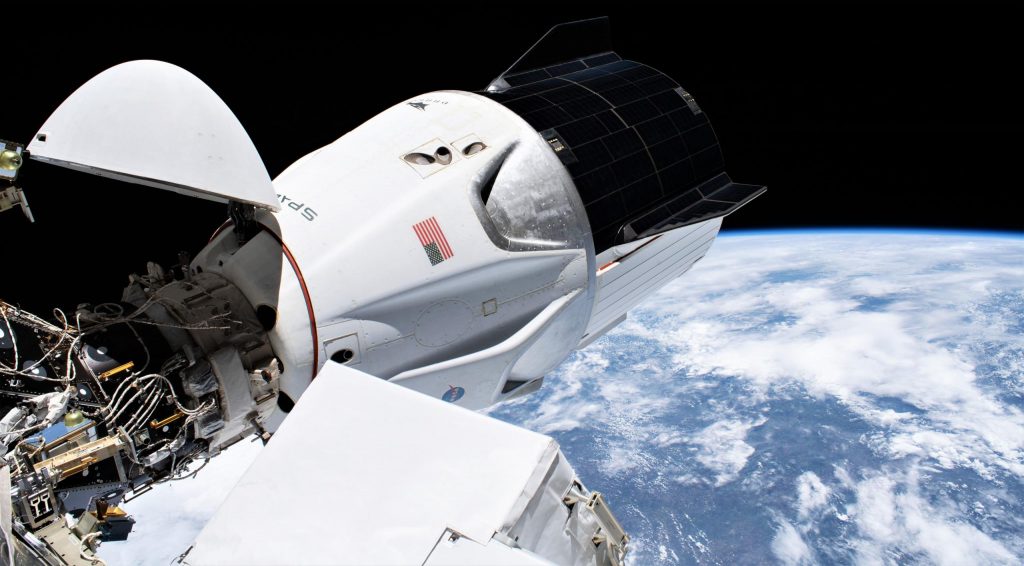 Aside from SpaceX’s unique cupola modification, Inspiration4’s Crew Dragon capsule is on track to once again smash the company and world’s record for orbital space capsule turnaround. Previously tasked with supporting Crew-1, SpaceX’s first operational NASA astronaut launch, Dragon capsule C207 reentered and splashed down after six months in orbit on May 2nd and is now scheduled to launch four more astronauts as early as September 15th. If all goes according to plan, C207 will thus fly twice in ~136 days, beating a 227-day turnaround record set just weeks prior by 91 days (41%). 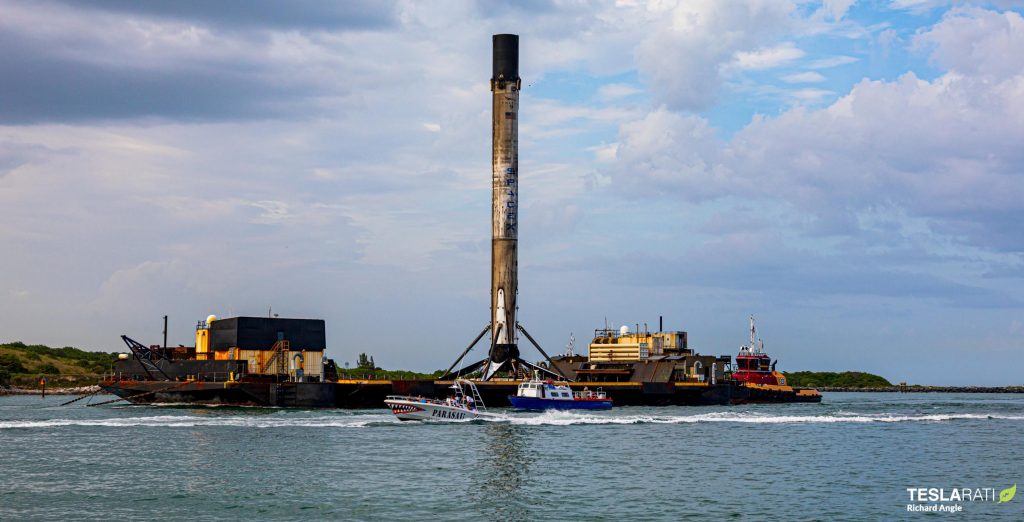 Falcon 9 booster B1062 launched for the second time on June 17th. Up next, Inspiration4. (Richard Angle)