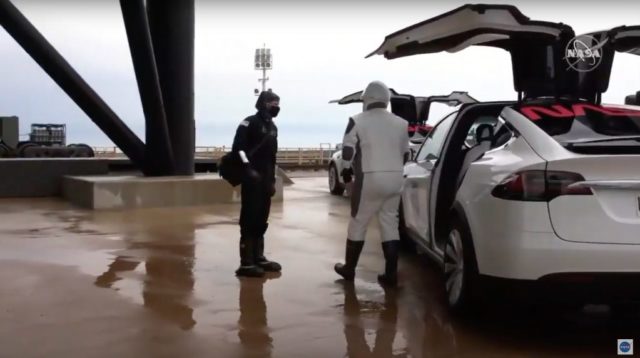 SpaceX’s first launch of Crew Dragon with astronauts on board may have to wait a few more days to get off the ground, but that doesn’t mean that the company isn’t already looking forward to the future. Following Demo-2, and if all goes as planned, NASA is expected to certify the Crew Dragon spacecraft for regular flights to and from the space station.

At that time, SpaceX and NASA will start nailing down the details for its next crewed mission. Each Dragon spacecraft is certified to stay on orbit for no more than 120 days, so they have to time everything carefully. That’s why the length of Demo-2 is uncertain — it all depends on when the next spacecraft will be ready.

That could happen sooner rather than later. NASA administrator, Jim Bridenstine, explained during a pre-launch briefing that the next flight of the Crew Dragon could fly as soon as August 30. That flight, called Crew-1, would see the Dragon carry four astronauts to the space station for a six-month stay. On board will be three NASA astronauts — Mike Hopkins, Victor Glover, and Shannon Walker — who will be joined by Japanese astronaut Soichi Noguchi. 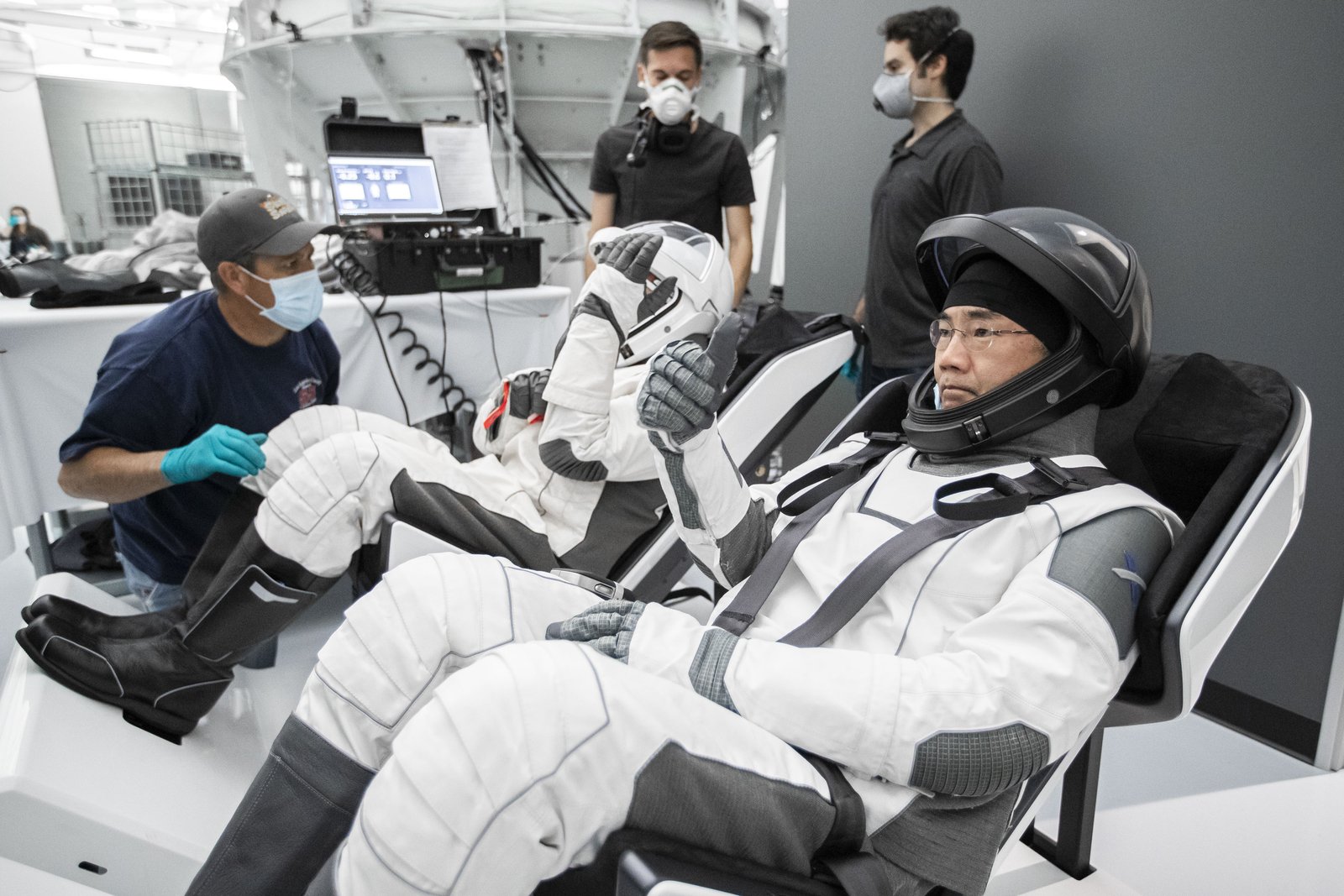 However, before they can fly, the Demo-2 crew of Doug Hurley and Bob Behnken are putting the Dragon through its paces. It’s their job to test out the craft’s various systems on this final test flight. Crew Dragon has already made one successful flight to the space station, but that was without a crew on board. When it flies this next time, Bob and Doug will not only test out manual controls of the Dragon’s flight systems, but also the craft’s ECLISS (or environmental control and life support system).

Bridenstine stresses that Demo-2 is a test flight. The mission is designed to test the vehicle, land it safely, and prepare to regularly launch crew. To that end, there will be several weeks in between the Demo-2 flight and the launch of Crew-1. This will allow SpaceX and NASA to inspect and certify the Dragon.

Doug Hurley and Bob Behnken will fly the Crew Dragon spacecraft to the ISS as the vehicle’s last test before certification. Credit: NASA

“They can be there probably until early August,” Bridenstine said, referring to the Demo-2 mission. “If we have a good window to come home and they are not necessary on the International Space Station, we will be taking it.”

“The goal is to get them to the International Space Station, test the systems and get them home,” he added. “If they can do more work than that while on the ISS, certainly that’s OK. But this is a test flight.”

Behnken and Hurley will be joining fellow NASA astronaut Chris Cassidy on station. Cassidy, along with two Russian cosmonauts, launched to the station in April. They’ve been serving as a skeleton crew, so the addition of two more astronauts will be welcomed. 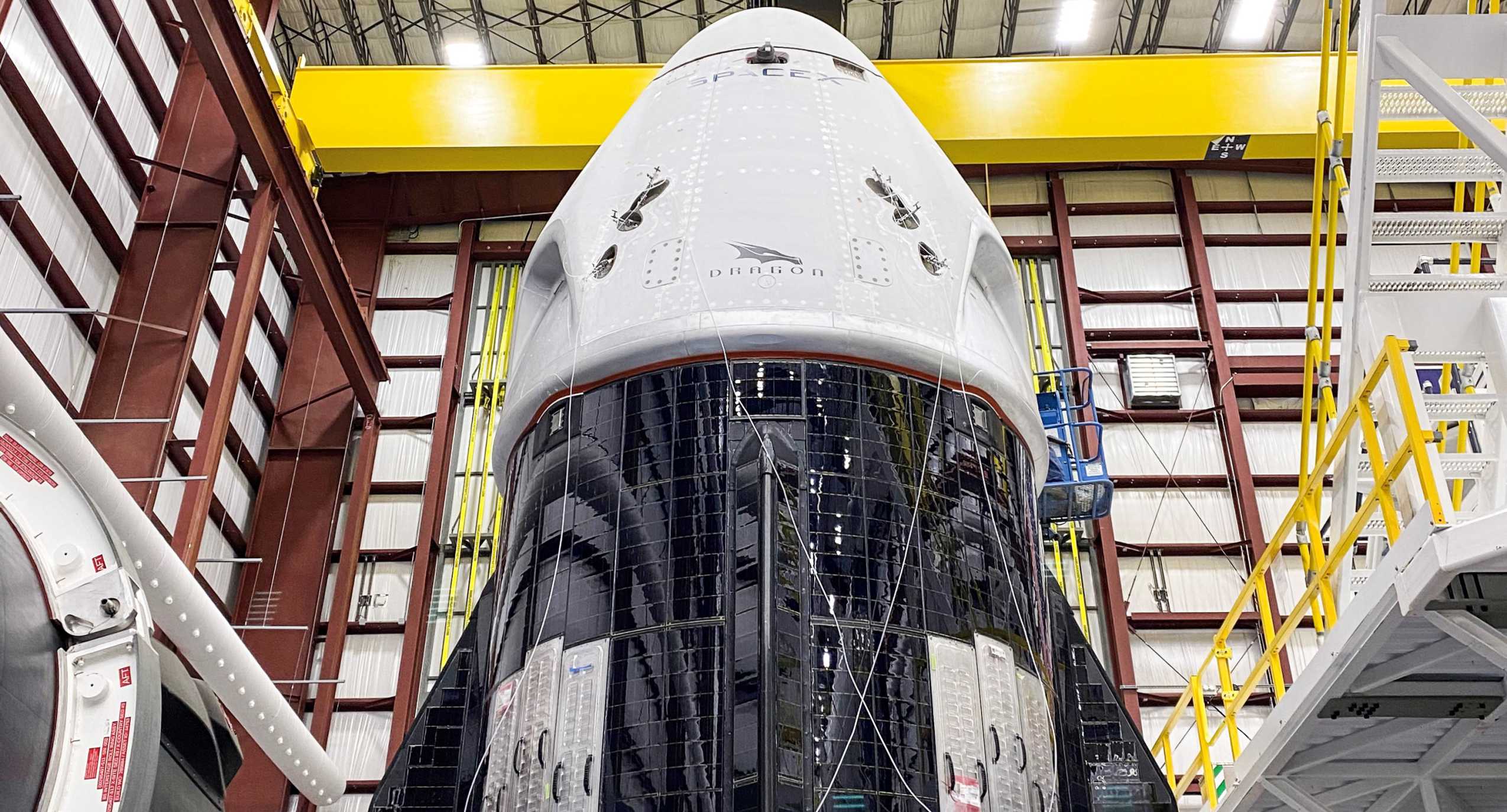 Crew Dragon sits in the hangar at Pad 39A prior to mating with its Falcon 9 launcher. Credit: SpaceX

SpaceX snagged a $2.6 billion contract in 2014, to fly six operational crewed missions for NASA. For nearly a decade now, NASA has been forced to rely on Russia as the sole means of transporting astronauts to and from the orbital outpost. This arrangement is expensive, with seats now costing NASA approximately $90 million each.

Once Crew Dragon is fully operational, NASA hopes to end its payments to Russia. It would lie to establish a barter system for seats instead. NASA is hopeful that the Russians will want to fly on the Dragon and are wanting to trade seats with the Russians in the near future.

That arrangement would see U.S. astronauts continue to fly on Soyuz spacecrafts as well as Russian cosmonauts fly on U.S. spacecraft with no money being exchanged. Russian officials have said they would be open to putting cosmonauts on U.S. vehicles after they’ve been fully certified. 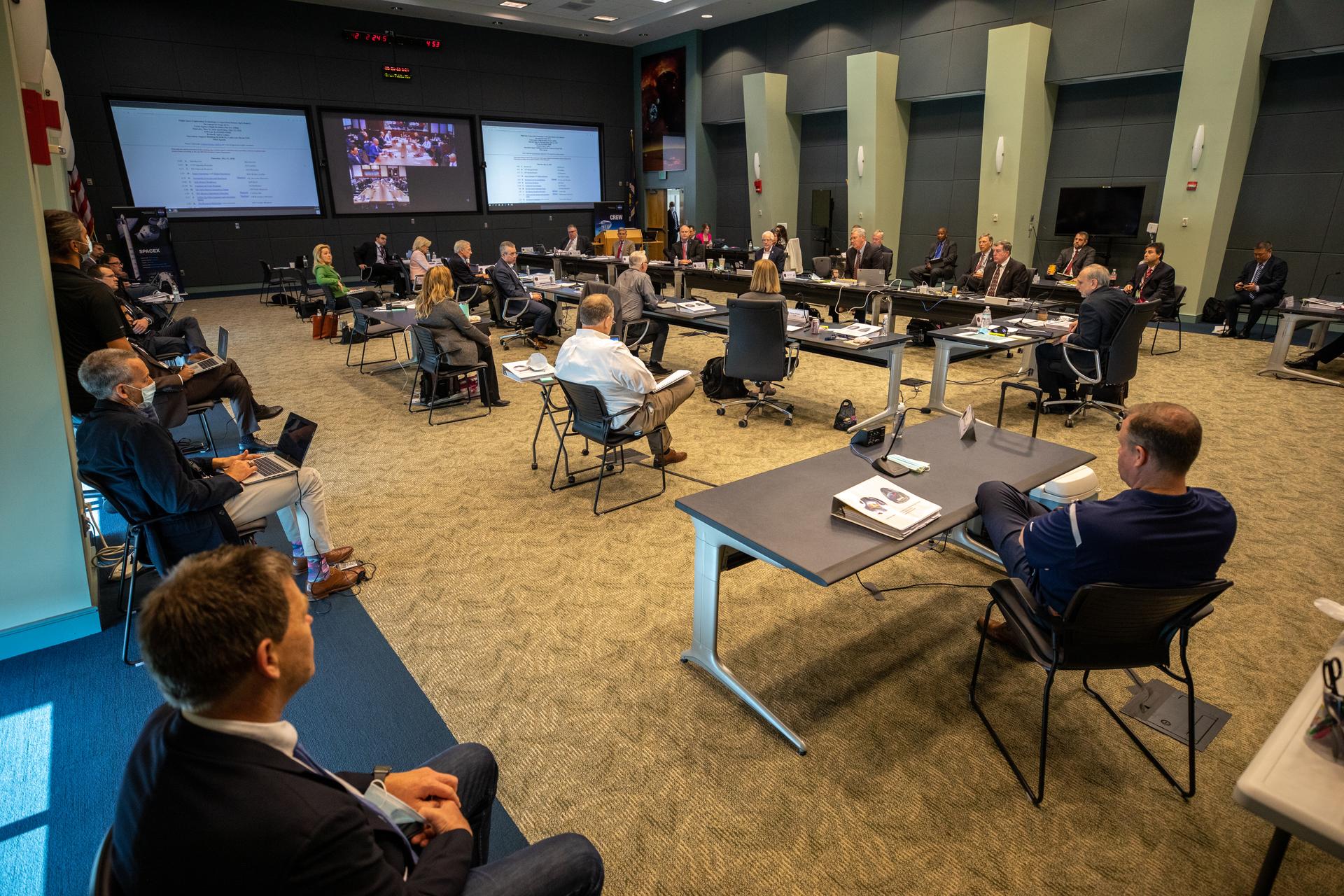 On May 21, 2020, inside the Operations Support Building II at NASA’s Kennedy Space Center in Florida, NASA and SpaceX managers participate in a flight readiness review for the upcoming Demo-2 launch. Photo credit: NASA/Kim Shiflett

Russia as well as many international partners participated in the Dragon’s readiness review process along with NASA. The Dragon passed both its flight readiness review and launch readiness reviews with flying colors. Right now, the only thing standing in its way is launch weather.

Currently, NASA and SpaceX are targeting Saturday, May 30 at 3:22 p.m. for liftoff.