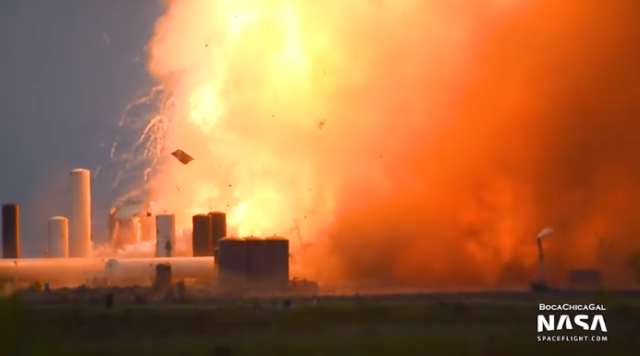 Today’s test is the fifth static fire test of this particular prototype, and the second this week. On May 28, the prototype successfully fired up for its fourth test and everything seemed to go as planned. No word yet on what caused today’s anomaly.

SpaceX was gearing up for a hop test of this particular prototype, with the craft expected to take flight on Monday, June 1. SpaceX received approval from the Federal Aviation Administration (FAA) yesterday for the upcoming test flight, during which the craft will soar to 500 feet (150 meters).

SN4 is the latest prototype in a series of developmental craft that SpaceX has been building as it designs its Starship rocket. Each prototype has met a similar fiery end, with one having already completed a short hop. SN4 has survived longer than any of its predecessors, but luckily SpaceX has its next iteration nearly complete.

Dubbed SN5, that vehicle will complete the company’s next round of tests. The license SpaceX received from the FAA is very different from previous permits and enables the company to have more freedom. For instance, previous licenses have listed specific height limits and only allowed for a single flight. This launch license is more a blanket permission.

When it’s completed, Starship will stand approximately 165-feet-tall (50 meters) and will be able to carry astronauts and cargo to the moon, Mars, and beyond. SpaceX says they’ve designed the craft to launch on a Super Heavy booster and carry as many as 100 people into space.

Last month, the still-in-development craft snagged a major accolade: a NASA contract to potentially deliver astronauts to the moon as part of NASA’s upcoming Artemis moon program. The first Artemis flights are expected to take off in 2024, with crewed flights following soon after. 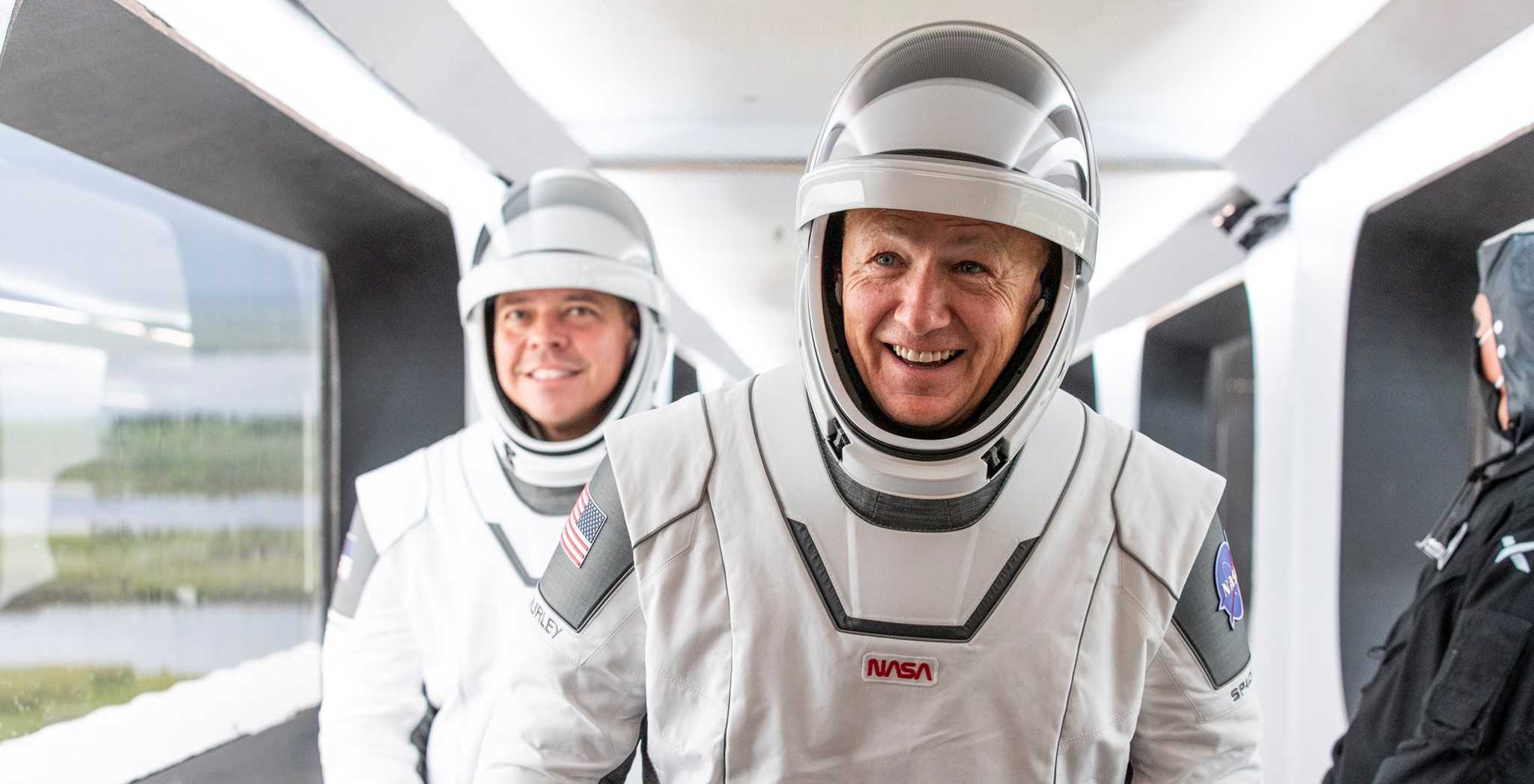 Bob Behnken and Doug Hurley are preparing the pilot the Crew Dragon spacecraft to the ISS. Credit: NASA

This explosion comes on the eve of another major milestone for SpaceX — launching astronauts to the International Space Station. That mission, called Demo-2, will feature a Falcon 9 rocket, and Crew Dragon spacecraft that will transport two astronauts into space. The flight was originally scheduled for Wednesday, May 27, but poor weather at the launch site prevented the rocket from lifting off.

Elon Musk says no one is censoring his tweets

Tesla cars will be able to ‘talk’ to vandals and pedestrians