Amid reports that Autopilot users are still experiencing inaccuracies with the software’s ability to accurately read speed limit signs, Musk reassured users over Twitter that improvements are of utmost priority and an update is coming soon.

In the past, Tesla vehicles have displayed issues with recognizing Speed Limits correctly. Researchers at McAfee Advanced Threat Research managed to trick Tesla’s speed limit recognition technologies in the past by adjusting the appearance of the number “3” on a 35 MPH speed limit sign. This adjustment tricked the Tesla into thinking the speed limit was 85 MPH.

Yes, this is a high priority

One owner in the forum stated, “Was wondering why some speed limits signs are not recognized on my Tesla. Don’t need a ticket.”

It seems that some owners whose cars still utilize Mobileye and Hardware 1 are the only drivers whose vehicles recognize signs accurately the majority of the time. However, when Tesla and Mobileye ended a partnership in 2016, Tesla was forced to make its own software to recognize speed limits. Tesla vehicles manufactured after the partnership ended use GPS-based speed limit recognition and not camera-based identification.

Arguably one of the most substantial hurdles Tesla must jump through on its journey to autonomous driving features is the accuracy of sign recognition. Without the ability to read road signs and speed limits, the autonomous features are pointless because the vehicle will not function properly. Tesla’s Artificial Intelligence program is working diligently to improve the functionality of Autopilot, and it starts with accurate street sign recognition.

When Tesla’s Head of AI Andrej Karpathy spoke about the processes of identifying street signs, he explained that the vehicles depend on code to recognize instructions. The issue with this is that many states utilize different words or layouts to describe the same action. For example, Karpathy stated Tesla holds the most extensive set of “Except Right Turn” signs in its database. These signs often say the same thing but are different sizes, fonts, or shapes, all of which are factors that can spell trouble for a software system. 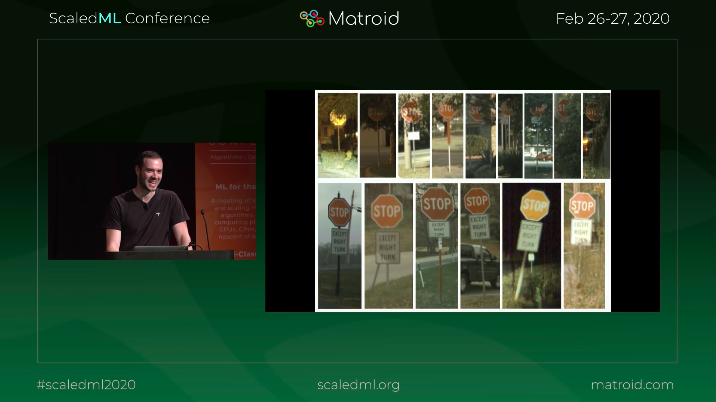 The improvement of accurately recognizing signs will move Tesla closer to finishing its Full Self-Driving suite. After Tesla released the Stop Sign and Traffic Light Control feature, only City Driving remains on the list of FSD features that have yet to be unveiled. Recently, the company also published its safety statistics, marking Autopilot’s safest year to date. With added improvements over time, thanks to the contribution of data to the company’s Neural Network, Tesla can continue to improve upon its already impressive FSD performance.