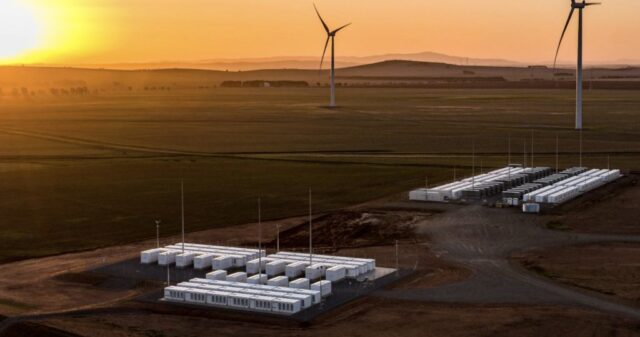 Recently, Tesla posted a job position calling for a Senior Energy Trading Analyst in Palo Alto, California. The job listing reveals Tesla’s plans for an energy trading team and its future as an electricity provider.

“We are looking for a Senior Energy Trading Analyst to drive continual performance improvements of the largest fleet of battery storage projects in the world. This includes Tesla’s utility-scale battery fleet (i.e., transmission level) and virtual power plants (i.e., aggregation of residential batteries at the distribution level),” said Tesla about the new job position. 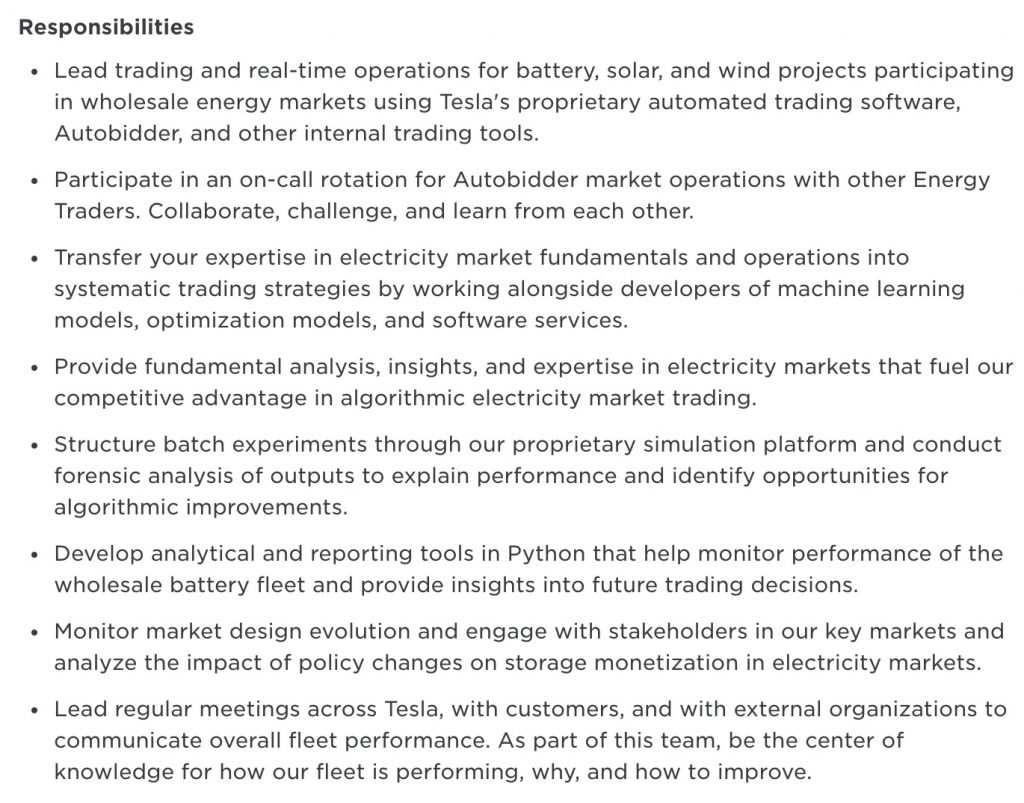 Tesla Energy’s progress doesn’t usually garner much attention even though it has steadily gained traction in countries like Australia. In Q2 2021, Tesla solar and battery storage deployments tripled year-over-year. The surge in energy deployments was mainly thanks to Tesla’s Megapack ramp.

However, the Powerwall proved popular as well, with deployments doubling YoY. Earlier this year, Tesla announced that all its solar and solar roof products would come with a Powerwall.

“I think we have a chance of hitting an annualized rate of a million units of Powerwall next year, maybe toward on the order of 20,000 a week,” Elon Musk said during the last earnings call. “But again, dependent on cell supply and semiconductors. But in terms of demand, I think there’s probably demand for in excess of a million Powerwalls per year. And actually just a vast amounts of the Megapacks for utilities.”

Tesla strongly believes that battery storage systems are necessary as nations start transitioning to renewable power sources. In a White Paper shared with Australia’s Energy Security Board (ESB), Tesla Energy argued that battery storage can replace essential services provided by thermal plants. Tesla has been very involved in the ESB’s efforts to design a more robust and lower emissions power system for Australians.

Tesla Energy takes the next step

Besides distributing solar products and battery storage systems, Tesla Energy made moves to become an electricity provider in several countries, including Australia, Texas, and the United States. Last month, Tesla Energy Ventures, LLC submitted an application for a REP Certificate in Texas to become a retail energy provider.

The move to become a retail electricity provider in Texas seems timely as the transition to a renewable-dominant grid becomes viable. President Biden’s almost $1 trillion infrastructure bill calls for changes nationwide, including US electrical grids.

According to the Solar Futures study from the US Department of Energy’s (DOE) National Renewable Energy Laboratory, even without policies pushing for renewable grids, the transition to clean energy sources like solar will increase with time. The study found that installed solar capacity increases by almost a factor of 7 by 2050 compared to 2005, without clean energy policies. It also found that grid emissions could decline by 45% by 2035 and 61% by 2050, relative to 2005 levels.

With an energy trading team, its leading solar and battery storage technology, Tesla could head another growing market.

See Tesla’s application to the Public Utility Commission of Texas below!