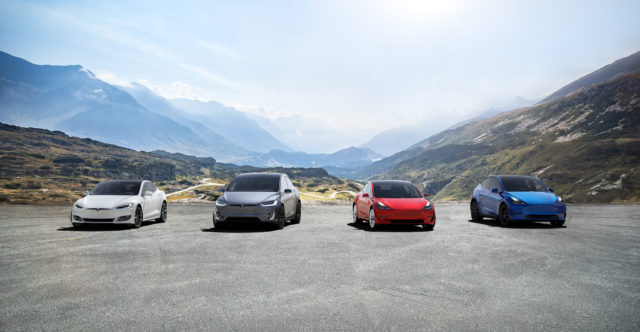 Tesla will report its second-quarter earnings after market closes today. And while CEO Elon Musk’s traditional post-report conference call with analysts tends to garner the most buzz and headlines, there are some important matters — namely numbers — to watch for in the automaker’s actual earnings report.

Before getting into what indicators to pay attention to, here’s a quick recap of what happened in the last quarter.

In the first quarter of the year, Tesla reported a wider-than-expected loss of $702 million, or $4.10 a share, after disappointing delivery numbers, costs and pricing adjustments to its vehicles threw the automaker off of its profitability track.

The loss included $188 million of non-recurring charges. When adjusted for one-time losses, Tesla lost $494 million, or $2.90 a share, compared with a loss of $3.35 a share in the first quarter of 2018. Tesla reported that it also incurred $67 million due to a combination of restructuring and other non-recurring charges.

What to Expect in Q2 Earnings

Analysts expected Tesla to deliver 91,000 vehicles during the second quarter, according to estimates compiled by FactSet. The record-breaking figures stood in stark contrast to the company’s first quarter delivery numbers when it reported deliveries of 63,000 vehicles, nearly a one-third drop from the previous period.

The upshot for Tesla: the record-setting deliveries reported earlier this month should have a positive effect on second-quarter earnings.

But it will be enough? Analysts polled by FactSet expect Tesla to report an adjusted loss of 35 cents a share on revenue of $6.47 billion, which is substantially better than the loss of $3.06 a share that the company reported in the same period last year.

Revenue, profit or loss, and operating cash flow less capital expenditures are all important figures to pay attention to. But there are other numbers and details to watch for too. Here’s our list.

Tesla’s margins were buffeted in the past by sales of the higher-priced (and better margin per vehicle) Model S and X. Now Tesla is in an awkward spot where demand for the Model 3 hasn’t been enough to stave off contracting margins caused by a decline in Model S and X sales. Model 3s have a lower profit margin per vehicle than the S or X.

Tesla could see margins recover if it can sell enough Model 3s. It could also be helped by a recent decision to get rid of the standard versions of Model S and X.

Demand for Model S and X

The Model 3 might not have a demand problem, but the older Model S and Model X do. Registrations for the Model S sedan in the second quarter fell 54% to 1,205 in California, the company’s largest market in the U.S., according to a WSJ article that cited data from the Dominion Cross-Sell report. That indicates slowing sales for the higher-priced S and X elsewhere, which could effect sales and profit.

The falling demand isn’t a huge surprise. Both vehicle models are older and more expensive than the newer Model 3. But that means Tesla is more reliant than ever on Model 3 sales to close the gap.

Tesla could give the Model S or X a refresh to help boost sales. In the automotive world, “refreshed” typically means small revisions to a vehicle model that extend beyond the typical yearly updates made by manufacturers. A refresh is not a major redesign, although there’s often a noticeable change to the vehicle model.

But Musk recently stated that isn’t happening. Look for any guidance on what Tesla plans to do with the S and X.

There is no “refreshed” Model X or Model S coming, only a series of minor ongoing changes. Most significant change in past few years was to use high efficiency Model 3 rear drive unit as S/X front drive unit. That went into production 3 months ago.

Despite a dismal first-quarter earnings report, Tesla stuck by its prior guidance of delivering between 360,000 to 400,000 vehicle in 2019. The company’s second-quarter deliveries indicate a turnaround.

The company delivered a disappointing 63,000 vehicles in the first quarter and another 95,200 in the second, pushing its mid-year total more than 158,000 vehicles.

Tesla will need to keep up the momentum and deliver another 202,000 in the second half of the year if it hopes to meet the lower end of its guidance.

Tesla’s factory in China is one of its biggest investments and bets. The automaker reached a deal in July 2018 with the Shanghai government to build a factory capable of producing 500,000 electric vehicles a year. Construction kicked off in January and has been moving forward at a brisk pace.

The factory would be the automaker’s second assembly plant and aimed at serving the alluring Chinese market. Importantly, producing Tesla vehicles in China will help it avoid challenges around shipping, pricing and tariffs, an issue that has been exacerbated by the ongoing U.S.-China trade war.

Other items we care about include production plans for the Model Y, the Tesla Semi — remember that? — the electric pickup, its battery production partnership with Panasonic, energy storage and solar as well as its progress on automated driving.