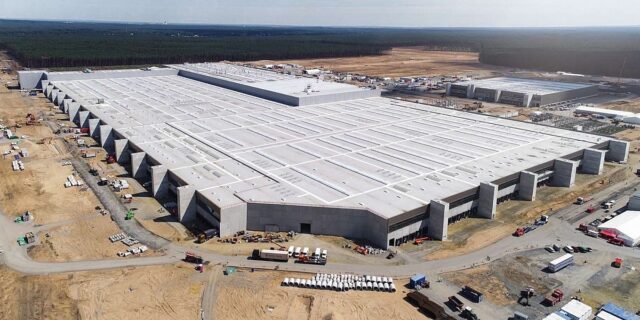 On Friday, Elon Musk and Armin Laschet, the frontrunner to succeed Angela Merkel as Germany’s Chancellor, are expected to meet at Tesla’s Gigafactory Berlin site.

Laschet told reporters on Thursday that he received a text message from the Tesla CEO.

“I’m glad that Elon Musk has just texted me and that we have agreed to see each other tomorrow,” Laschet said. “This, of course, also underlines the common will to make such an investment possible in other fields in the future. You have to talk to each other for that.”

“Tesla is setting a point in Europe, and I am sure that many companies will settle around Grünheide, which in turn will bring new jobs,” said the CDU chairman during a visit to Frankfurt (Oder) in Brandenburg.

The Chancellor candidate seeks to find a balance between climate change policies and economic growth in Germany.

On his website, Laschet indicates that he seeks climate protection through innovation and competition. Three objectives are listed under the heading:

Tesla Gigafactory Berlin seems to fit Laschet’s goal to strike a balance between climate protection and encouraging the growth of Germany’s economy.

“We all experience how difficult it is at the moment, how many protests there are,” Laschet noted, speaking about Tesla’s Berlin factory. “But such a decision, if it had passed Brandenburg by, would have been a loss for decades.”

Tesla is hiring for its first international Design Center in China