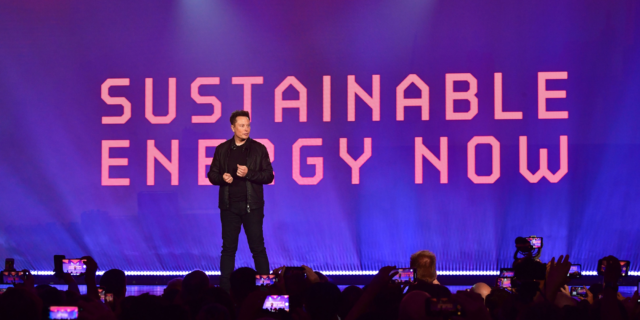 Tesla has been labeled a tech company and a car company, but it’s neither — it’s a General Electric for the 21st century.
Tesla is already operating in the auto industry, the energy business, software, autonomous mobility, electric batteries, and residential solar.
Tesla could move into numerous other enterprises, from healthcare to robotics — all industries that should be important and valuable over the next 80 years.
Visit Business Insider’s homepage for more stories.

I’ve covered Tesla for over a decade and for that entire time, I’ve constantly insisted that it isn’t a Silicon Valley tech company, but rather a carmaker. Just like General Motors, Toyota, Ford, or Mercedes-Benz, just with electric motors instead of internal-combustion engines.

But not because Tesla is actually a Silicon Valley tech company. It isn’t. Silicon Valley doesn’t really create technology companies anymore; instead, it creates companies that sit on top of the internet — mainly the mobile internet these days — and sell attention-spans to advertisers and services to businesses.

In effect, they’re media companies whose content is generated for free by users: Google searches, Facebook posts, and so on. Apple is an exception, but there we have a design firm, effectively, that lives on the exceptional profit margins of its premium devices, chiefly the iPhone.

Now that we’re something like four decades into the “tech” transformation of the economy, we’ve forgotten what actual technology companies look like. The best example, from the previous century, is General Electric, which can trace its roots to Thomas Edison and the late 19th century. GE is the quintessential American conglomerate.

But it’s importance, while still critical, has been fading. The successor, it dawned on me a few weeks ago, is Tesla.

It should have been obvious to me all along. Here’s why:

Both Tesla and General Electric have their roots in … electricity! Obviously, Thomas Edison, the father of the electric light bulb, brought electrification to the 20th century, starting in the late 19th. Tesla, of course, takes its name from Nikola Tesla, the Serbian-American inventor who both worked for Edison and later established a rivalry with him over different formats for electric current.

Elon Musk is the 21st-century’s Edison. Not because he has invented anything in a lab, but because he’s used the modern machinery of Silicon Valley-style finance to create companies that can tackle global problems, mainly climate change.

These 15 used cars saw the steepest drops in sales when the coronavirus pandemic hit, according to the dataAirbus just beat Boeing to be the first to complete a wholly automated air-to-air refueling operationA rare Mercedes that was hidden away in a barn collecting dust for more than 40 years just sold for $1.1 million

They Shut Down My Coffee Company

Tesla’s most searched Google terms of 2020: Stock, Net Worth, and Baby Names