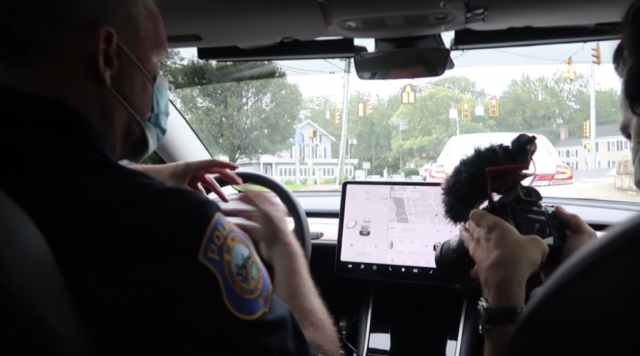 A Tesla Model 3 has been patrolling the streets of Westport, Connecticut, since January 2020. However, an inside look at how effective the Model 3’s performance is for the law enforcement agency has never been given. That is until Westport Police Department Chief Foti Koskinas gave two members of the Now You Know YouTube channel a peek of how patrolling the streets of the small Connecticut town in an electric police car is advantageous for those who look to protect the community.

Teslarati initially reported in December 2019 that the Westport PD had chosen the Model 3 to be its new patrol unit. However, the work was far from over after ordering the vehicle, because the interior and exterior lights, sirens, and other worthy police cruiser necessities needed to be installed before the all-electric sedan could begin patrolling the town.

Chief Koskinas seems pleased with the Tesla’s performance during the first eight months of ownership, and efficiency and performance seem to be the main factors in his happiness thus far. 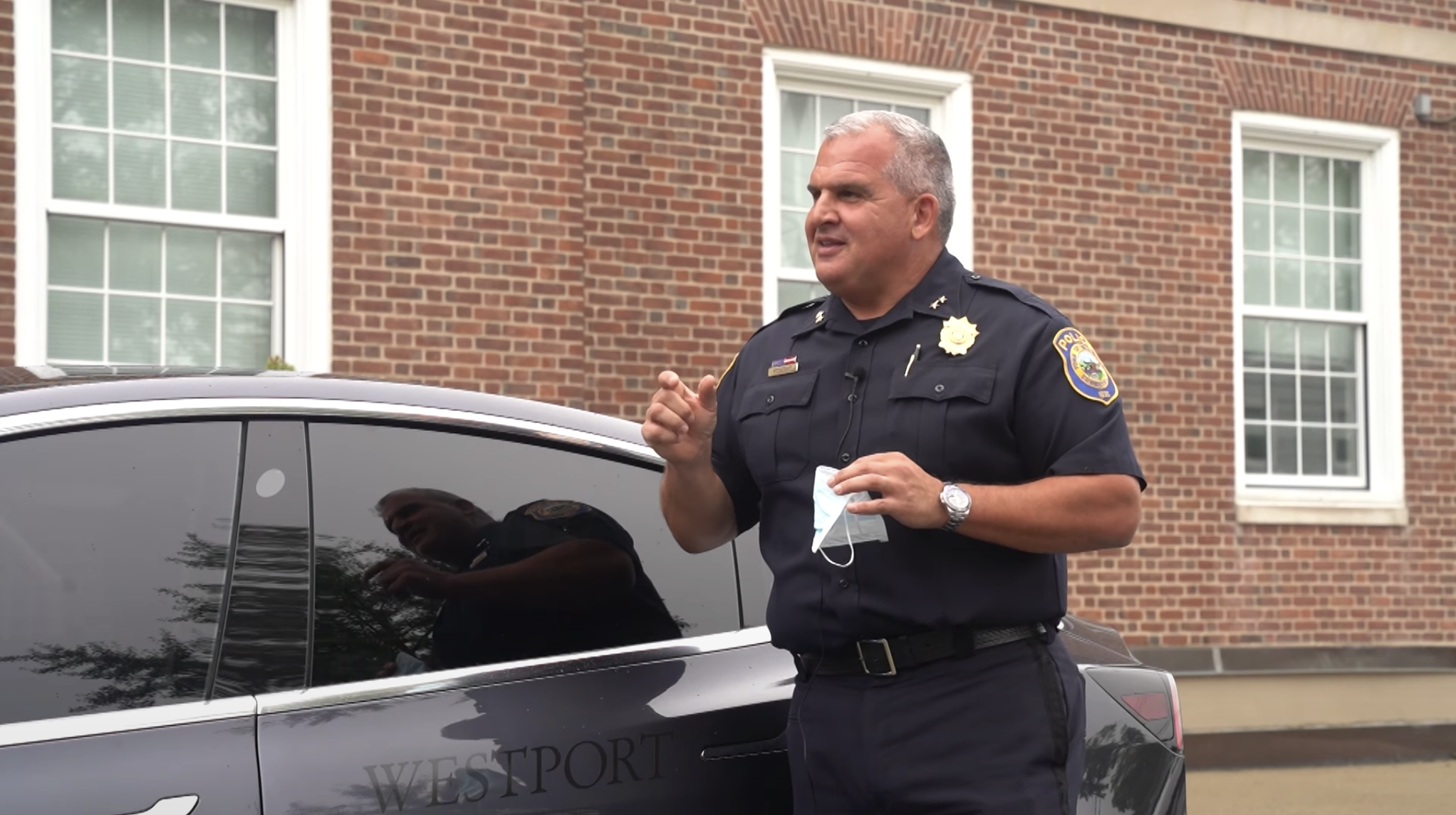 Along with the five-star crash safety ratings that the Model 3 offers, the range has helped the department as well. “The performance of getting over 300 miles, possibly on a charge, puts us in an area where we can run more than two shifts. We’re running about sixteen hours before we need a charge,” Koskinas said.

Koskinas also indicated that Tesla was more than willing to help the Westport PD outfit its new Model 3 with the proper tires, brakes, and other parts. However, the automaker was also keen to get the law enforcement staff the car in a reasonable amount of time. “We weren’t put on a waiting list,” the Chief said. 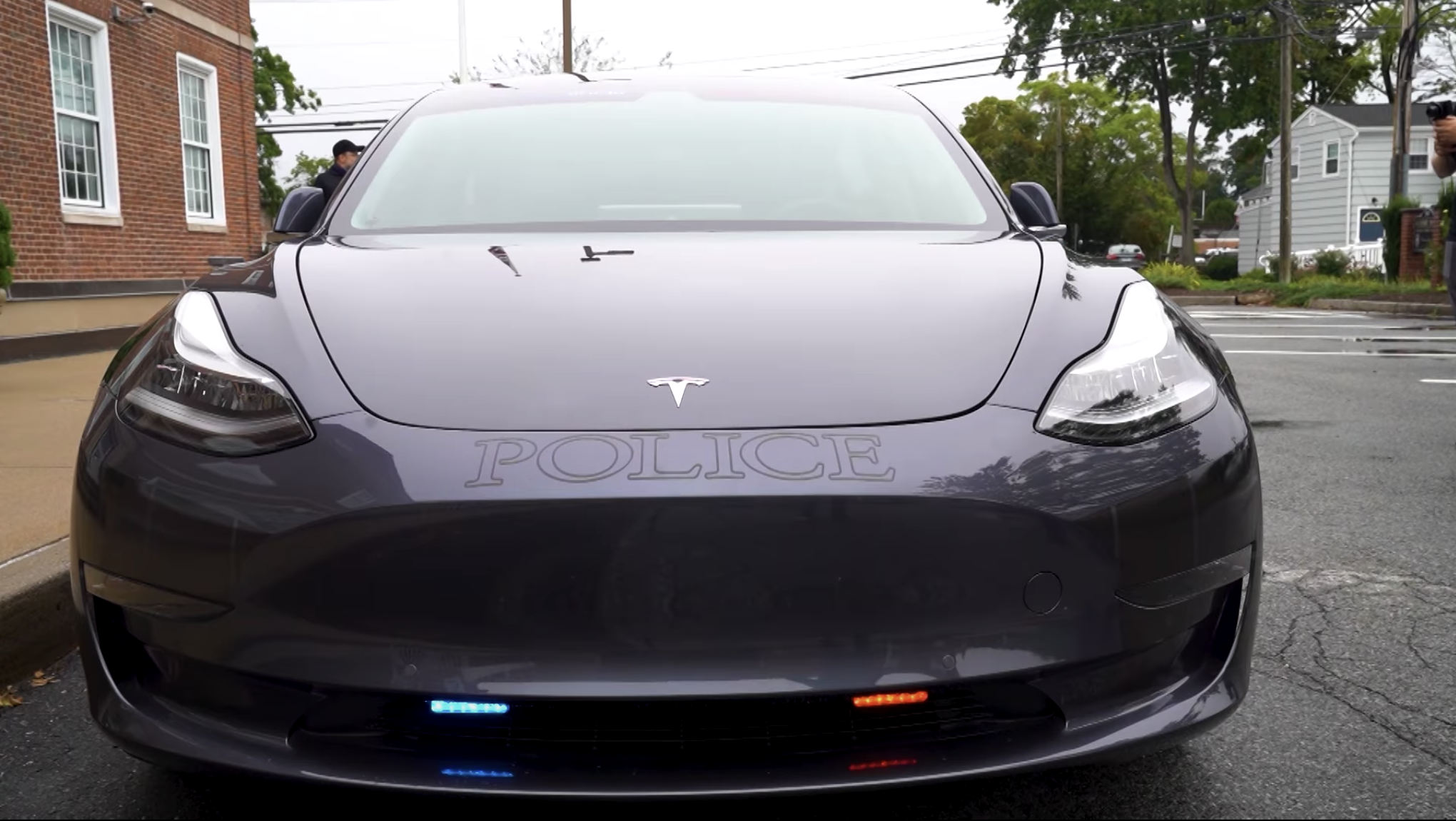 In terms of Tesla’s interior layout, the department stated that it has been working with the automaker’s team of engineers to keep the design minimalistic. Police Officers have multiple remote controls within the vehicle that are designed to control the lights and sirens. A more advantageous route, according to some officers in the unit, would like the steering wheel buttons or dash screen to incorporate these controls. It would undoubtedly improve the ease of access, providing a more accessible way to turn on police cruiser sirens and lights. 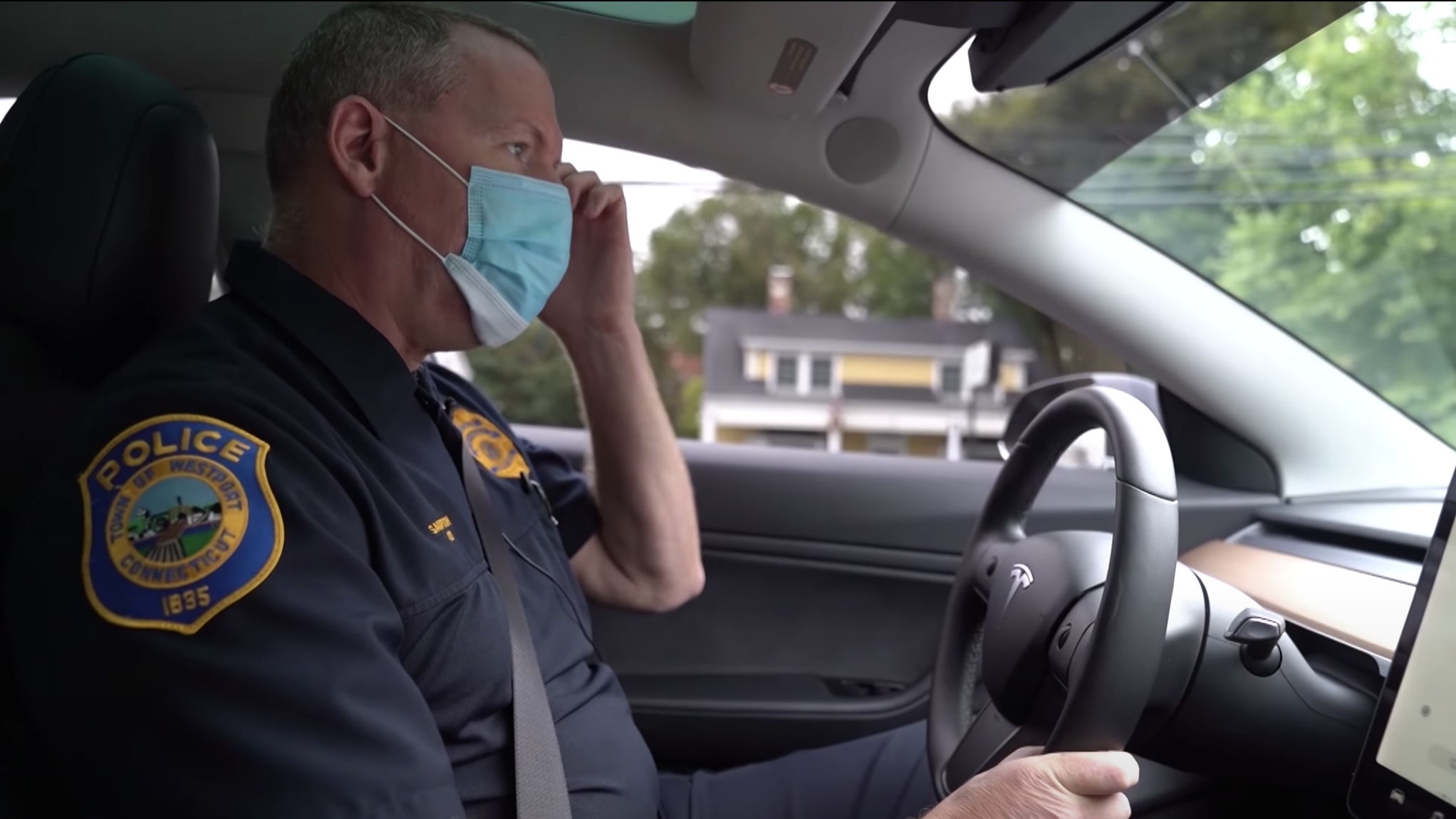 It seems the relationship between both Tesla and the Westport PD is respectful and constructive. Tesla could be using Westport’s cruiser as a way to learn about how it could improve its cars for law enforcement use. Other departments, like the Los Angeles Police Department and the Fremont PD, are utilizing Tesla Model S vehicles for patrol use. Still, it seems Westport’s Model 3 could be geared toward a wide rollout of all-electric law enforcement cars in the future.

This could be because of the Model 3’s affordability. While taxpayer dollars are used to buy new police cruisers for law enforcement agencies, affordability is still likely a large factor in determining what vehicle to purchase.

Keeping citizens happy is a big part of maintaining support for a police department. While Westport has the largest population of electric vehicles per capita than any other city in Connecticut, so the overall premise of the Model 3 was widely accepted. One driver in Westport with a Mustang GT pulled up next to an officer in the Model 3 and asked for a race. The officer replied, “Whether you’re faster or not, I will probably win.”

The driver of the Mustang said, “Beautiful car!”

The Westport PD even held a meet and greet event when the Model 3 was ready for duty so that citizens could come to get a closer look at the new cruiser.

The Model 3 Police Cruiser has been a hit among the officers and citizens in Westport, and the ride-along that was offered to Jesse and Zac of Now You Know was a great look at how the all-electric sedan has worked its way into the life of law enforcement.

The full interview with Westport Police, along with the ride-along, is available below.

Homeowners are saving 50% on heating with Dandelion’s geothermal system