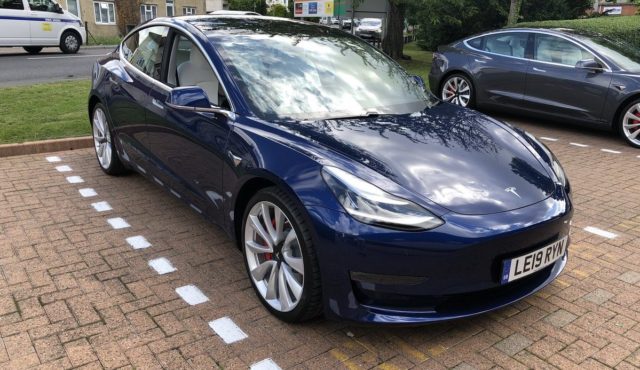 In what could only be described as a “milestone moment,” the UK Treasury has confirmed that employees who drive zero-emission company cars will pay no benefit-in-kind (BIK) tax for the year. This decision heavily incentivizes businesses to purchase electric vehicles for their fleets, which contribute to nearly six out of ten new car registrations in the UK today.

Under the updated rules from the government, those who choose zero-emission vehicles will pay no company car tax for the year from April 2020, followed by a measly 1% tax from April 2021 and 2% BIK from April 2022. This is in stark contrast to the BIK taxes placed on vehicles equipped with the internal combustion engine. A BMW 3-Series with a 2.0-liter diesel engine, for example, is priced at £32,000 (~$40,200). But due to its CO2 emissions of 110 and 115g/km, the vehicle will be subject to a 31% BIK rate from April 2020.

Employees who receive the benefit of driving a company car in the UK are obliged to pay additional personal income tax each year based on the vehicle's official value multiplied by the appropriate BIK rate and the employee's marginal income tax rate.

In a statement, the government noted that the regulations are expected to encourage businesses to make informed decisions about their purchase of fleet vehicles. “By providing clarity of future the appropriate percentages, businesses will have the ability to make more informed decisions about how they make the transition to zero-emission fleets. Appropriate percentages beyond 2022-23 remain under review and will be announced at future fiscal events,” the government stated.

It’s not just all-electric vehicles like the Tesla Model 3 that will benefit significantly from the UK’s updated policies. Plug-in hybrids could also take advantage of the government’s zero company car tax rate, provided that the PHEVs are capable of operating at least 130 miles as a pure electric car. Unfortunately, there are no PHEVs in the market today that meets this metric. This is quite ironic since BMW director of development Klaus Frölich recently stated that the carmaker is focusing its efforts in developing PHEVs with only 80 km (49 miles) of pure electric range. “PHEV gives them full freedom and 80 km of EV range,” he said.

Plug-in hybrids with short electric ranges, such as those mentioned by the BMW executive, will still see tax breaks, though they are notably less generous than those granted to all-electric cars. PHEVs that have less than 30 miles of electric range, such as the BMW 225xe Active Tourer, will be subject to a 12% BIK tax from April next year.

With these new regulations in place, the Tesla Model 3 has the potential to become one of the most competitive company vehicles in the UK. The car, after all, boasts 240 miles of range even at its Standard Plus variant, and it comes from a company that competes in the premium segment. Considering that company cars used by middle-level to upper-level employees are usually premium vehicles, Tesla’s midsize sedan might prove to be a perfect fit.

The turnover rates for company vehicles in the UK is quite quick, with approximately 300k-500k company cars coming off lease every year. If Tesla could tap into this market with the Model 3, the company could have a steady stream of EV buyers that will likely keep the demand for the vehicle thriving in the region for a considerable length of time. The UK’s company car market is now ripe for the picking for EV makers, and if Tesla plays its cards right, it could very well be on the lead to take the first bite.

The post Tesla Model 3 to be among the UK’s best company cars amid EV-friendly policy update appeared first on TESLARATI.

FIRST DRIVE: The Audi e-tron is an EV for Beginners