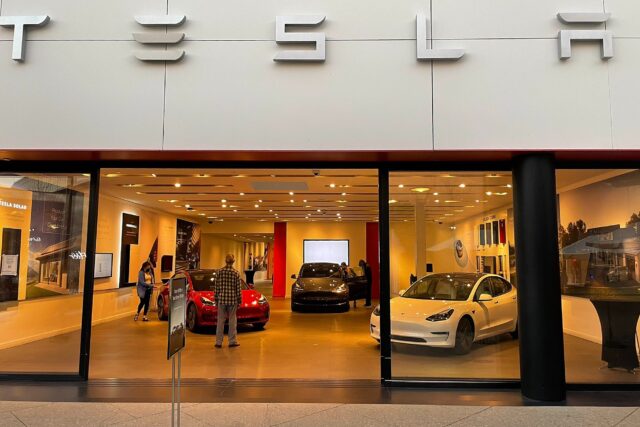 Recent reports from the electric vehicle community have indicated that some of Tesla’s showrooms are now lacking the Model S and Model X. These updates, coupled with the halt at the production line of the two flagship vehicles in the Fremont Factory last month, seems to suggest that an upcoming “refresh” of sorts is indeed poised to be rolled out soon.

As noted by the Tesla Owners of Silicon Valley group on Twitter, the Tesla Stanford showroom now only features the Model 3 and the Model Y as its display units. Other EV owners and enthusiasts later noted that Tesla showrooms such as the Century City site no longer have Model S and Model X displays either. Test drives for the Model S and Model X are reportedly unavailable for now as well.

What is rather interesting is that the Tesla Model S skateboard that has long been a staple of some showrooms have reportedly been pulled out. This has fueled speculations among members of the electric vehicle community that Tesla may be preparing to roll out an updated skateboard design for the two flagship vehicles, perhaps one that features some changes on the battery pack.

While the Tesla Model S and Model X has long been the electric car maker’s flagship vehicles, the large sedan and SUV were still equipped with some of the company’s older technology. This is especially notable in the vehicles’ battery packs, which still utilized 18650 cells, the same form factor that was used in the original Tesla Roadster over a decade ago. With this in mind, it definitely seems that some updates will benefit the Model S and Model X significantly.

No skateboards either. That’s the more interesting part. Meaning the refreshes model has a different looking battery pack or changes are more significant than we thought.

Tesla shut down the Model S and Model X lines late last month, on December 24, with CEO Elon Musk noting in an email that the vehicles’ production lines will be reactivated on January 11. Neither Tesla nor Elon Musk specified the reasons behind the shutdown of the Model S and Model X lines at the Fremont Factory, though speculations suggest that the halt may have been adopted to provide the company with time to update the two vehicles’ manufacturing lines as needed.

Tesla Would Like To Enter The Indian Market, If Not For Exorbitant Taxes