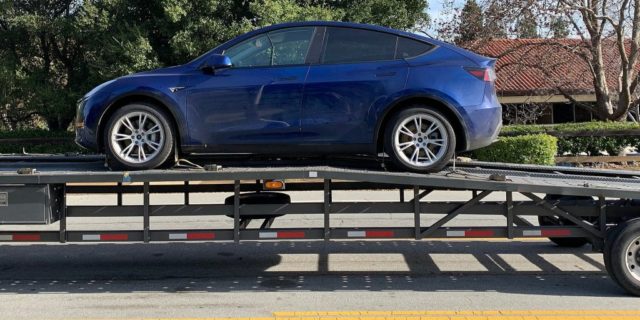 A Tesla Model Y release candidate was recently spotted on a car carrier truck just outside the electric car maker’s Palo Alto, CA, headquarters. Based on the features of the vehicle, this particular Model Y appears to have gone through some real-world tests.

The car was spotted by Twitter user @jzpchen, who took multiple photos of the Deep Blue Metallic Model Y and uploaded them to the social media platform. Unlike the first release candidates that have been spotted in the wild, this particular Model Y appears to be fully refined and almost ready for production. It’s even equipped with the same mysterious wheels that seem to be compatible with some aero covers.

Interestingly, the vehicle spotted in the photos looks to have a considerable amount of dust and dirt attached to it. This could indicate that this particular vehicle was not fresh from the factory in Fremont, but was instead used in road or even track testing. The car is also sporting a full “Chrome Delete” option that will come as standard. This cosmetic modification is one that is quite popular among Tesla owners, with many owners using aftermarket kits to black out their Model S, 3, and X. 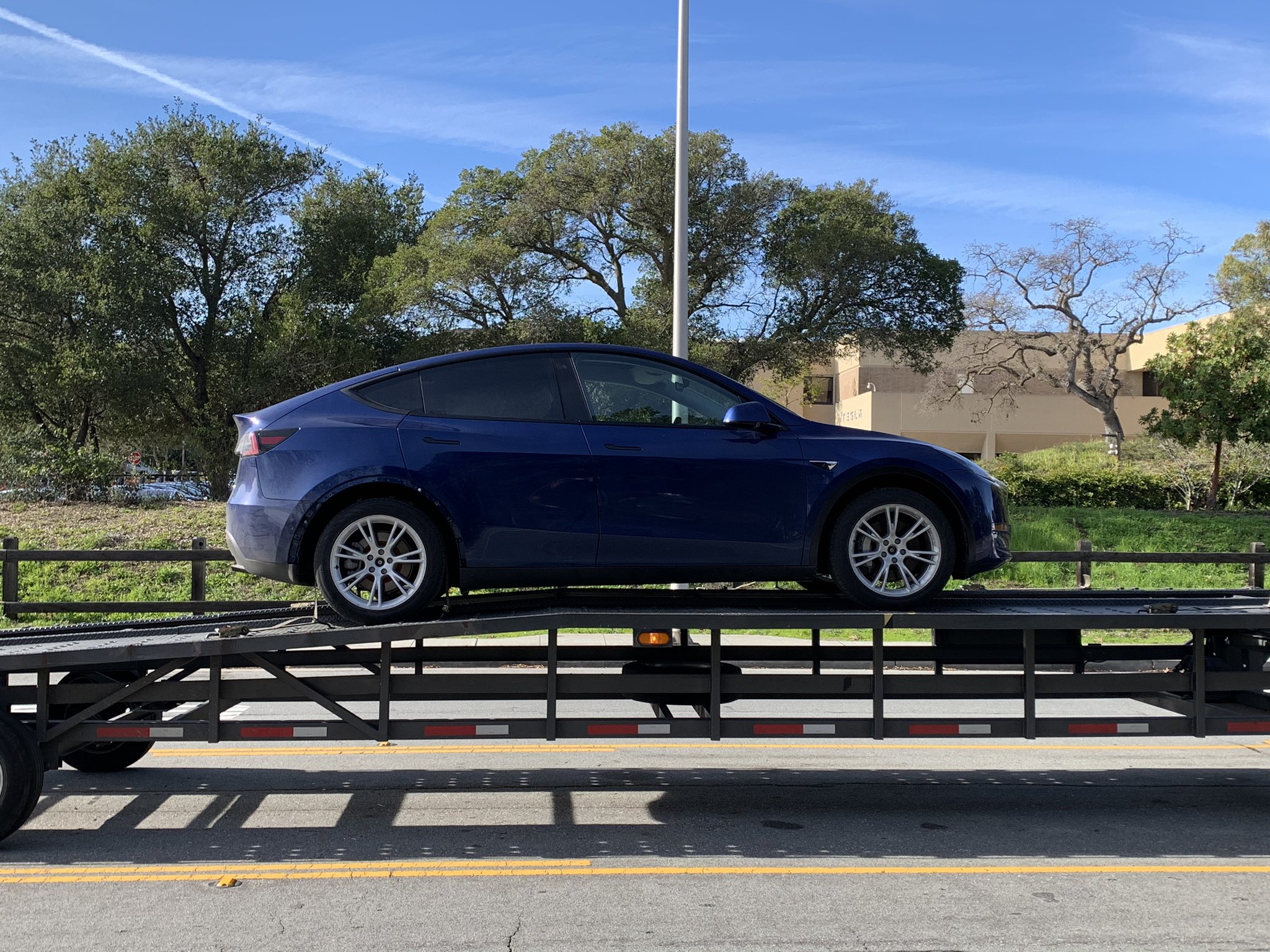 The Model Y has been spotted road testing multiple times in recent months and the vehicle has been spotted sporting things like a tow hitch and a third row of seats. The sightings are an indication that Tesla may be gearing up to finalize the vehicle’s final detail before it enters production later this year. 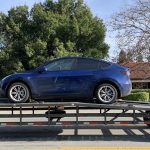 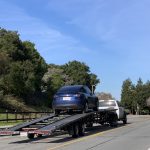 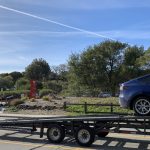 The Standard Range option will cost $39,000, while the Long Range RWD, AWD, and Performance variants will cost $48,000, $52,000, and $61,000 respectively. But just like Tesla’s other vehicles, the higher the trim, the more performance one gets. The Performance option of the Model Y will go from 0-60 MPH in 3.5 seconds according to Tesla. Even the Standard Range RWD, the most conservatively-specced of the line, will get to 60 mph in 5.9 seconds. That’s still within muscle car territory.

Initially, the Model Y’s Long Range variants were due to begin delivery in Fall 2020. However, Tesla announced during its Q3 earnings call in 2019 that production was well ahead of schedule and that they would be able to begin deliveries in Summer 2020 instead. The Model Y also holds the distinction for being the first vehicle that will be produced at Tesla’s recently announced Gigafactory 4 in Berlin, Germany, which is expected to go online by late 2021.

Big oil is getting a bailout from the United States after falling flat, but...

Tesla will surge 58% from current levels with improved battery supply set to drive...