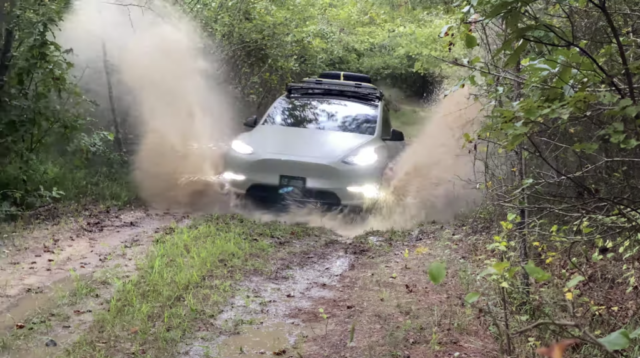 The Tesla Model Y crossover is a marvel of electric automotive engineering. While its compact SUV design has been geared by other automakers toward grocery-getting and hauling the family around, Tesla took a much different approach with their car. Not only would the versatility of the body design offer plenty of everyday usage for parents, but it would also offer impressive off-road performance, especially in-part to the inclusion of Off-Road Mode, which is an exclusive feature of the Model Y.

Brian Jenkins of the i1Tesla YouTube channel was one of the first content creators to get his hands on the Model Y back in March when Tesla started deliveries of the vehicle. Jenkins, a notable Tesla supporter and owner of several of the company’s cars, has put the Model Y through the wringer since owning the vehicle. Not only has his all-electric crossover been tested in off-road settings previously, but Jenkins has added several modifications to the car just to help its performance on challenging terrain.

Jenkins has a 4-inch suspension lift, along with All-Season Toyo A/T III tires, and aftermarket rims from TSW, all of which are geared toward increasing the Model Y’s off-roading performance.

Jenkins revealed the capabilities of the Model Y in his newest video, where he took the electric car through a series of challenging trails and off-road settings that were sure to be a tough task.

However, the Model Y managed to handle the challenge, and then some. Not only did the vehicle have relatively no problem scaling the standing water, the tough grounds, and the uneven terrain, but it was also confronted with another little-known obstacle: clay.

North Carolina, where Jenkins resides, is primarily covered in clay, not dirt or sand. When clay gets wet, it becomes exceptionally slick and similar to ice, which becomes challenging to navigate on for any car. This actually resulted in Jenkins losing control of the Model Y at one point, which resulted in a small ding in the trunk hatch. “It will buff out,” Jenkins said jokingly. 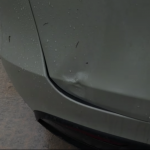 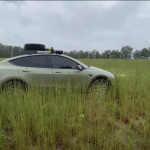 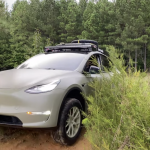 All in all, the Model Y did an impressive job. It managed to take on deep water, slippery clay pathways, and challenging slopes with relative ease, putting to bed any myths that all-electric powertrains are inefficient when confronted with challenging terrains.

Watch Brian Jenkins of i1Tesla use his Model Y on a challenging off-road course below.

Azealia Banks: Grimes is a Meth-Head Who Smells Like Nickels!