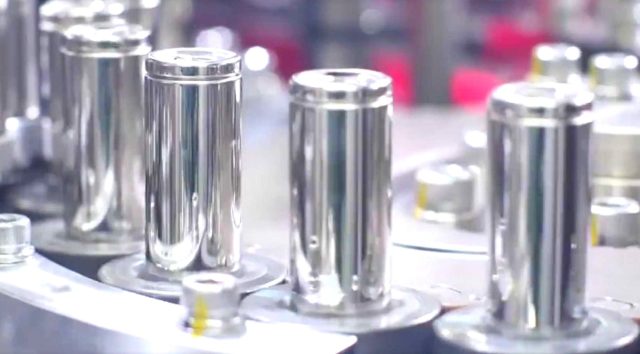 Tesla’s 2170 battery cells will increase in energy density by 20% in five years, the head of Panasonic’s U.S. EV battery business said. Panasonic supplies Tesla with the cells for its mass-market Model 3, which was manufactured for the first time in 2017.

Additionally, Panasonic will work to commercialize a cobalt-free version of its batteries for Tesla “in two to three years.” Cobalt-free cells would increase the positive environmental impact of driving an electric vehicle. One of Tesla’s main goals is to phase away from cobalt batteries, which is a controversial but crucial element to EV batteries.

The move from Panasonic is unprecedented and marks the first time a cell manufacturer that provides Tesla with batteries has put definitive future targets that will ensure the company stays ahead of its competitors for years to come. Reuters initially reported the findings.

Panasonic initially manufactured the 2170 lithium-ion battery cells for the Model 3. The cells are comprised of a nickel-cobalt-aluminum, or NCA, cathode chemistry, which has extremely high energy density.

High energy density means that vehicles can have increased range per charge. But their small size allows for increased spaciousness and lighter cars. Battery packs in electric vehicles tend to make up a majority of the car’s weight.

However, the company’s intention to have a cobalt-free EV battery cell within the next two to three years would revolutionize the way cars can operate. Cobalt, while useful and crucial for element stability in EV batteries, is highly controversial because of mining practices. In the Democratic Republic of Congo, it is highly reported that many of the miners are children.

This creates issues for companies that wish to remain ethical, but require the element because it is highly-functional in batteries.

Tesla has long maintained that it uses a series of due diligence practices to ensure that the cobalt it obtains is mined responsibly. In the company’s 2019 Environmental Impact Report, it stated that “Tesla is committed to making working conditions in our supply chain safe and humane, ensuring that workers are treated with respect and dignity, and that manufacturing processes are environmentally responsible.”

Eliminating cobalt from batteries would also increase the cost-effectiveness of the manufacturing process and would decrease the cost of Tesla’s vehicles.

Panasonic has been working on cutting cobalt content in its batteries to under 5% in the NCA cathode. It also plans to continue improving the battery cells in stages, according to Yasuaki Takamoto, who is Panasonic’s U.S. EV battery chief.

At the Tesla Gigafactory in Sparks, Nevada, Panasonic will begin converting lines at the factory to boost cell energy density.

Tesla has worked diligently with battery manufacturers to develop cells that will increase efficiency and decrease environmental impact. Additionally, the company has rolled out several updates that work to increase the efficiency of its vehicles. Most recently, the company’s Model Y received an update that deactivated the passenger side air vents when the seat is not occupied, which will make small efficiency changes.

Should add a few miles of range, more in slow traffic

Why We Need Self-Driving Cars ASAP!